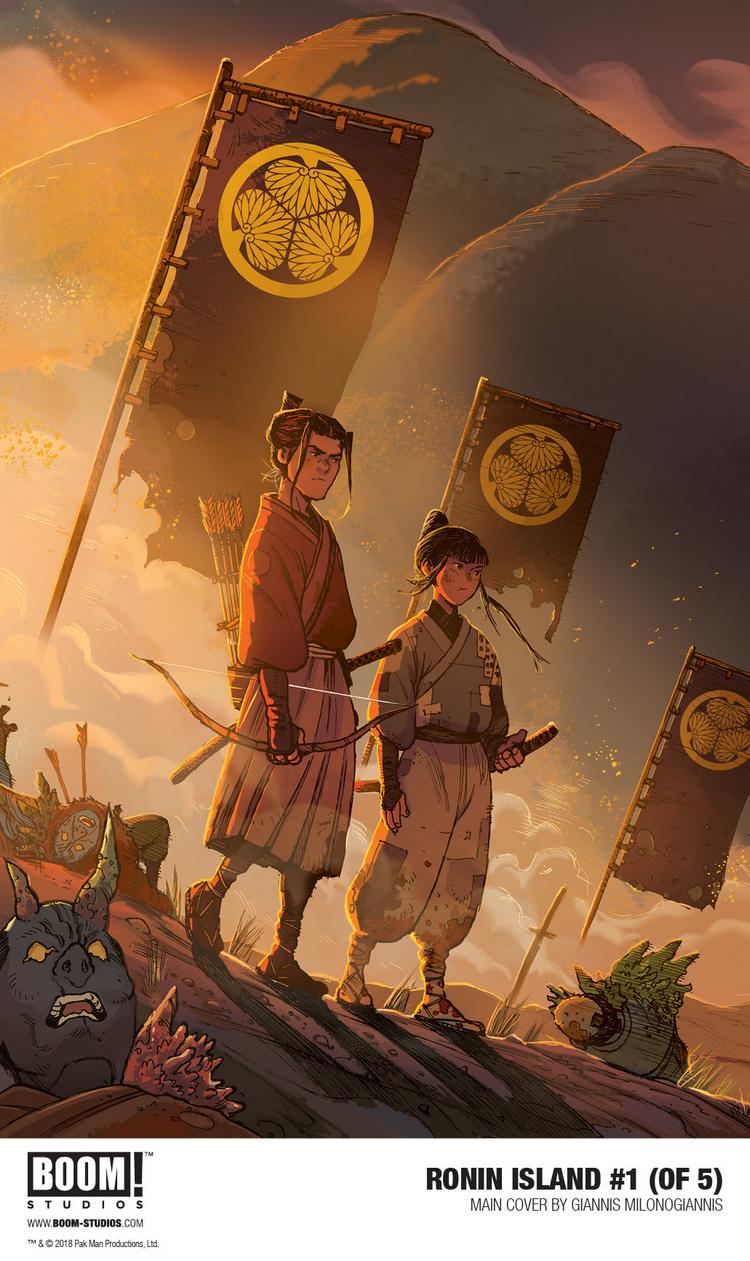 After a mysterious attack devastates a great swath of 19th century Japan, Korea, and China, survivors from all three lands find refuge on a hidden island and build a new society. Hana, the orphaned daughter of Korean farmers, and Kenichi, son of a great samurai leader, have little in common except for a mutual disdain for the other. But these young warriors will have to work together when an army invades the island with shocking news: the Shogun has returned and the Island is expected to pay fealty in exchange for protection from a new threat…a mutated horde that threatens to wipe out all humanity.

“I’m loving every minute of working on RONIN ISLAND for a hundred different reasons,” said writer Greg Pak. “It’s a gonzo genre mash up of samurai movies and horror, which I adore. It’s an achingly relevant story of how a community built of multiple diasporas stays true to its shared values when assaulted by an authoritarian enemy. It’s got a glorious pan-Asian cast and stunning art by the great Giannis Milonogiannis. And it’s all about young heroes struggling to do the right thing — and sometimes coming to opposite conclusions — in a dangerous, complicated world with sky-high stakes. Big genre action, eternally relevant themes, and massive heart. It’s my favorite kind of story, and I couldn’t be more excited!

“Now and then, a project comes along that just seems to be a perfect fit,” said artist Giannis Milonogiannis. “As someone interested in Japanese period dramas, atmospheric horror, and a fan of Greg’s previous work, I’m beyond excited to throw myself into RONIN ISLAND and for readers to join us in this fight for survival.”

“With RONIN ISLAND, Greg and Giannis have created a world that, while filled with the fantastic and monstrous, reflects that timeless struggle between the idealism of youth and the often-immovable structure of the authorities that shape our everyday,” said Cameron Chittock, Editor, BOOM! Studios. “Along with a supernatural threat, Hana and Kenichi face timeless questions asked of any person entering adulthood and the challenges of the real world.”

Print copies of RONIN ISLAND #1 will be available for sale on March 2019 exclusively at local comic book shops (use comicshoplocator.com to find the nearest one) or at the BOOM! Studios webstore. Digital copies can be purchased from content providers, including comiXology, iBooks, Google Play, and the BOOM! Studios app.

For continuing news on RONIN ISLAND and more from BOOM! Studios, stay tuned to www.boom-studios.com and follow @boomstudios on Twitter. 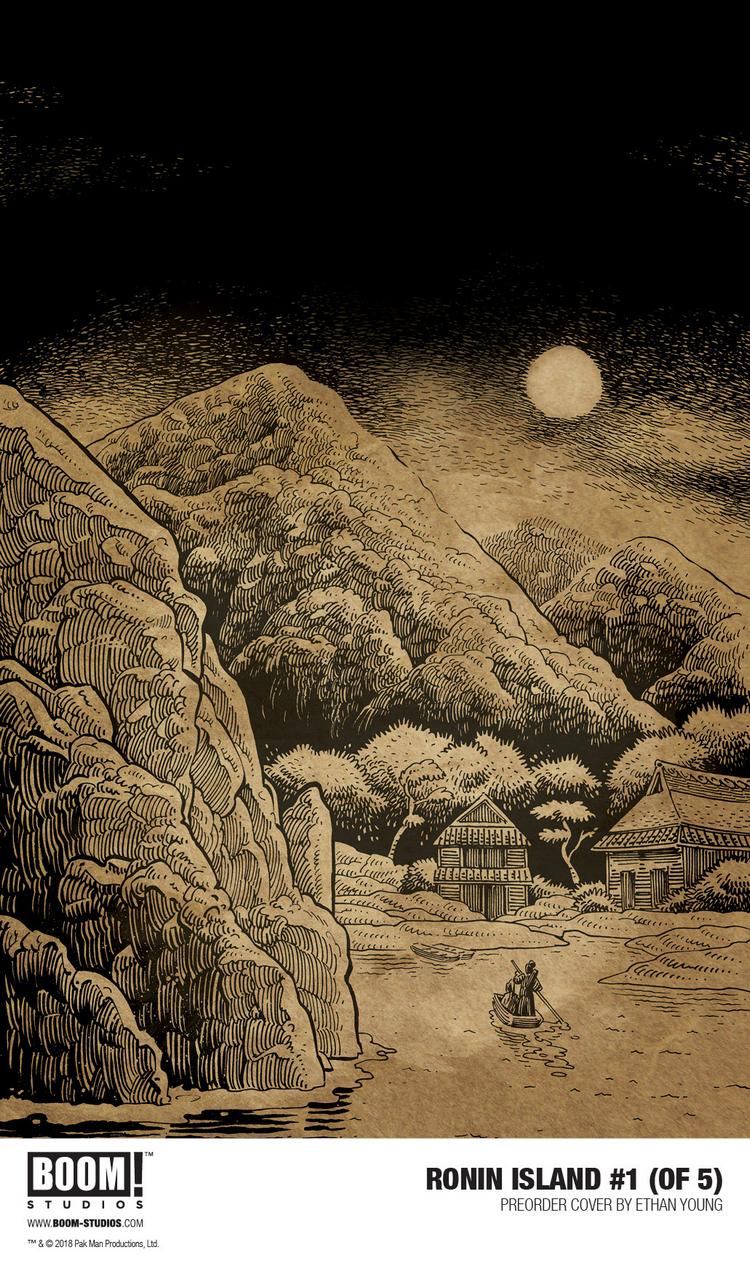 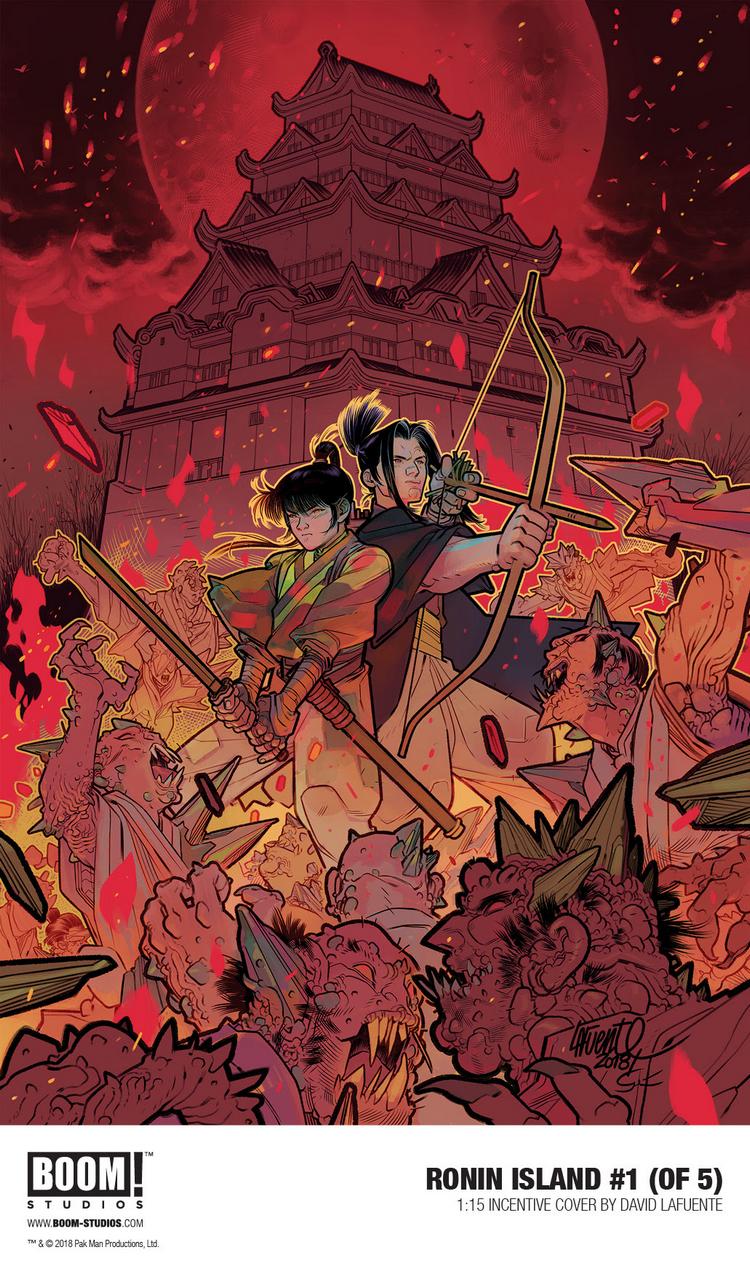