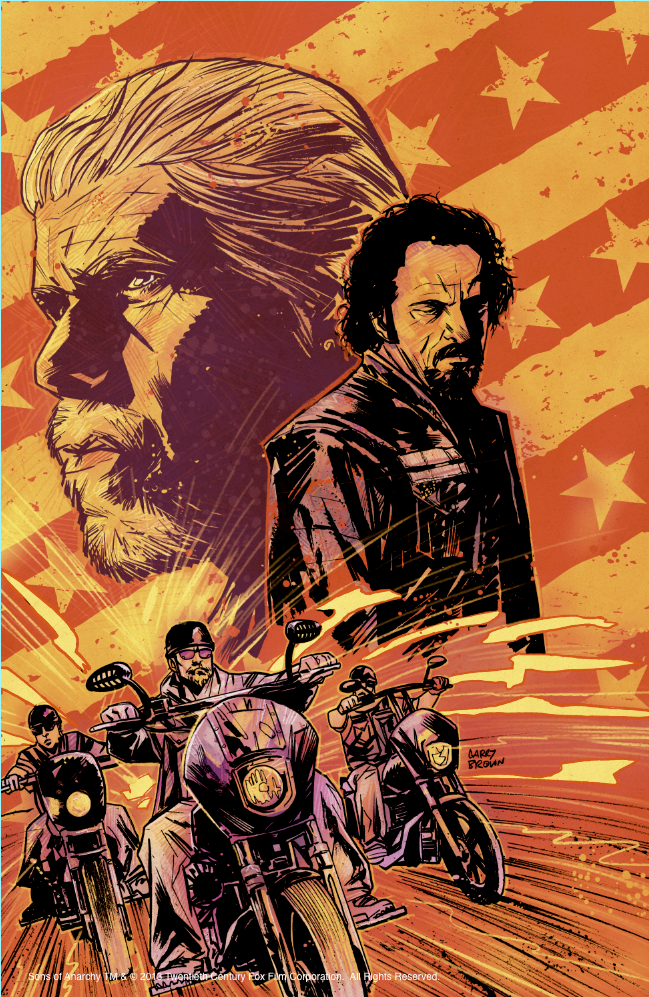 BOOM! Studios has formally announced their partnership with Twentieth Century Fox to bring Sons of Anarchy to the world of comics. 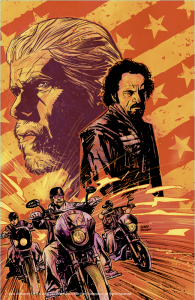 Los Angeles, Calif. – July 22, 2013 – The gun-smuggling outlaw bikers with complex pasts and gripping personalities residing in Charming, California will soon cover the pages of a comic book series launching in partnership with Twentieth Century Fox Consumer Products and BOOM! Studios.  As a modern vision of the outlaw genre, the widely-popular “Sons of Anarchy” drama will launch its first comic book issue in comic shops nationwide beginningSeptember 11, 2013.

“Our team at BOOM! Studios includes some of the biggest fans of ‘Sons of Anarchy’ and with our long-time desire to create a comic series around the show now a reality, we couldn’t be more excited,” said Ross Richie, CEO of BOOM! Studios. “We are focused on adding to the mythology of the show in a way that is authentic and meaningful, while working closely alongside Kurt, FX and Fox so that the fans get the best experience from a ‘Sons of Anarchy’ comic.” 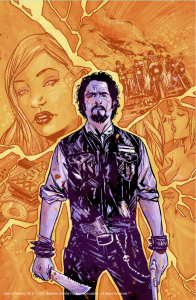 With Season 6 in production, “Sons of Anarchy” has received the highest-rated telecasts and series accolades in the history of FX. The show is an adrenalized drama with darkly comedic undertones that explores an outlaw motorcycle club’s (MC) desire to protect its livelihood while ensuring that their simple, sheltered town of Charming, California remains exactly that, Charming. The MC must confront threats from drug dealers, corporate developers, and overzealous law officers. Behind the MC’s familial lifestyle and legally thriving automotive shop is a ruthless and illegally thriving arms business.

“Sons of Anarchy” is produced by Fox 21 and FX Productions.