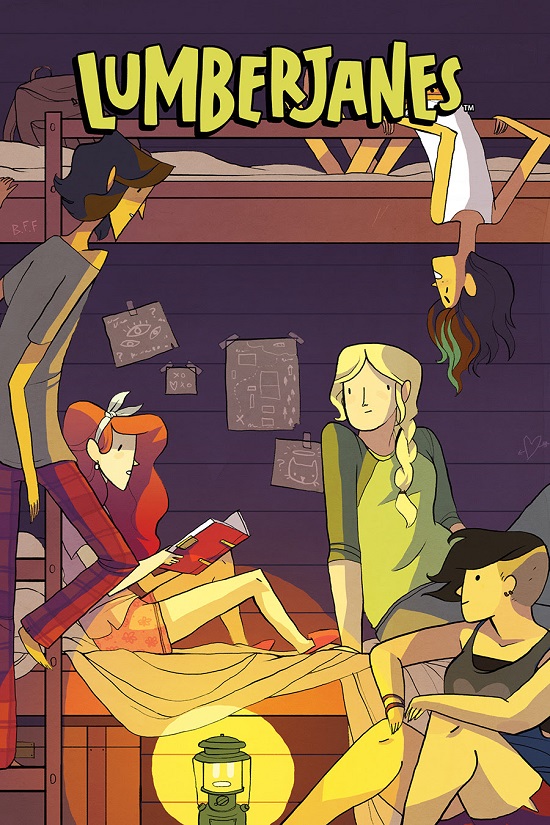 BOOM! Studios has announced Lumberjanes by Noelle Stevenson, Grace Ellis and Brooke Allen will be upgraded to an ongoing series.

May 19, 2014 – Los Angeles, CA – Sweet Bessie Coleman! LUMBERJANES fans around the world have asked, and BOOM! Box, an imprint of award-winning publisher BOOM! Studios, is pleased to announce that LUMBERJANES is now officially an ongoing comic series. Written by fan-favorite Noelle Stevenson (ADVENTURE TIME, Nimona) and Grace Ellis, co-created by BOOM! Studios editor Shannon Watters, with art from Brooke Allen (A Home for Mr. Easter), LUMBERJANES was originally slated to run for eight issues but has essentially been “promoted” due to overwhelming praise from critics and fans alike. The series is a fun mix of Buffy the Vampire Slayer meets Gravity Falls, featuring five rad, butt-kicking teenage girls who go to summer camp, fight monsters, and discover a mystery that puts the whole world at stake, all while championing the power of “friendship to the max!”

“Seeing the reaction to this series is exactly why we do what we do here at BOOM!,” said BOOM! Studios Editor-in-Chief Matt Gagnon. “There’s been an outpouring of love and support for LUMBERJANES, and much of that has come from fans who are picking up a comic for the first time in a while, if not for the first time ever. Noelle, Grace, Brooke, and Shannon have built an incredible comic book series that anybody can enjoy. ‘Friendship to the max’ sums it up perfectly.”

Jo, April, Mal, Molly and Ripley are five best pals determined to have an awesome summer together…and they’re not gonna let any insane quest or an array of supernatural critters get in their way! Not only is it the second title launching in our new BOOM! Box imprint, but LUMBERJANES is one of those punk rock, love-everything-about-it stories that appeals to fans of basically all excellent things.

“Noelle Stevenson, Grace Ellis, and Brooke Allen’s LUMBERJANES could be your new favorite series—or your daughter’s, or your dad’s, or your little cousin’s. It’s an utterly loveable example of how well all-ages comics can work when they shoot for the moon instead of aiming for the lowest common denominator.” – Comic Book Resources

“Honestly, this title has the potential to be a new favorite cult hit. …Stevenson, Ellis, Allen, and Laiho definitely deserve their merit badge for having me want more from this series.“ – Newsarama

“LUMBERJANES is a comic that’ll surprise you. It’s bizarre, over the top and extremely silly. That might sound like damning praise, but if you’re fan of stuff like Adventure Time or Gravity Falls, you’ll love the tone and look of this book.” – IGN

“LUMBERJANES is just plain enjoyable; it’s a delightful read with great energy, and it’s one of the books I look forward to most because it’s just so fun.” – Comicvine

“LUMBERJANES is a labor of love, and it shows, from the lighthearted script to the playful art and lettering. Share this one with your whole family, because summer is right around the corner and it’s not too early for a little camping adventure.” – Multiversity

The first two issues of LUMBERJANES are already out in the wild. LUMBERJANES #3 arrives in comic shops on June 11th with a cover price of $3.99 under Diamond order code APR140998. The main cover is illustrated by Noelle Stevenson, with an incentive cover available in a limited quantity by Faith Erin Hicks (Friends With Boys). Not sure where to find your nearest comic retailer? Use comicshoplocator.com or findacomicshop.com to find one! It’s also available for order directly from boom-studios.com. 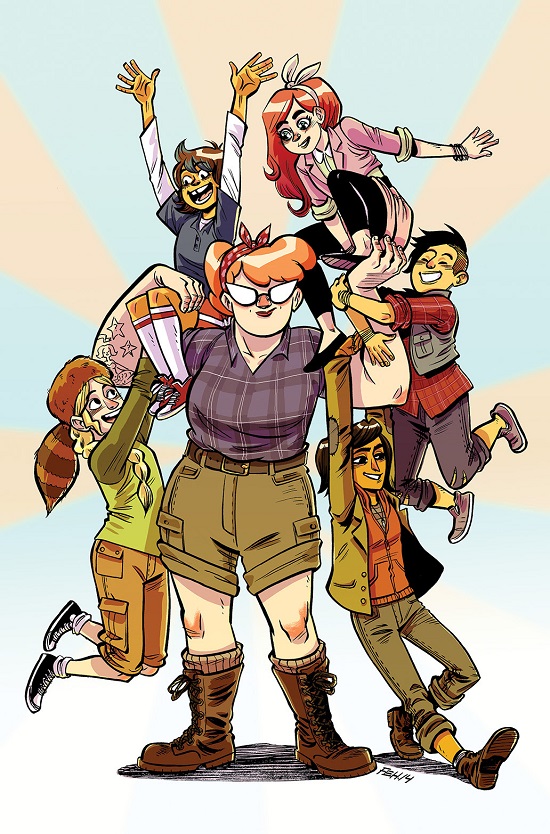