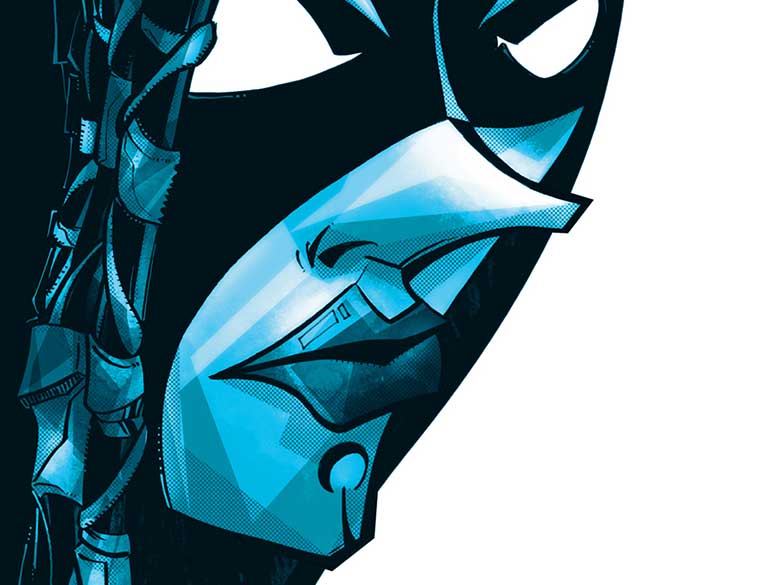 In a world where the Internet has been exceeded and technology has a decisive influence in human behaviour, in a place not very different from our world, a heroine emerges. Gaby, better known as Cuervo eléctrico, is a woman who can find information in the most hidden places of Nervo, a gigantic network. 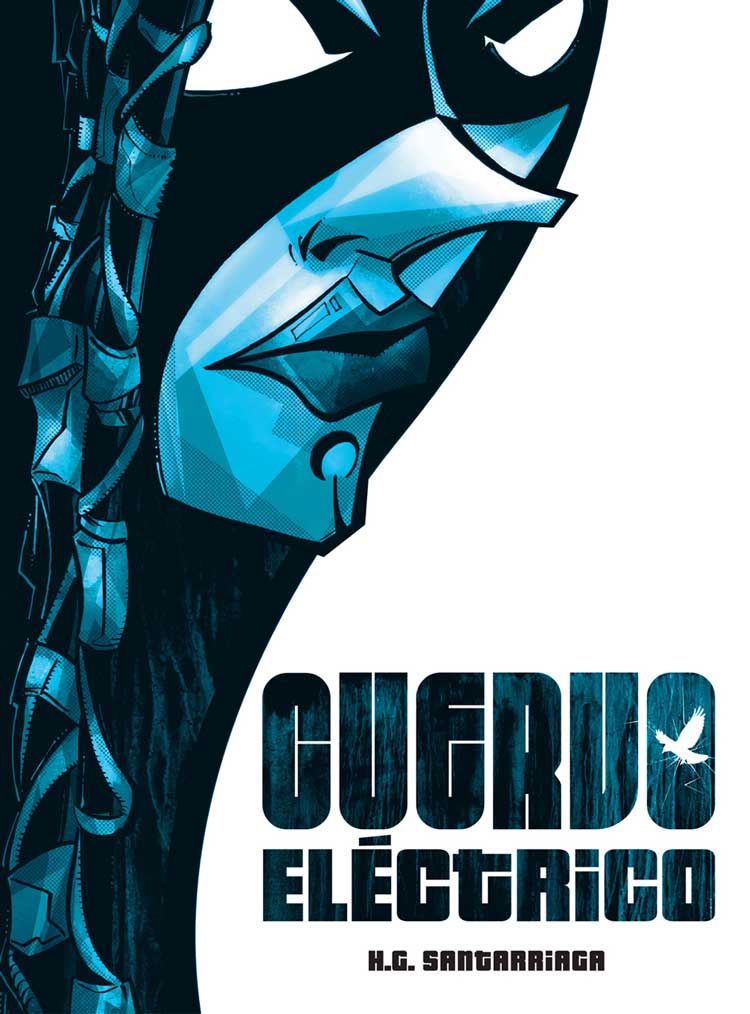 Nervo once was a safe place where everyone put their information — the government, the public institutions, the common people — a place that holds every name, every number, every piece of information. Once, Nervo was like a big and modern city: crowed by users’ avatars who wanted an escape from their reality: full of skyscrapers made by data, crossed by highways taking information to one place to the other and surrounded by walls and columns made of pure information.

Everything was there. Although the important information was hidden, protected, far away from the common users. Nervo was strictly controlled by important and powerful corporations. Until Dirty love, an anarchist entity, attacked the walls and transformed Nervo into his home.

That enormous place with cosmic dimensions and strong buildings is now a place invaded by chaos and anarchy. The city is now a savage and dangerous place full of threats: monsters, thieves, bounty hunters and most important, Dirty Love and his followers, the Dirtylovers. 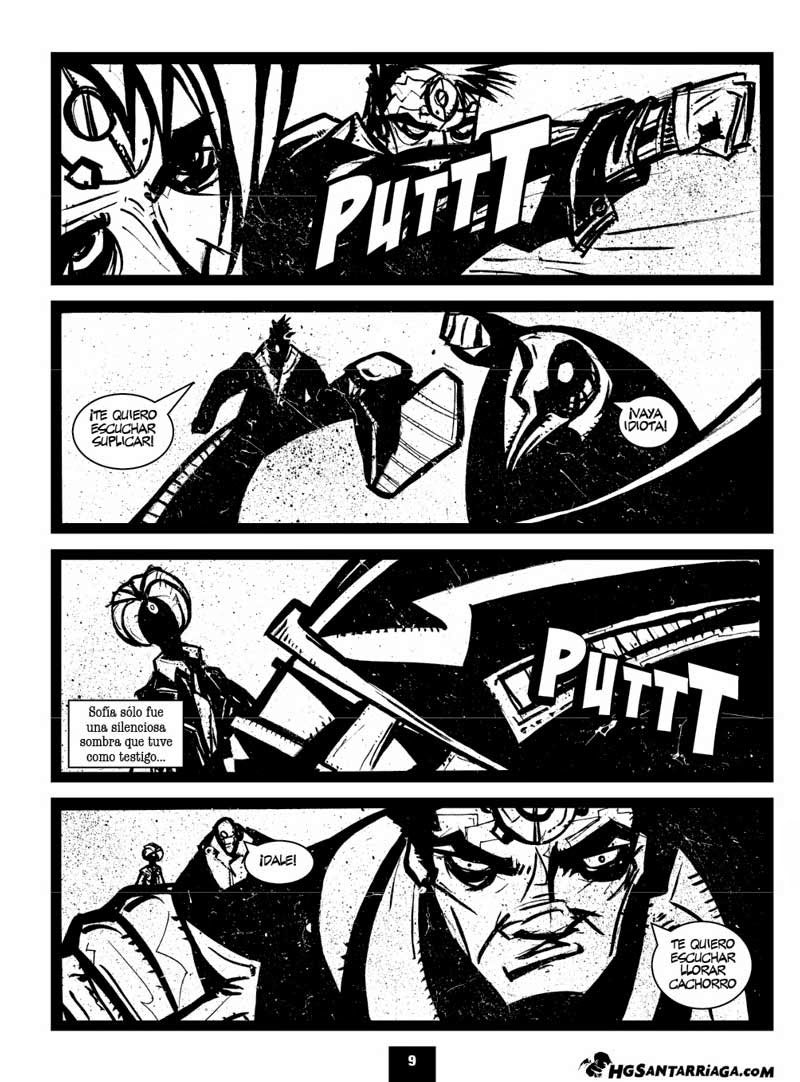 In a place where confusion and disorder reigns, everyone has to be very careful and protect their avatars with the most sophisticated and strong protections against all kind of dangers. Even when the users are not physically in Nervo, they get inside of it by neuronal implants so they can be harm or even killed.

The avatars are not only a visual representation of the users furthermore, they are projections of who they really want to be. It is here where Gaby works. Employed by an agency, she has to collect information from the ruins and face terrifying creatures but furthermore, face herself.

Cuervo eléctrico by Héctor Germán Santarriaga is a graphic novel recently published by Nostromo ediciones, a Mexican publisher established by the author and his college Valerio Vega. Both HG Santiarriaga and Valerio Vega are comic book artists and created a hole dystopian and cyberpunk universe where their stories take place. Their narrations question the human nature and how the technology is changing the way we, as human beings, understand ourselves.

From cyber heroines to cosmic goddesses, from cybernetic villains to tough avengers, the characters speak to the reader, making him part of the story so he can empathise with their experiences and also question the ethical implications of their behaviour.

Nostromo ediciones has become an important reference in the Mexican comic scene since is a publisher created by artists. The creative and the publishing process is all in charge of them and every single book has a special scent, a style and furthermore, quality. 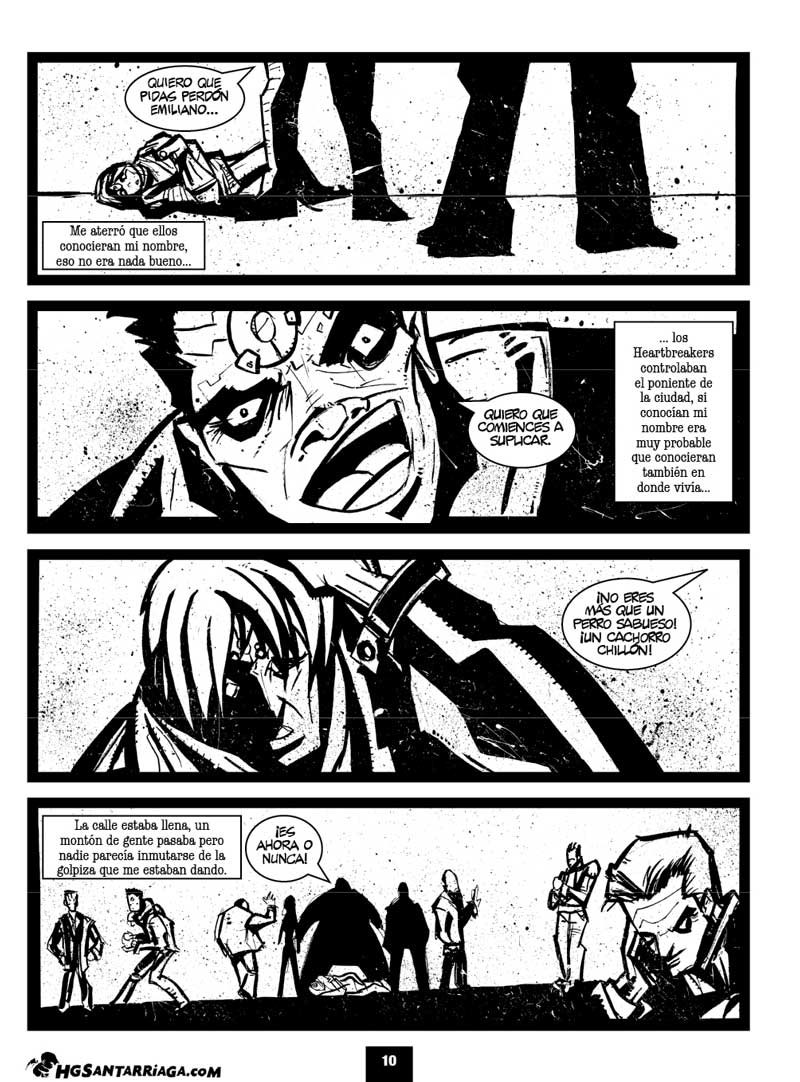 Specifically, Cuervo eléctrico, has an interesting creative process. This graphic novel is the result of a challenge Les 24 Heurs de la Bande dessinée, organized by the French Embassy in México. A group of artists are invited to participate in the challenge that consist in create a comic with 24 pages, in 24 hours. The topic is given right at the moment and the artists have to fight against time but furthermore against their selves, against tiredness, against the lack of inspiration, to create a story with the comic language.

HG Santarriaga achieved the challenge and create a female character who looks alike Aeon Flux, skilled, intelligent, strong with an interesting sense of justice and freedom. Gaby — known in Nervo by her avatar, Cuervo eléctrico — works in a very competitive and aggressive environment, so she has to use her abilities to secure her job but more important, her position, herself. In the graphic novel, she has to gather information from a mysterious cave where she is forced to question herself and the meaning of her existence.

The story has also a resemblance of the anime movie Ghost in the Shell where Major Kusanagi, is part of a secret and highly specialized security unit, but her contact with the Puppet master change her way to understand the meaning of life and reality.

Cuervo eléctrico is part of the cyberpunk universe where the human being is intimately united to technology and cyber communication. Living in a constant war against chaos, Gaby tries to believe in an ideal but she knows that she lives in a falling dream: the illustrated project failed and progress only lead to destruction and lack of awareness. 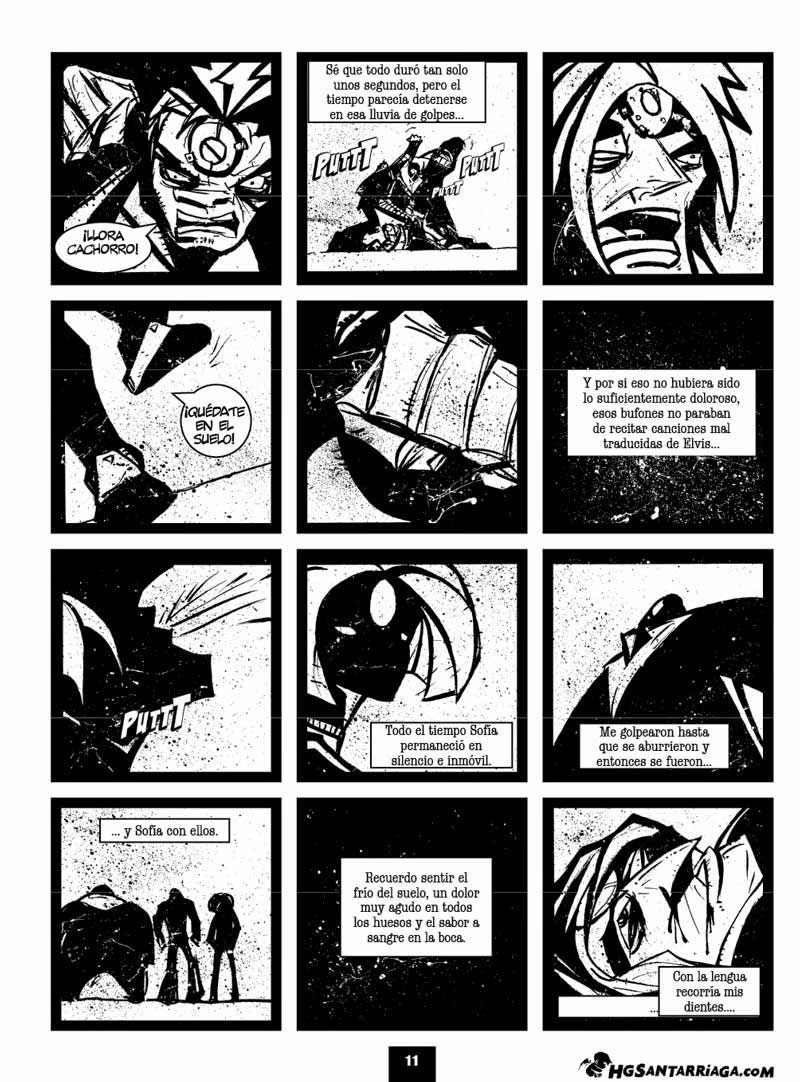 In a place surrounded by ignorance and fear, she lives in solitude, in a simulated reality where the limits between reality and virtual-digital reality are completely blur: what happens in the network is completely real. In a world with constant fights and conflicts, Gaby faces her own war, the problem of freedom and free will in a world where everything is controlled by different instances of power.

Another important aspect of Cuervo eléctrico is music. The author inserts different fragments of songs all along the graphic novel and these create an atmosphere into the black and white pages. These details allow the reader to listen the songs and expand his reading experience, so the worlds and the drawings interact with the music.

It is also important to suggest that the main tittle of the book is inspired in a verse from the song The Joke’s on You by Porcupine Tree, so the music is not a simply ornament it is part of the creator’s universe.

Overall, Cuervo eléctrico tells a story where the very nature and porpoise of the hero is questioned, opposites are put in contact and the reality is constantly changing. Contrast characterized this graphic novel, the black and white create a strong visualization of the page and the actions scenes create a balance between the silent and calm moments, making of Cuervo eléctrico an intense graphic novel.