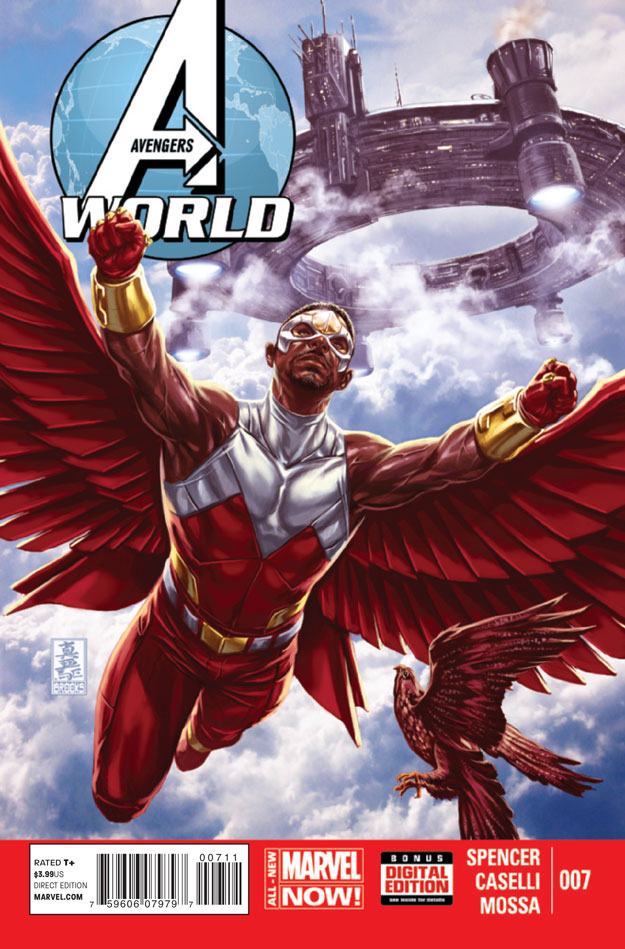 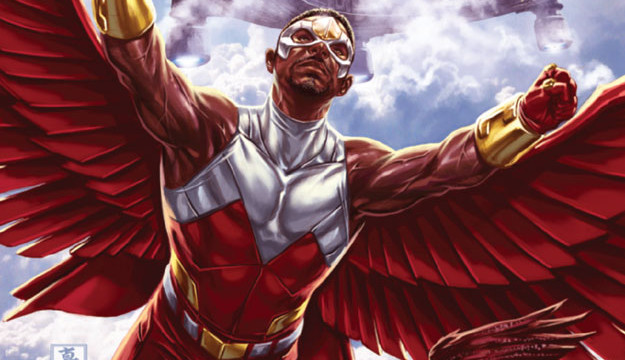 Nick Spencer and Stefano Caselli check in with the Madripoor team in Avengers World #7, an issue that addresses the “World” aspect of this team and creates what could be a very interesting new situation in the Marvel Universe.

With Avengers World, Nick Spencer has done an excellent job showing how dangerous the world is and how thin the Avengers are stretched. Even with a seemingly massive roster there aren’t enough bodies to handle the threats and the pacing of this series has showcased that well. Single issues rotating through the various theatres established in the beginning of the series gives each issue a feeling like the world is going to hell in a handbasket and we’re watching heroes simultaneously battle to save the world as a whole. Spencer takes the global concept up a notch in this issue, introducing a dynamic group of individuals from another nation that immediately brings an element of intrigue into Avengers World. Are these characters friends or foes? Should the Avengers trust them? Do they have a choice? Global politics is always a tricky business and I applaud Spencer for acknowledging that. America is not the only superpower that is interested in saving the world, nor are other proud nations about to rest on their laurels and wait to be saved. The introduction of these new characters in this issue could have widespread ramifications for the Marvel Universe and they were a lot of fun to read. There’s a level of excitement whenever a new character is thrown into the mix and Spencer seized that feeling very well. It has been very clear from the beginning that Spencer has been building to a very large scale global look at the Marvel U, and pieces that have been set up along the way are really starting to pay off in this seventh issue. He writes these characters very well, giving The Falcon a great voice in this comic, and using individuals to narrow the focus of this sprawling epic. Spencer balances the large view of the overarching stories with very personal views from the trenches and it works. Avengers World is one of those rare titles that manages to build a huge narrative while focusing on individual characters and it utilizes the bi-weekly shipping schedule well to let the story unfold slowly without being forgotten due to there being a month between issues.

Stefano Caselli provides rock solid art in Avengers World #7 and his skilled work is probably the best argument for this series to not be a weekly. Caselli has not missed a beat in this series and while Marco Checchetto was a strong fill-in artist last issue, seeing Caselli’s work in Avengers World just feels right. His line work is crisp and sharp, delivering detailed artwork that is damn near flawless. His facial work is strong, his action sequences are fantastic and the new characters that are introduced in this issue are dynamic and powerful. He introduces them well and his designs for the new characters make them leap from the page. Caselli is one of the best in the business and he is showing in Avengers World that massive casts, big action and subtle character moments are no match for him. The colour work by Andres Mossa brings a richness to Caselli’s pencils that cannot be ignored. The two work very well together to create an engrossing world that sucks you in and is visually dynamic. This is top flight superhero artwork from a skilled artist and colourist and it is worth the price of admission regardless of the story.

Spencer and Caselli are on fire and Avengers World is one of the strongest and most consistent titles coming from Marvel. Issue #7 adds some very interesting elements to the overall story and Marvel U as a whole and I am very excited to see where this book is going. The quality of this title rivals Hickman’s Avengers, and this issue is a must read for anyone who is interested at looking at the Marvel Universe as a whole rather than pieces.