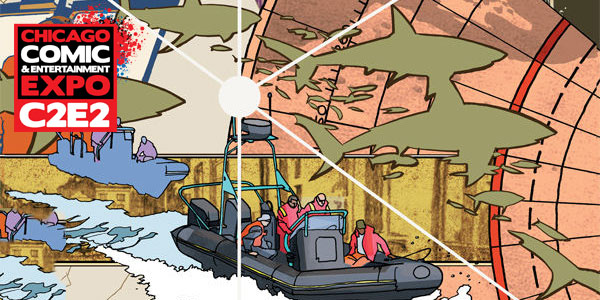 Over the course of the Chicago Comics and Entertainment Expo (C2E2) last weekend, I interviewed several creators about their upcoming work and ongoing series. First up, I had the distinct pleasure of speaking with Brian Wood at the ever-bustling Dark Horse Comics booth about two of his current series. Brian and I talked at length about his creator-owned series The Massive, the tale of a man who abandons war just as the world begins to crumble around him, and the simply named Star Wars, the newest hit series focusing on the adventures of the original cast of Episode IV directly after the events of that film. 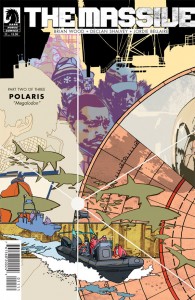 Matt Santori: Brian, thanks so much for taking the time on what’s clearly a very busy day!

The search for the Massive clearly represents something greater than simply the reunification of an organization. What are your thoughts about Callum’s mission and the emotional nature behind its urgency?

Brian Wood: The thing with Cal is he has this previous life that’s violent, that he swore off to begin a new activist life. It’s very admirable and everything, but his past won’t leave him be. It keeps coming back and haunting him, and especially with the Crash, you’re seeing how he’s being pushed back into old, violent habits. It’s a changed world — and he keeps struggling against that — while Mag is fully embracing his past in the context of this new world. So that’s really Cal’s main drama in the search for the Massive. He might think, if I can just find that ship, everything will be better. It’s not as simple as that, but I think that’s his primal urge. And also recently, in the story, he has a ticking clock in the form of his health too, which is just adding a lot of pressure.

MSG: Mary and Mag are the two Ninth Wave members with seemingly the strongest loyalty to Callum, although Mary’s history and motivations seem constantly in question. What do you see as their respective roles in the series, and what are they meant to illuminate about Callum’s mission?

BW: Well, Mag represents Callum’s past life. He’s his fellow mercenary and brother-in-arms. And Mary is somebody that Cal met at the beginning of his current, more peaceful, pacifist life. And both are urging him in different directions. Mary is a deliberate mystery. I keep seeding clues and my editors get worried that I’m pushing it too fast, but I think it’s OK. There’s a lot more to Mary, as we’ll find out. In a lot of ways, the whole series will kind of pivot on her. There’s clearly more to her than meets the eye. 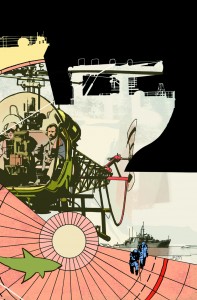 MSG: In The Massive we are reading about the post-apocalyptic world of sorts. Is there a single spark that led to the Crash that will come to light, or will your focus remain solely on the aftermath of these world changing events? Does it even matter to the narrative?

BW: I feel like the Crash itself is the mystery of the series. It does matter. It is important.

MSG: This series is particularly unique for its focus almost exclusively on the open seas and ocean. What is it about the setting that you find so compelling?

BW: I always liked Man vs. Nature stories when I was a kid. Like the Jack London books I was obsessed with — Big Red, all these books kids read — about being in the woods and surviving blizzards. I think it makes for great drama and you can use it to bring out all the aspects of a character that you might not otherwise see. Also, I think it’s visually impressive to have these epic vistas and scenes. I’m always encouraging the artist to pull back and zoom out, to see more and more world. It’s a stylistic choice mostly at its core, and in some ways just for me, to be a little self-serving. (laughs)

MSG: Issue #11 featured the appearance of a Megalodon, a previously thought extinct species. Will we be seeing any other secrets unearthed by the Crash?

BW: Yes and no. That’s kind of a special case, where I’m stretching science a bit. It really ties into the mystery of the ocean, and possibly the mystery of the Crash as well. The ocean is this unknowable, uncharted force of nature, but also this thing that no one can control.

MSG: Do you have a set number of issues in mind for The Massive? Do you know how this series will end?

BW: The series has a hard target ending as a thirty issue book, and I’ll be landing right on the target with a very finite ending. 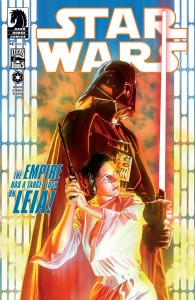 BW: I’m a forty-one year old guy, so of course I saw Star Wars in the theater. That will always be the first film in my eyes. So I grew up with it. I feel like I’ve been a Star Wars fan my entire life. It would wax and wane at times, but when I started writing the book, I was shocked at how much I knew — how much I had absorbed and retained from my youth onwards. I knew a lot of trivia.

MSG: The focus on Princess Leia in your Star Wars series, particularly as a pilot and active protagonist, has been so refreshing. What drove you to start off the series with her in the lead as you did?

BW: When I was originally pitching the book, I put into my document (as almost an afterthought) that I wanted to make Leia an X-Wing pilot. When the notes came back from LucasArts, they thought that was good, because so much of the time in other novels, Leia is always, as they put it, “in a conference.” She’s always being the diplomat, or sitting at a table, or wearing a beautiful gown, and not ever mixing it up in a sense, like being a pilot. I felt that was very at odds with the films, where all she does is full-on action. I always say, the first thing we ever see her do is shoot a Stormtrooper. And it’s off from there, always fighting and flying and mixing it up. So, once I heard there was a dearth of this in other stuff, I really wanted to push it and make her a central force in the first part of the series. 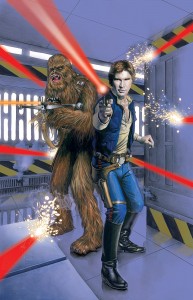 MSG: Darth Vader is clearly shaken in the aftermath of his defeat on the Death Star, leading to the introduction of two new Imperial leaders, Birra Seah and Colonel Bircher. Why did you feel the need to bring in additional antagonists? Are they designed more to play off of Vader or the Rebels, or both?

BW: Eventually both. Right now, one of them — Colonel Bircher — is Vader’s enemy for lack of a better term. He represents Vader falling out of favor with the Emperor, the new upstart and favorite, and it clearly pisses Vader off. Birra is who Vader sees as someone to help him with his double mission of getting his way back on top in regard to the Emperor and addressing his own feelings of failure over Yavin. We just met Birra, but she becomes Vader’s spy.

MSG: Are there any other teases or spoilers you can leak for Comicosity’s readers?

BW: Coming up in The Massive, with the beginning of the second year in issue #13, I’m doing a big nod to DMZ and setting a story in Manhattan. It will be a very different kind of ruined New York than we saw in DMZ. So, that’s going to be fun.

MSG: Thanks so much, Brian! I really appreciate having the chance to talk!

Brian Wood writes the monthly series The Massive and Star Wars for Dark Horse Comics, as well as Ultimate Comics X-Men and the upcoming relaunched Marvel NOW! series, X-Men, coming in May!