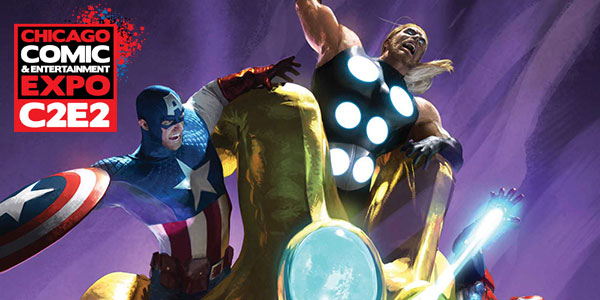 Marvel Comics has been all over the news with their Marvel NOW! initiative, but coming in June, the Ultimate Universe is about to start making headlines of its own. Joshua Hale Fialkov, writer of I, Vampire over at DC Comics and Alpha: Big Time for Marvel, will be blowing up the team in a really big way, and I grabbed a few minutes of Josh’s time on the run at C2E2 in Chicago to find out what fans can expect with his arrival. 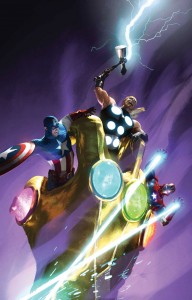 Matt Santori: Thanks for taking the time out of a busy con to chat, Josh, and congrats on the writing chores for The Ultimates! How did you come to taking on the series?

Joshua Hale Fialkov: I’ve been friends with Sam Humphries for years and known the editor, Mark Paniccia, for years, and it just so happened I was doing Alpha: Big Time. My Alpha editor was next door to Mark, and it was literally, “You know who’s great?” And I am great! (laughs) It was literally right-place, right-time. I am unbelievably lucky.

MSG: Rumor has it you are coming on and immediately blowing up the team, a la Bendis on Avengers Disassembled.

JHF: I am! I’m following up on stories Jonathan Hickman and Sam both started, but as people who have read my other books know, I have a problem with status quos. I don’t like them. I think the best status quo is one that constantly changes. So my first thing out of the gate is to destroy the Ultimates and start from scratch, to some degree.

I’m a big fan of the Ultimate Universe. I’ve been reading it since it started. For me, it’s a lot about going back through all the stories that I remembered and thinking, “What ever happened with this? What ever happened with that?” And I get to pick and choose all the best stuff. They’ve been so awesome about letting me kind of do what I want. It’s amazing and a huge opportunity. I love it! 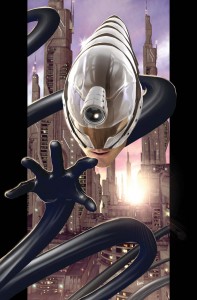 MSG: Your team seems to be a little more Fantastic Four-focused than the current core group. Can you speak to what you find compelling about that set of characters in the Ultimate Universe?

My favorite thing in the Ultimate Universe are the villains. I think they’ve done such an great job — specifically with Banner, with Reed Richards, and also with Quicksilver. In Ultimate Wolverine, you’ve really gotten to see Quicksilver come into his own as a villain. So, those three characters — plus we also have our mystery fourth character, who is also a villain in the Ultimate Universe, but we don’t know who just yet.

Both Reed and Bruce — but also Pietro — don’t see themselves as villains, because, number one, no one sees themselves as villains. But furthermore, they’re not wrong. Right? Their methodology is wrong, but the point that they’ve tried to make and the things they’ve tried to do actually are for the betterment of mankind. It’s just a disagreement over methodology. That’s really the focus of it for me. 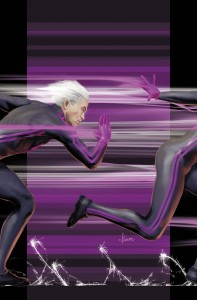 MSG: With so much of the Marvel Universe taking cues over the last 10 years from the Ultimate Universe, is there a pressure, or maybe an opportunity, to go even more crazy with the team?

JHF: It’s definitely an opportunity. It’s really fun because what’s going on in the 616 — the main Marvel Universe — is so out there already, we sort of have license to just go even further beyond that. And the guys have been really open to what I want. Every time I turn ideas in, I expect them to go “Whoa! Whoa! What are you doing?” And they’ve yet to say no to anything. It’s really been liberating.

MSG: With characters that are somewhat antagonistic in themselves on the team, what kind of villains (or heroes) do you see the team facing?

JHF: Can’t talk about it yet! It’s a surprise! But I think I can tell you that the first arc is Reed’s team versus the Ultimates. 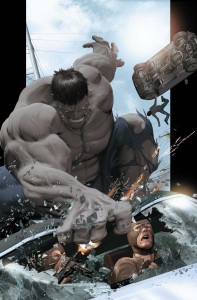 MSG: Are you working on the book in isolation, or closely coordinating with Brian Michael Bendis on Spider-Man and Brian Wood on X-Men?

JHF: We talk regularly. We all know what’s going on in each other’s books. That’s one of the other things I want to do. I’m really focused on helping to build a cohesive Ultimate Universe, because that’s what I loved about it when it started. It’s a universe you can follow — that you feel the effects of each book in the other titles without it contaminating the books at the same time.

MSG: Any special teases or spoilers you can share with the Comicosity audience?

JHF: I hope everyone is reading Alpha! I’m super proud of what we’re doing over there.

MSG: One of the things that’s really stood out in regard to Alpha is that you took a character that seemed designed to be hated, and managed to make him somewhat likable.

JHF: I think the part people miss is he’s the anti-Peter Parker. He’s what happens if Peter Parker was an asshole. So, you shouldn’t like him. But I’m focused on making him as human as possible. And I think, we’re all jerks. I am a jerk — specifically me apparently. I guess what I’m really saying is that I am a horrible person. I think we all do things we regret. We all make horrible mistakes and that’s something that we all understand. We all look at ourselves and the things we did as teenagers and we’re ashamed or humiliated about them.

Or then, maybe that’s just me. It’s hard to tell!

Joshua Hale Fialkov is currently writing the Alpha: Big Time mini-series from Marvel Comics and will be taking over The Ultimates with issue #25, hitting stores on June 5, 2013.