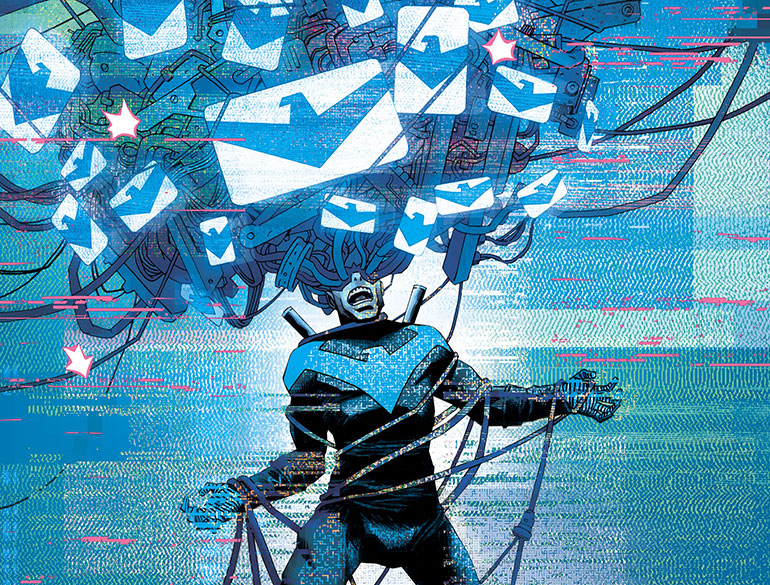 Things are changing for the DC Universe, and one of those changes is Green Arrow writer Benjamin Percy making a move, sending Dick Grayson on a new adventure with Christopher Mooneyham on art. During C2E2, Comicosity had a chat about the staple DC character and what Percy has in mind for this upcoming story.

Allen Thomas: What does it feel like to write Nightwing for DC Comics?

Benjamin Percy: It’s a total thrill. I belong in Gotham, or a few clicks over in Bludhaven. I’m somebody who has a dark sensibility, and my stories belong in shadowed, cloaked neighborhoods such as this. It’s always been my dream to be part of the Bat-group and now I’m living it. 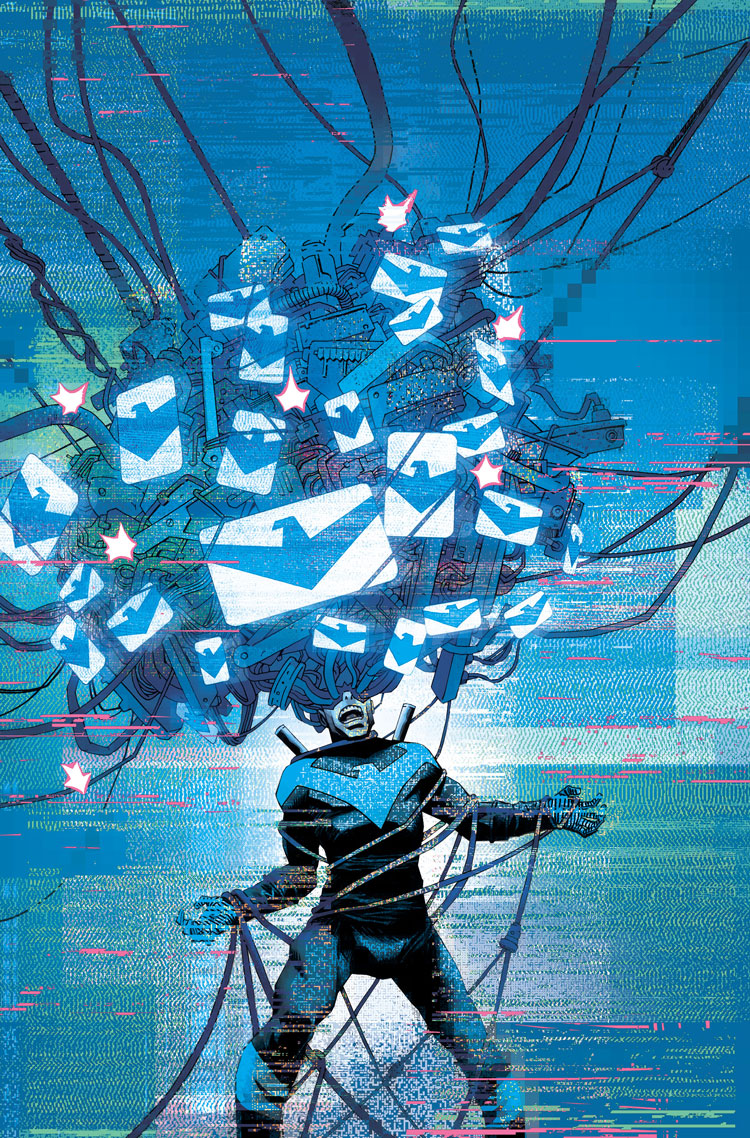 AT: You mention darkness. Nightwing is one of the more optimistic characters in the Bat-family, so how do you mix that with Bludhaven, with that sense of darkness that’s going to come with the story?

BP: Grayson is uniquely situated within a cynicism sandwich of Damian Wayne and Bruce Wayne. When I pitched the series, I talked about Mission Impossible and Tom Cruise’s stupid grin as a kind of signature. That’s the way that I’m approaching Grayson, that he loves what he’s doing. He has a traumatic past, but he doesn’t live in a haunted state like Bruce, and he doesn’t live with a chip on his shoulder like Damian.

As he chases people through alleys, as he dives off buildings, there’s always a performative quality. I can always see him, no matter how dark the shadows get, looking over his shoulder at the audience and flashing that stupid Tom Cruise grin. 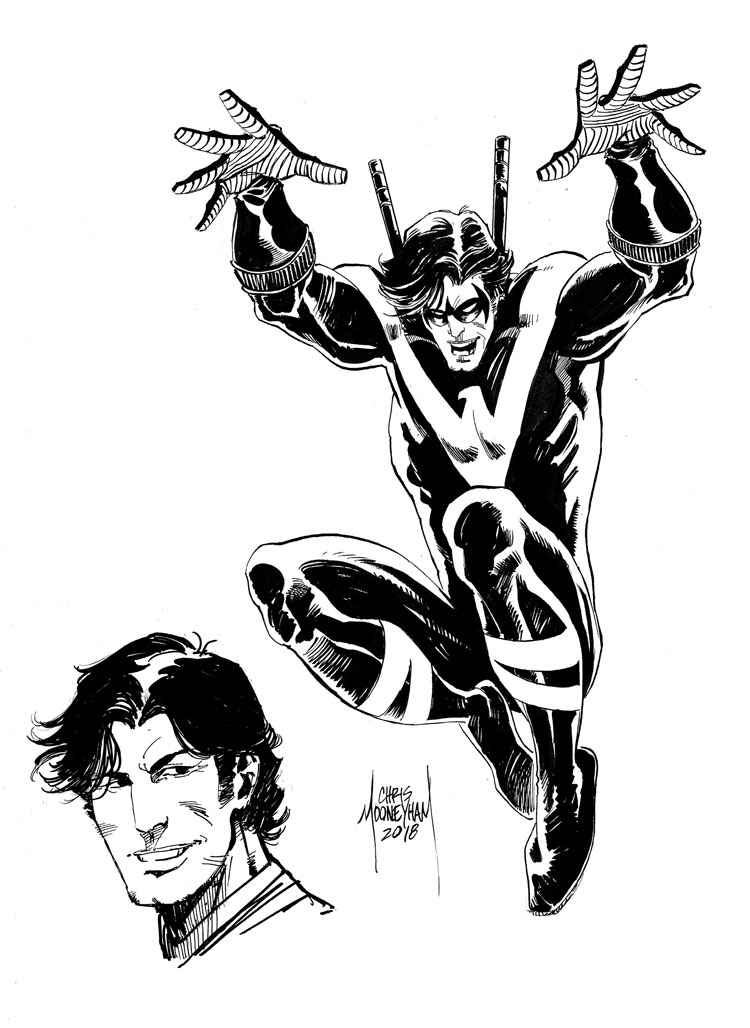 AT: When you’re writing this story, do you borrow any elements from the Grayson series, or is it just uniquely your take on who Dick is?

BP: I want to give major props to Sam Humphries, to Tim Seeley, Tom King, Kyle Higgins, Chuck Dixon, to all those writers who came before and laid the groundwork. I also love Grayson as he’s appeared in the Wolfman/Perez Teen Titans, especially. I loved him as he’s appeared in Grant Morrison’s Batman and Robin, and maybe especially as he appeared in Detective Comics when Snyder was writing it.

So, I’m drawing from many different wells, but I’m also, of course, trying to put my own unique stamp on the series. You see that right away with the threat that Bludhaven is facing. It’s a threat that Dick Grayson can’t punch, a threat that comes from the digital domain. 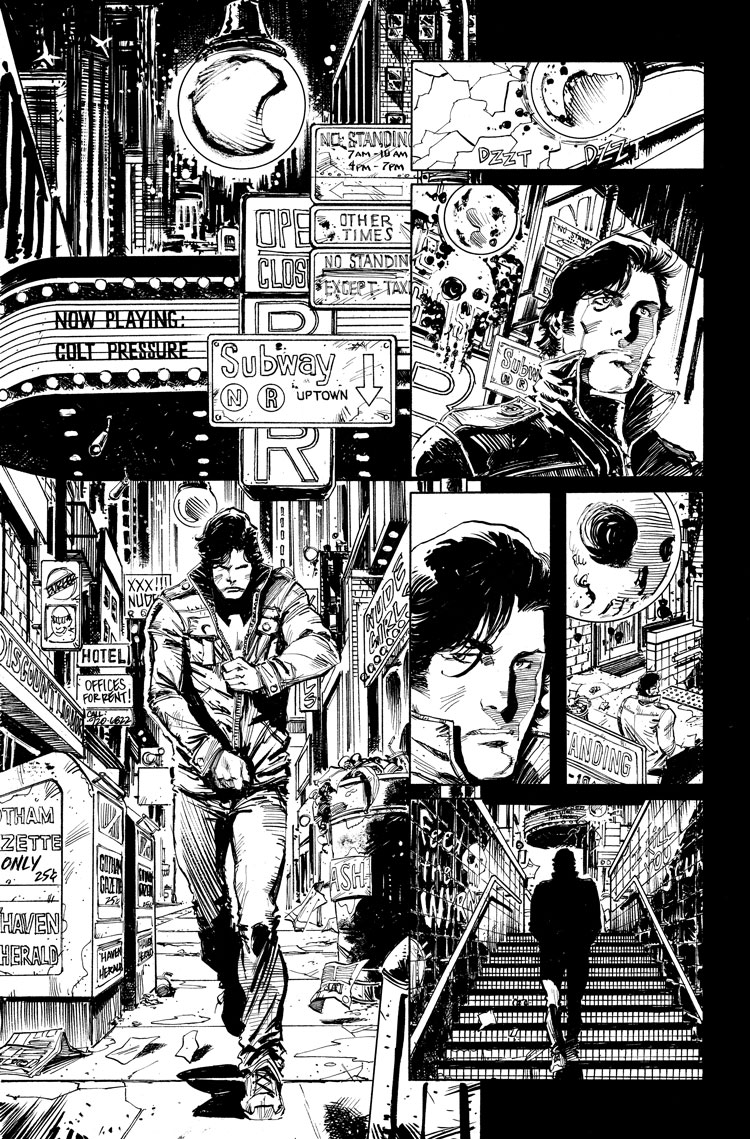 AT: So, who is Dick Grayson to you?

BP: He’s a uniquely interesting character because he’s so adaptable. He has worked as a sidekick. He works as a leader of the Titans, and previously the Teen Titans. He’s worked on an international stage and he’s worked on a local stage. So, he’s somebody who is incredibly fluid as a hero. He’s able to lead, he’s able to follow. He’s able to be an inspiration, he’s able to eat his humble pie.

When I was developing this story, one of the things that I was thinking about was how Grayson is not a Luddite, but he’s someone who does not surround himself with all the gadgetry that’s the standard of someone like Batgirl or Batman. He’s got his batons, and he’s got his acrobatics, so I wanted to present a challenge that would test his skillset. This is someone who’s doing triple backflips off of buildings. How is he going to fight something he can’t punch.

I also wanted to consider how Dick Grayson, in all his iterations, is at the center of a web. He knows everyone in the DCU. If you’re talking about a story that has to do with vulnerable data, a story that has to do with the dark web, he’s situated at the center of his own web, and he is a warehouse of information that could impact others. So, if he’s compromised, everyone is compromised. 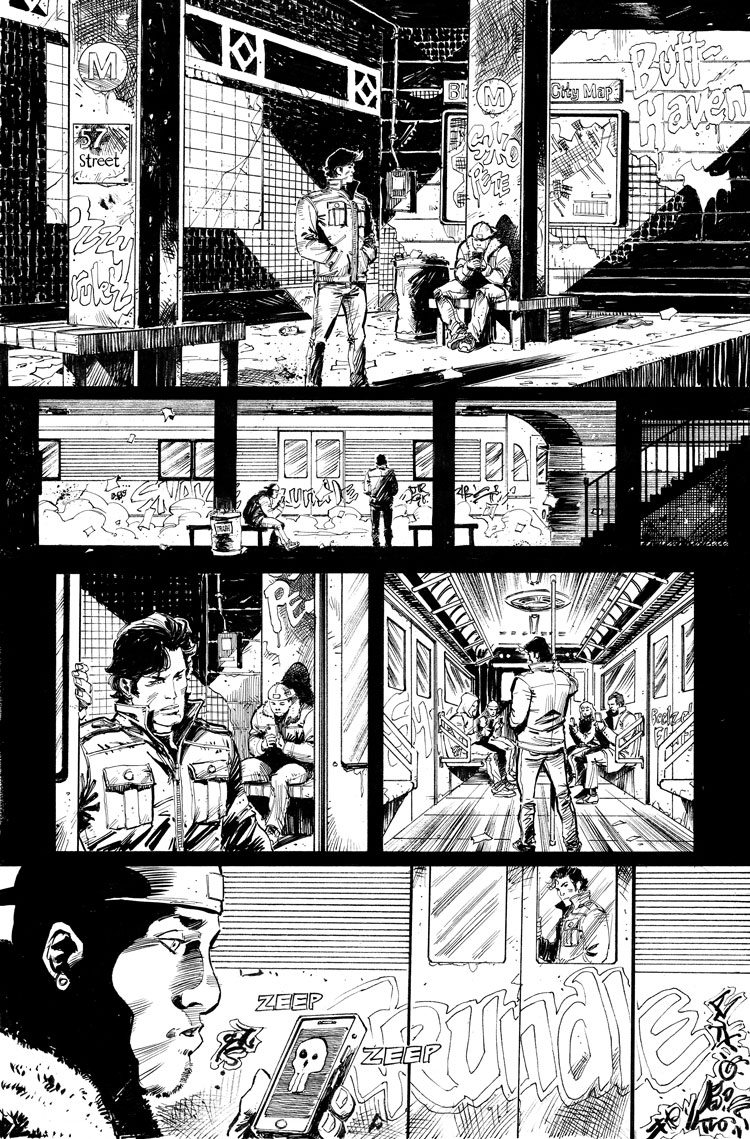 AT: Let’s say you were able to write the story indefinitely. Where would you want the story to go from this point where you are the jump-off?

BP: We’re starting in Bludhaven and it gets bigger, and bigger, and bigger. People should expect major reveals, major twists, and a continuing sense of expansiveness as this threat of the dark web oscillates outward and impacts the entire DCU, and as Dick Grayson’s position changes as a hero. He’s a defender of Bludhaven right now. We’re about to step that up and I can’t say any more than that.

AT: I’m curious: if there was one moment that you felt defined the character, what would that be?

BP: I’ll probably look back to Wolfman/Perez, where he comes back and declares himself Nightwing. 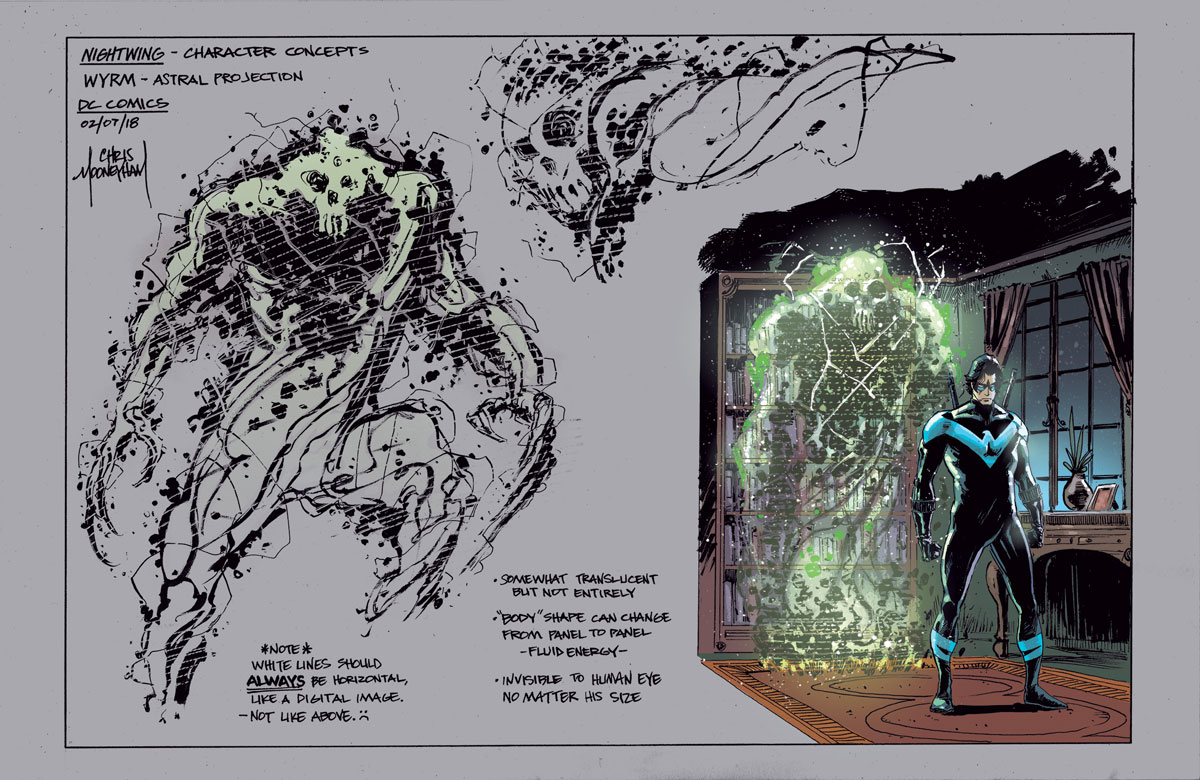 AT: I guess my final question would be, what do you want readers to get out of what you bring to Nightwing?

BP: Of course I want to tip my hat to the past and respect the legacy of the character, but I also want to put my own unique stamp on this and make it hopefully one that goes down in the annals as a definitive book. So stay tuned!

Benjamin Percy jumps onto Nightwing with Christopher Mooneyham in issue #44, to be released on May 2! Pick it up to see Dick tackle a new crisis!