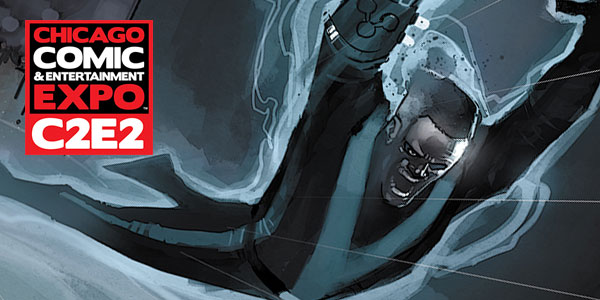 When it comes to talking super-heroes, unions, and the Windy City, there’s no better place to talk than C2E2, the Chicago Comic and Entertainment Expo, and there’s no better writer to talk with than Kyle Higgins. A hometown boy made good, Higgins has brought Chicago to his New 52 run on Nightwing over at DC Comics, and is now taking to the streets with his creator-owned book C.O.W.L., hitting stores May 28th from Image Comics. Higgins sat down with Comicosity during one of the busiest cons of the year to give us the scoop on what to expect from C.O.W.L., how the series grew out of his film The League, and why artist Rod Reis is going to blow us all away. 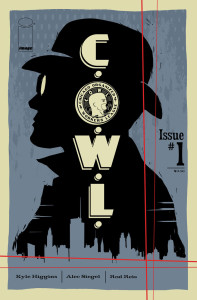 Matt Santori: Thanks for taking time out to talk, Kyle, and congratulations on the new book launch for C.O.W.L. from Image Comics! Can you talk a little bit about the origins of the series for you and Alec Siegel?

Kyle Higgins: It started as a short film — my college thesis film — that he and I wrote together, called The League, that I then directed in 2007-08. Originally, it was a writing sample I did for Chapman University to get into their film program. Then, when I decided that I wanted to do a big thesis film, it made sense to expand on that idea in a more serious light. That’s where the 1960s angle came from.

I’m a big super-hero film fan and that’s what got me into comics as well as movie making. I thought, “I don’t know if I’m ever going to have a chance to do a big budget super-hero film someday, so I’m going to take my chance now. If I’m going to do something that I’m spending two years of my life obsessed with, and putting everything I have into it as a calling card, this makes sense to do.”

So, that was The League. It got me writing comics over at Marvel when Joe Quesada and Tom Brevoort saw the film. And actually, Alec and I pursuing the project as a comic was what got me into writing at DC, in a weird way. The agent of the artist we were initially talking to introduced me to Mike Marts at DC. We were looking into different companies to take it to, and DC wasn’t the right fit, but it came up that I didn’t know anyone there. That then led to the last three years writing Nightwing and Batman.

Coming off of Nightwing, when I knew that series was going to be ending, I really wanted to make the jump into doing some creator-owned work — stuff that I’m really passionate about and have control over. That’s not to say that Nightwing wasn’t great and I’ll forever be appreciative of that book and that opportunity. He’s my favorite character. But C.O.W.L. is a really good fit for me. 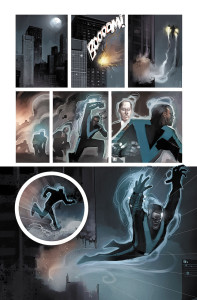 The book, with Rod [Reis], is really coming together in a pretty incredible way. This is his first book as a sequential artist. The series is about this idea of change in so many ways. Alec, Rod, and I are all kind of making adjustments in our careers, and heading down this creator owned path. The series is set in the 1960s and America has begun to lose its innocence, seen through the lens of these super-heroes questioning their purpose. We’ll see what people think.

MSG: With C.O.W.L. being set back in the 1960s, a prime time of rejuvenation for the costumed super-hero, there is a certain type of hero readers tend to expect — the bright, flashy science-fiction adventurer for one. How are you taking advantage of, or subverting, that expectation?

KH: We’re very much taking advantage of it. It’s been said a thousand times before, but the parallel to the Gods giving way to the flawed Titans, drawing that out to DC giving way to the Marvel characters in the early 60s, is totally relevant. A lot of the stuff we’re doing with these heroes, this organization that’s been around for 13 years — and was started with the noblest of intentions in a very black and white world — is now in a position where the heroes are in it for the money in some ways, for the prestige and notoriety.

As the last of the black and white villains of the 1950s are taken down, they’re entering into an era that is shades of grey. So, a lot of those flaws are going to start coming out in those characters. The juxtaposition of the brighter characters against the darkening world is really something we’re exploring with C.O.W.L. Can the heroes turn the world right again, or will the world pull them down with it?

It’s really interesting you bring up the sci-fi angle, because that’s something Alec and I talk about a lot with this world. There’s a divergence. It’s not the actual 1960s. It couldn’t be. If you create super-powers as a result of the atomic bomb, a divergence happens. One of things we’re taking advantage of is technology being a little further advanced.

Blaze’s gauntlet, which gives him his energy manipulation powers, is Nazi technology they found during World War II. It has a very 60s sci-fi look to it. Skylancer, the villain in the first seven pages of issue #1 who’s the last of the Chicago Six, has a jet pack and a photon cannon. Rod Reis is a huge sci-fi fan and he’s just going wild with all of this stuff. All the members of C.O.W.L. talk on James Bond-style wristwatch communicators. The alternate 60s angle allows us to play up some of those aspects. 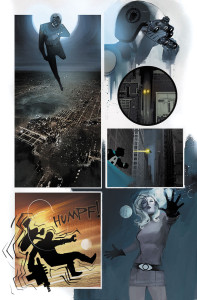 MSG: Well, and in our world, unionization has wielded a really extensive reach throughout American history. What does bringing this idea to the costumed hero do to that concept for you?

KH: It puts it in conflict with the principles behind being a super-hero. If you introduce money to the equation of helping people, some would argue from a super-hero standpoint that you are corrupting the idea and the purpose behind it. You can also argue that police and firefighters all get paid to help people, right? So, that’s the kind of question that comes up.

C.O.W.L. was started on the principle of “Better Heroes for a Better City” and that all of these guys being able to do this full-time — without a Clark Kent-type day job — for money, as a career, would actually make Chicago safer. Initially, that’s very true. Now, 13 years later, is that still the case now that the threats of the 1940s and 50s are gone? Has C.O.W.L. outstayed its welcome? The question of paying these guys to wear costumes, with some of them only interested in the 9 to 5 aspect, is what we’ll be exploring in terms of unionization.

And we’ll also be looking at how C.O.W.L. relates to the other labor unions of the time. If you think of super-heroes as an industry, they can have a very big effect on an economy as well. The fights that cause loss of life and destruction, those affect other industries. Those affect politics in the city. If a building is damaged, that, in a weird way has created jobs in the construction industry. There’s a really interesting feeding cycle of one union needing another that we’re focusing on in the book.

MSG: You’ve previously centered on Chicago over at DC with your Nightwing run. Just a case of hometown pride or does Chicago specifically offer you storytelling opportunities that other cities would not?

KH: It’s both. Chicago of that era and its political history has always been really fascinating to me, so setting this organization in Chicago during the 1960s really makes it unique. The other thing I want to say about Chicago and the labor unions is that this is all backdrop. This is all stuff we’re using for flavor in the world we’re building. The book is really about these characters, these heroes in this era that do this one thing and who they actually are. And sometimes, who they actually are will contradict what their hero persona is.

The thing that we want to show more than anything else with this book is change. We want to watch these characters grow and evolve, and push them in directions that will sometimes be for the better and sometimes for the worse. This is an aspect that you don’t really have doing other super-hero comics. You can’t really turn Batman into a villain. Even if you do that for three issues, he’s going to be Batman again by the end. There’s impermanence there.

One of my favorite things about Game of Thrones right now is that anyone can die at any time, literally. Someone can lose a hand. Someone can get permanently scarred. There’s a feeling that anything can happen and these characters are not protected. That’s the same feeling and mentality that Alec and I are taking into C.O.W.L.

MSG: Very cool. Any final thoughts or special teases about the first issue out May 28th you’d like to share with the Comicosity audience?

KH: I think Rod Reis is going to be a breakout star after C.O.W.L. When people see his pages, and what his sequentials look like, it’s going to blow them all away. 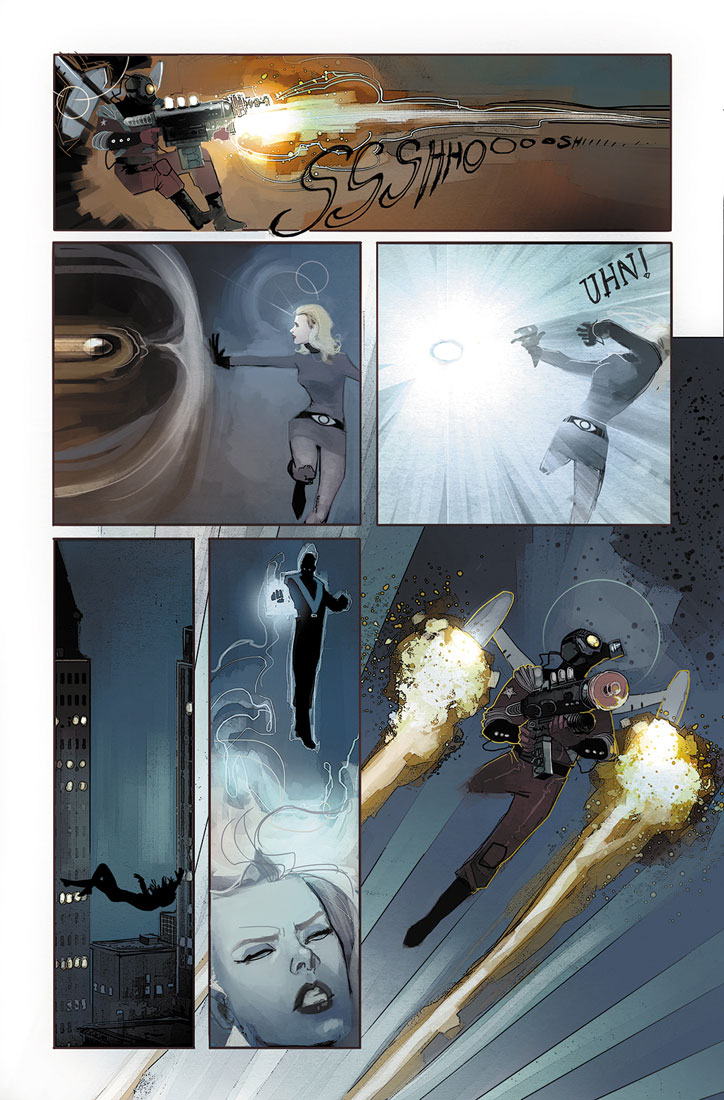 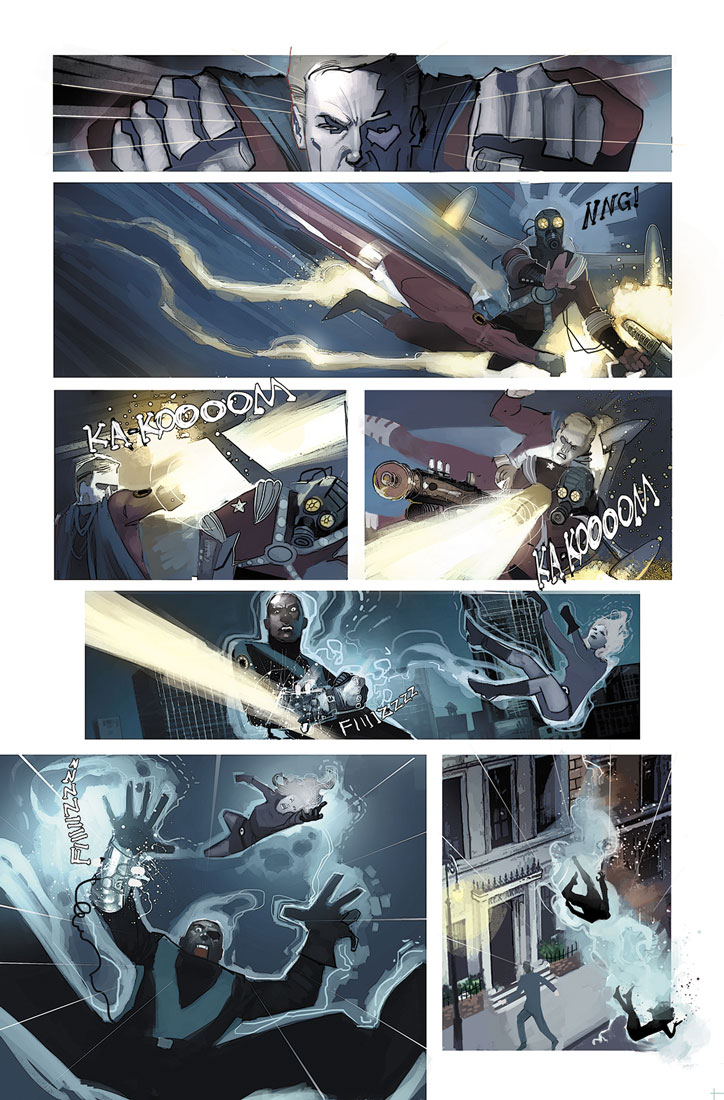 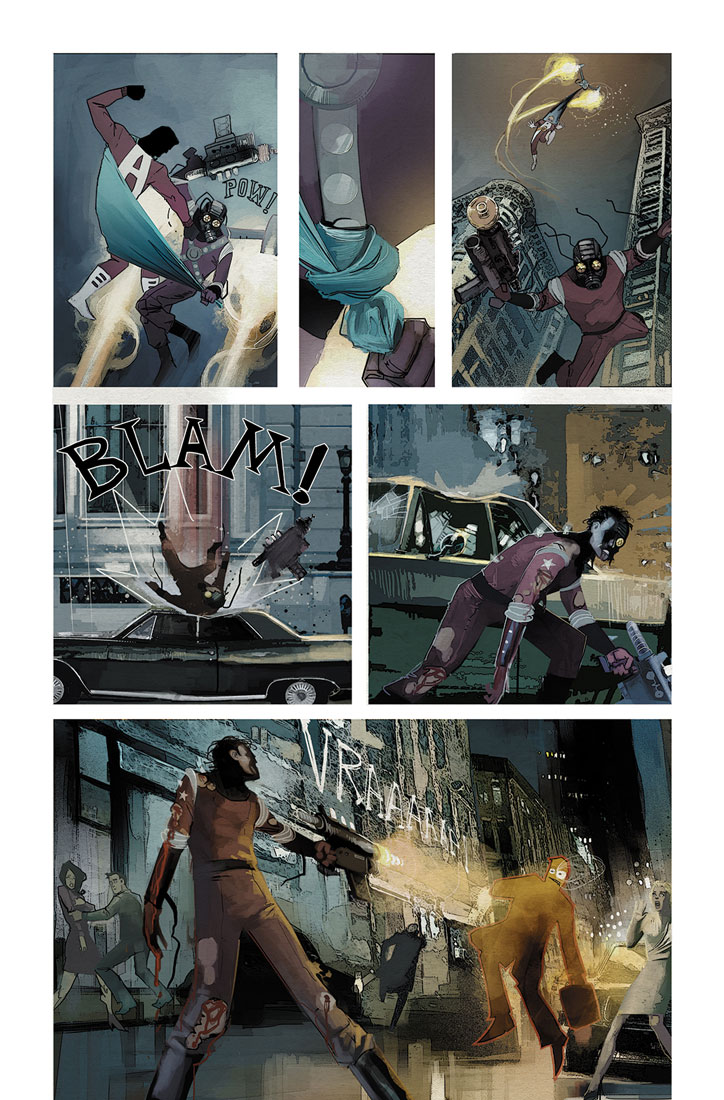 Don’t miss the first issue of C.O.W.L., out from Image Comics on Wednesday, May 28th, by calling your comic shop TODAY and preordering! You can also check out Kyle Higgins twice a month on the Batman Beyond digital series, as well as in upcoming Batman: Eternal arcs.