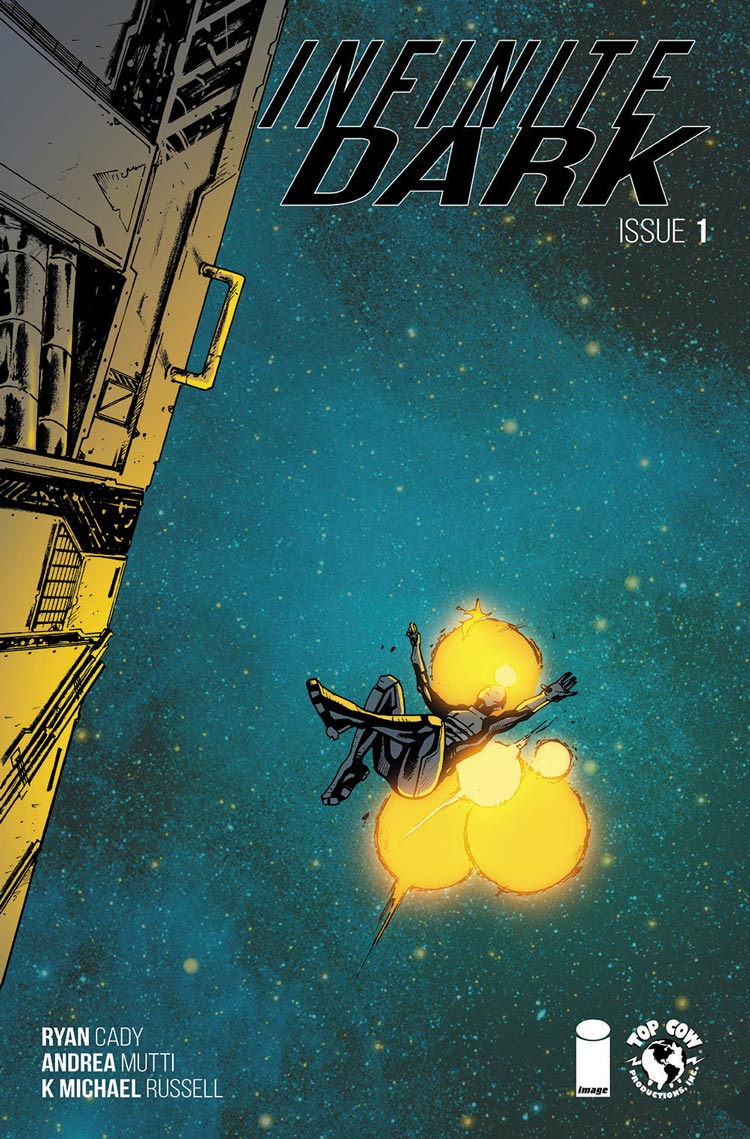 In INFINITE DARK, the universe has ended, but humanity has survived. For years, the passengers and crew of the vessel Orpheus found the endless void between realities to be a surprisingly peaceful home.

Then they found a body—bloodied, brutalized, and surrounded by inscrutable runes. As Security Director Deva Karrell investigates the Orpheus’ first murder, she’ll come face to face with a horror from beyond the confines of time itself…

INFINITE DARK #1 will launch from Top Cow/Image Comics this October 2018.