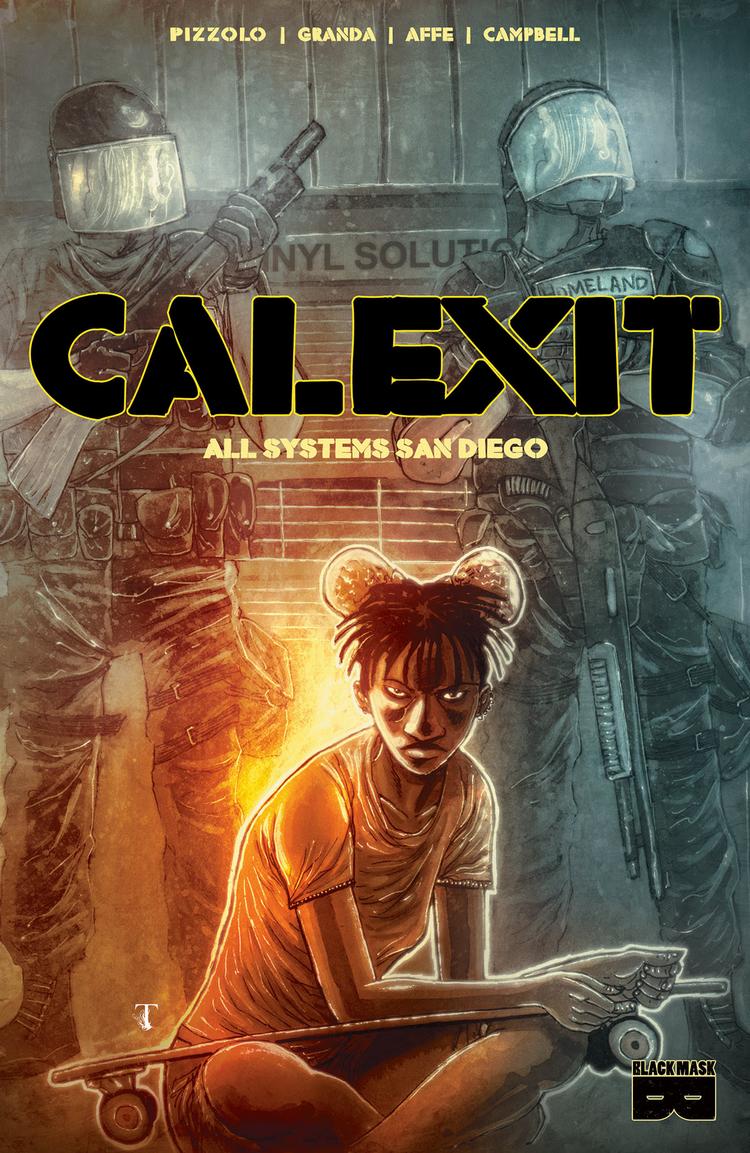 The CALEXIT ongoing series was released in July 2017 and sold out all 25,000 first print copies in less than 24 hours. The series returns to San Diego Comic Con this week with a fifth printing of issue 1 and a special SDCC-exclusive advanced edition of the CALEXIT Volume 1 collected book (in stores August 8th).

The new comic CALEXIT: ALL SYSTEMS SAN DIEGO introduces readers to Emmie, a teenage skater who runs an indie record shop in an otherwise abandoned San Diego strip mall. When Homeland Security forces take over the mall to use as an impromptu detention center for border-jumpers caught trying to escape to Mexico, Emmie decides to rise up and resist.

“ALL SYSTEMS SAN DIEGO is more about resistance than revolution. CALEXIT’s main ongoing comic is a high-octane war-story, so it was refreshing here to have the opportunity to slow things down and focus on characters who aren’t shooting their way through urban street warfare but instead are peacefully resisting and inspiring their neighbors to stand beside them against tyranny,” said Pizzolo.

CALEXIT is no stranger to focusing its fiction toward non-fiction goals. Pizzolo has contributed his writing royalties to forming a SuperPAC called Become The Government. In addition, each issue of CALEXIT features a non-fiction section where Pizzolo interviews activists, organizers, and candidates in local elections. Of the three candidates covered in CALEXIT’s non-fiction sections, all three prevailed in their primary elections earlier this year and are now gearing up for the midterms.

“I grew up in the New York hardcore punk scene, and I was deeply influenced by the idea you could create art that entertains but also engages in social issues. The non-fiction portion of CALEXIT comes from that idea, it’s like a zine inside the comic where I get to interview people who are doing inspiring and constructive activism.”

“The interviews really opened my eyes to how crucial local politics are and the importance of the 2018 primaries and midterms. It was from conducting those interviews that I was inspired to form the SuperPAC. I met a bunch of people running grassroots campaigns for local offices, some were just teams of friends with the same youthful exuberance I’d have associated with a garage band or indie filmmakers. It made me really feel like local politics is the new punk rock.”

It was due in part to one of those interviews that Pizzolo was inspired to donate CALEXIT: ALL SYSTEMS SAN DIEGO’s profits to San Diego Rapid Response Network.

“For CALEXIT #3, I interviewed political organizers working with INDIVISIBLE San Diego. As I was putting this new San Diego-based comic together for SDCC, I asked them how we could help with the efforts to reunite families being separated at the border, and they suggested the San Diego Rapid Response Network.”

Black Mask Studios will be exhibiting at San Diego Comic Con this week at booth 5536 and selling CALEXIT: ALL SYSTEMS SAN DIEGO #1 and an advanced SDCC-exclusive edition of CALEXIT Volume 1.

For readers who aren’t attending Comic Con but still want to read the comic and support the goal, CALEXIT: ALL SYSTEMS SAN DIEGO will be available digitally on Comixology and can be ordered from Black Mask direct and through local comic shops. 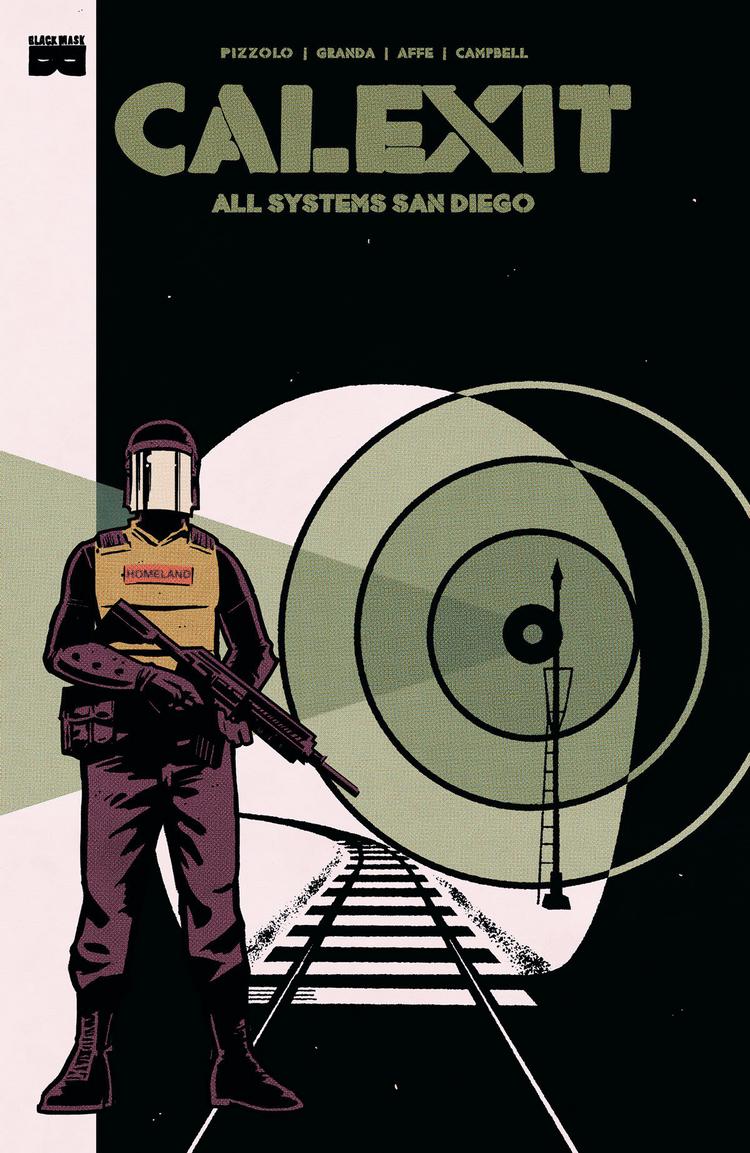 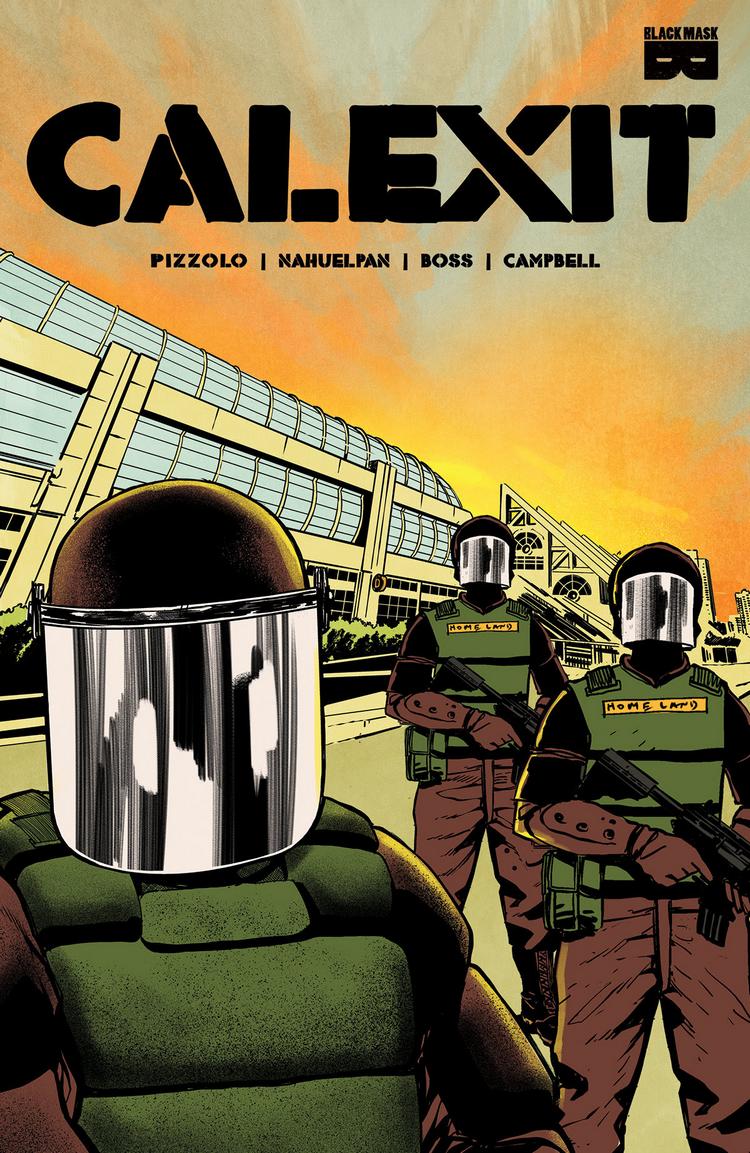