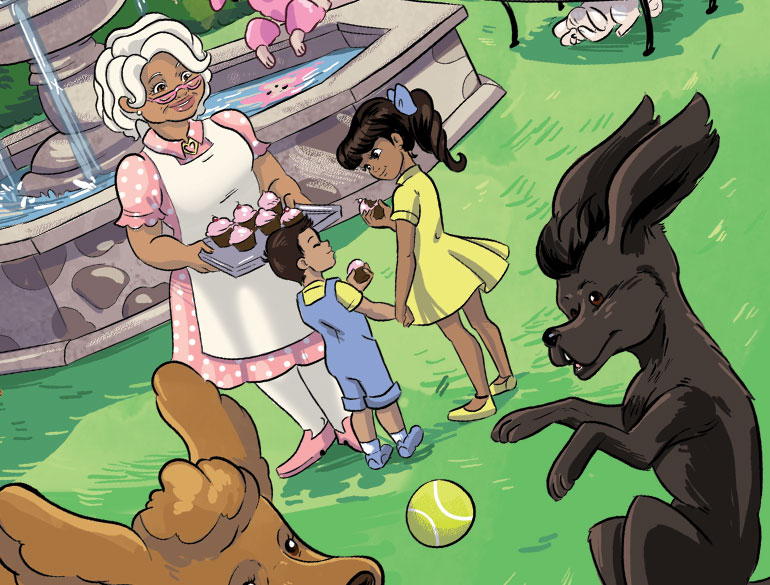 In the three years I’ve been writing comics, my books have skewed to an older audience – I usually say high school junior or older when people ask. It wasn’t a specific decision to gear my books away from children, the stories I was telling happened to decide that for me. 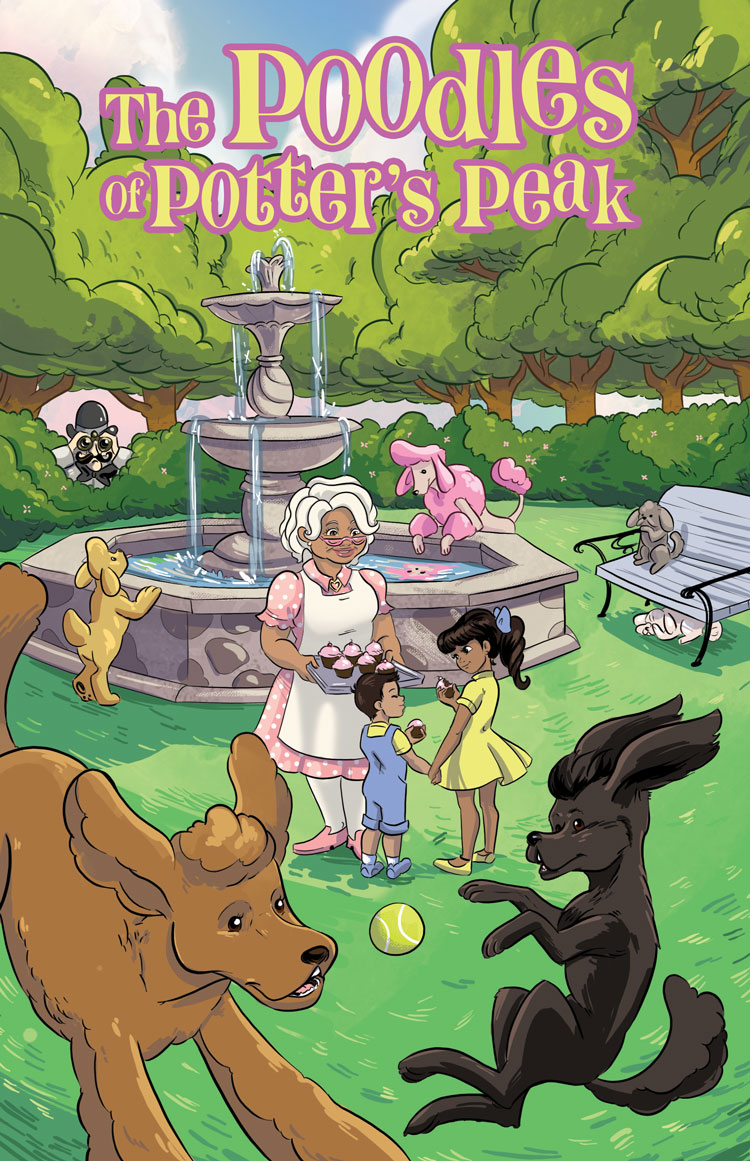 My next book, The Poodles of Potter’s Peak, however, is for the kiddos. I don’t even describe it as an all-ages book. It was written to be read to preschoolers, or for early elementary children to practice reading to themselves.

Don’t get me wrong, I hope it’s enjoyable for adults as well, but that isn’t the priority.

A bit about the book: it is the story of six retired show poodles who must protect their home from an intruder. It’s like Home Alone with dogs, but without a psychopathic young boy and his death traps.

So why am I focusing on little kids this time around, instead of the built-in audience I already have?

Because I’m selfish… and here are three reasons why:

I’m very happy when people pick up my books. Finding a new reader is a glorious experience. But that’s not the goal. The goal is for those same books to be picked up by new readers two, five, and even twenty years from now.

I remember reading Watchmen for the first time when I was twelve. I still recommend it thirty years later. For a book to sell decades after it was created, two things have to happen. It has to be pretty darn good, and there has to be a new audience to discover it.

I believe the only way comics will have more readers in the future is to have more high-quality books targeted at young children — right now. We have to build a love for the medium by offering as many great, age-appropriate, offerings as possible.

There’s great stuff out there: Owly, Bone, Hero Cats, Zita the Space Girl, and Amulet to name a very few. There simply cannot be too many great comic books for kids. Not if we want our industry to grow. 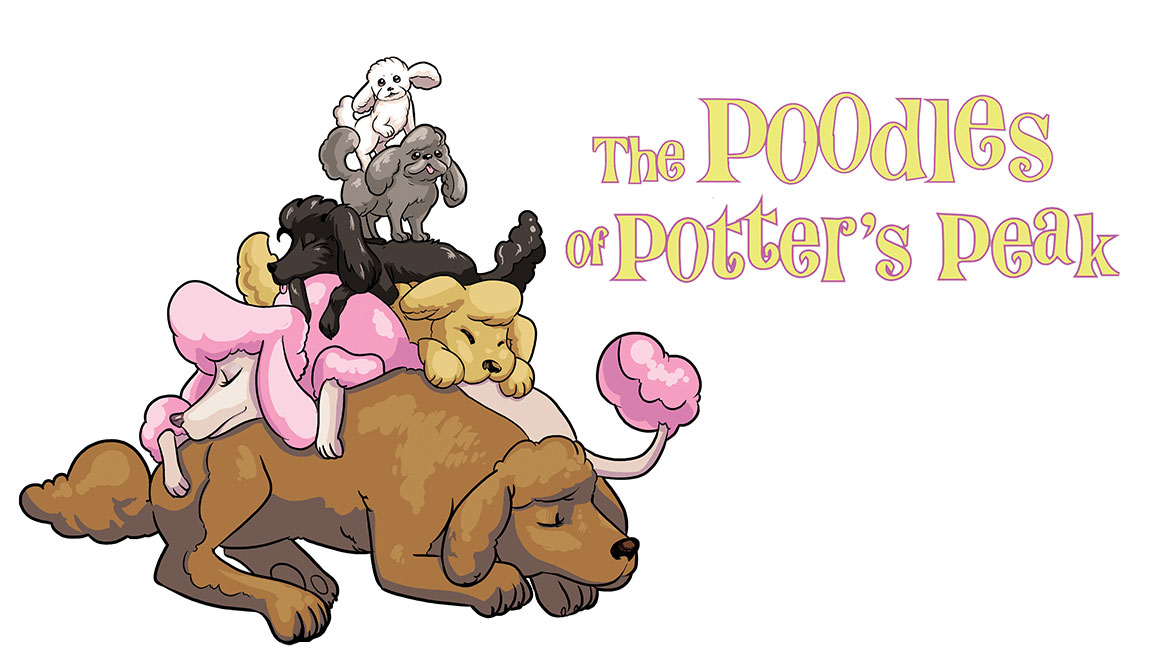 When you can’t draw a lick, but want to make comics, you have to do something over and over. Find great artists and create books that inspire them.

In order to do that, you need to constantly be searching for — and keeping in contact with — talent you would like to work with one day.

One artist I’ve met over Twitter, Jessi Sheron, fits the bill. I first saw her work on her webcomic The Wicked Queen. I was instantly impressed, but as she writes her own work, I filed the possibility of working with her away as nearly impossible.

Not nearly as impossible as I thought. One evening, I saw a tweet from her that she was looking to collaborate. I fired an email off within minutes.

I have zero doubt that Jessi can do anything she wants to do in the comic book medium, but so far her books have been oriented toward young adult or all-ages audiences. I knew that eventually I’d want to make a book for kids, so working within her wheelhouse excited me. 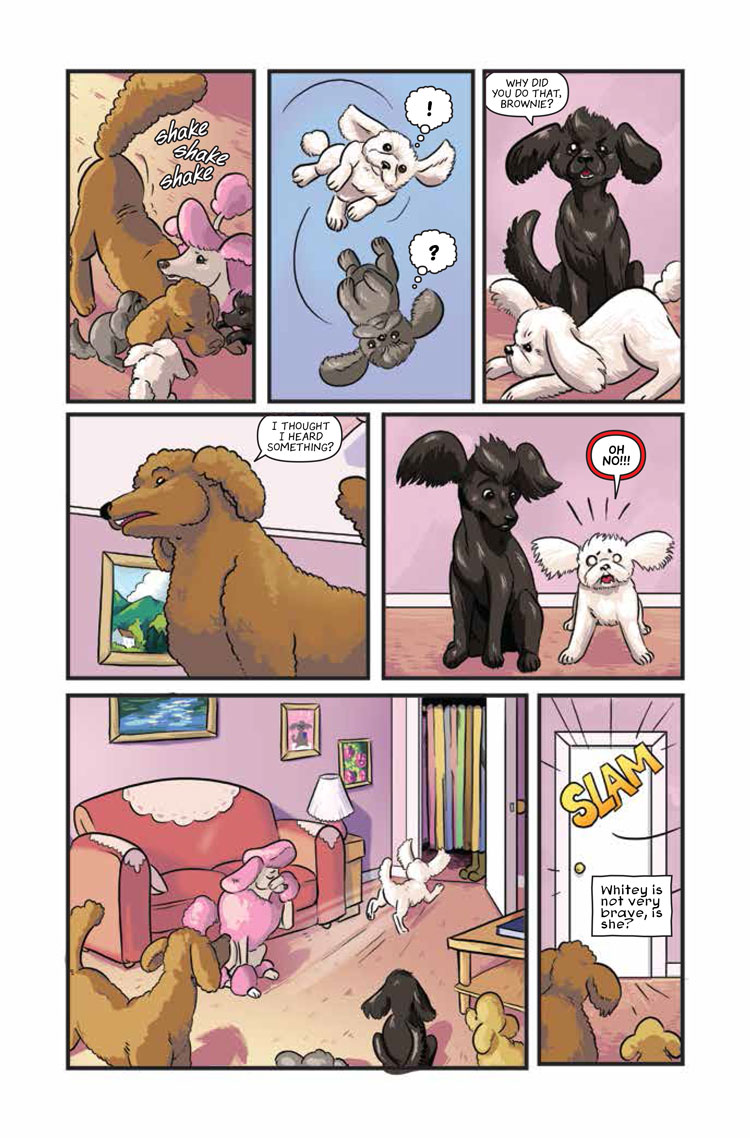 I read to my kid a lot. I do it, reinforcing the theme of this essay here, selfishly. I read her things that I love, or loved as a kid. Between Thanksgiving and New Year’s we read Mrs. Frisby and the Rats of NIMH, The Cricket in Times Square, and Harry Potter (we’re in the middle of Harry Potter and the Prisoner of Azkaban).

I also read her comics. Anything both age-appropriate and good. Other than the great all-ages books I listed above, we also delve into 1980s books from the Big 2. But I can’t read her the comics I’ve written yet.

It’s a bit of a problem having a comic-writing dad who doesn’t write comics you’re allowed to read. My daughter sometimes tries to fix this problem by sneaking into the guest room where copies of Tart and UnderWars are stored. When caught flipping through them she assures me she was “skipping the bad parts.”

Basically, I want to make a comic she could read while she’d still be interested in what her Dad does.

There is one unselfish reason I’m doing this book. It’s the same reason I do all of my books. I think what Jessi and I have put together will be a blast for you to read. At least the first two hundred times!

Want to see more books for kids on the stands? Why not start by visiting the Kickstarter campaign for printing The Poodles of Potter’s Peak?