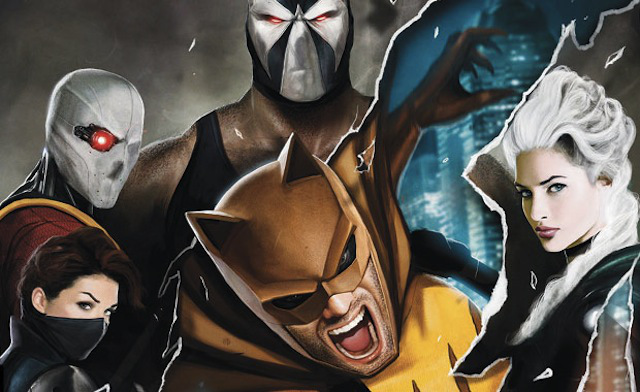 You should know right away that I am not a fan of black-and-white comics. Oh, make no mistake — it doesn’t matter to me whether or not a book is printed on four-color pages. What I mean to say is, I like stories I read to move past the traditional good vs. evil, light vs. dark, right vs. wrong. It can be a lot to ask of a genre that’s been overly populated with the sparkling image of the moral superhero for three-quarters of a century. Superman and Captain America, paragons of virtue, are rarely torn about what is the right thing to do in a desperate situation. When they are, I cannot flip the pages fast enough to find out what happens.

Binaries permeate comic book characters like they are written into their DNA, no different than the ability to fly or shoot laser beams from their eyes. And most often, if you are not the hero of a story, it quickly comes to pass that you must be the villain. Like flashy shows of morality, divisions of sexuality are deeply ingrained in our understanding of pop culture figures. These days, it’s becoming more acceptable to be lesbian, gay or bisexual, so long as the labels attach and are clearly defined. To truly defy them still demands a bit of subversive spirit.

So maybe it’s no surprise that the best examples in comics of this kind of subversion pops up in genetic mutants and anti-heroes. The Vivisector is just one of many new mutants created in 2001 by Peter Milligan and Mike Allred for a re-imagined X-Force book. Otherwise known as mild-mannered Myles Alfred, the Vivisector is a young Harvard intellectual with the ability to transform into a werewolf-like creature. X-Force (later renamed X-Statix) isn’t like other X-teams in Marvel Comics’ mutant universe, though. This group is the cast of a mutant reality TV show featuring super-human pop-stars using their powers to achieve fame and help a few carefully chosen people. 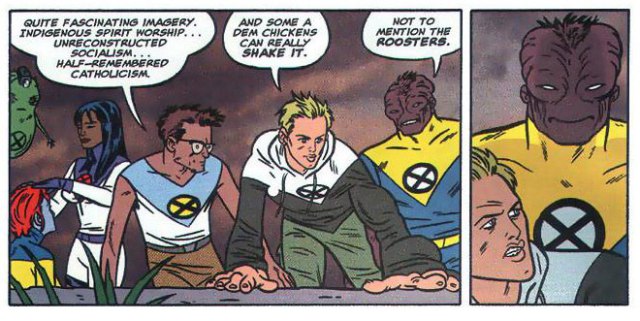 What seems like the least subversive concept possible, given our attachment to reality television today, reveals a depth to each of the characters unparalleled in other X-Men franchise books at the time. Other members shine in the spotlight as a result of manufactured public skirmishes with each other, while Vivisector and his Eminem-inspired teammate Phat get left behind, wondering what they can do to raise their profiles. In a spark of inspiration, they plant the PR seeds of a gay relationship with the media and their teammates. Publicity follows, but so do questions, as the relationship they share begins to feel more natural than expected.

As a coming out story, faking being gay for media attention, only to discover you actually are homosexual, is pretty unique. For a superhero comic book, it challenges both detractors and supporters of gay characters, because ultimately, self-awareness comes via the process of shameless self-promotion. So many revelations do for the characters of X-Statix, but they are no less genuine for the path taken. The series is filled with characters that are veritable heroes, appearing to be pop-stars, pretending to be superheroes. U-Go Girl harbors a family secret behind her manipulative façade. The Anarchist isn’t nearly the confident rebel he appears to be. These aren’t heroes or villains of any common binary; they are truthfully mutated past the easy definitions their X-predecessors fulfilled. 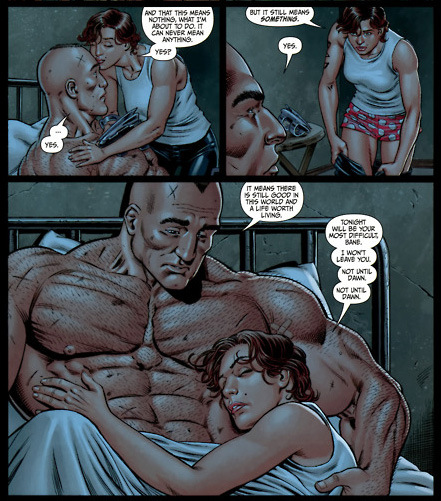 The question of defining oneself in degrees of right and wrong, or as a hero or villain, also threads through the entire run of DC Comics’ Secret Six. Launched as an ongoing series in 2008 after a number of successful mini-series, Secret Six features a semi-rotating band of mercenaries operating outside moral bounds for somewhat questionable clients. Their missions range from the personal to the strictly professional, but never seem to go as planned. It’s not uncommon for the team to turn against their employer if the mission reveals something so distasteful (for example, a plan for reinstituting human slavery world-wide), but those decisions are rarely unanimous.

What becomes obvious in the reading of Secret Six is that no moral judgments are taken for granted. Working outside the law (and standard super-villainy) has freed these scoundrels from the constrictions of standard morality, but it hasn’t made them amoral. Every decision is carefully debated, illuminating what no hero has ever explained on the comic page. When the team takes a heroic action, the cost is visible. So too, when they do not. At the root of the Secret Six are personalities so unlike the caricatures most comic book villains inhabit that it’s hard to imagine them as anything less than real, thinking, complex human beings. While mercenaries all, Catman clearly has outspoken and distinct motivations compared to Deadshot or Bane, even though all three originated in the minor league wing of the Batman rogues’ gallery.

Writer Gail Simone and her artistic collaborators Nicola Scott and Jim Califiore have taken great care with the Six to make the team members’ voice-over thoughts and facial expressions genuine and unique. Their respective sexualities are depicted as no less so. Scandal Savage is decidedly lesbian, mourning her committed relationship with a now-deceased member of the team. However, her sexual identity and personal loss don’t preclude her from showing an enormous amount of physical affection to a suffering Bane (perhaps one of the most overly masculinized figures in DC Comics history). The compassion Scandal and Bane show each other is not expected or easily defined, and it touches my sensibilities even more than Scandal’s more traditional female relationships for its loving subversiveness. They are not lovers, but their relationship becomes something powerful for both of them nonetheless. 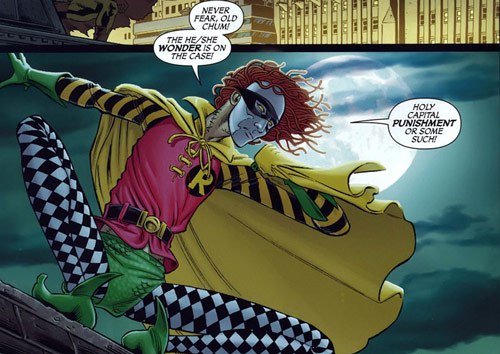 Sexual lines are blurry for most of the Secret Six, from Ragdoll’s rampant omni-sexualism (Fathers, lock up your goldfish!) to Deadshot’s ongoing connection with the saucy Jeannette and the oft-naked Catman. In fact, Catman and Deadshot develop what seems to be the closest relationship on the team, sexualized, although not sexual. Genuine friendship may be the most shattering part of a book about the morally grey, and Simone seems to know it. I’ve read many comics over the years about anti-heroes riding the line between good and bad, but never come across one as heartfelt as Secret Six. It’s an achievement to make me cheer for the success of their missions, and not because I delight in the resulting gore or depravity. I cheer for characters who attempt to fully realize themselves by asking the tough questions. Even if they fail to make the “right” choice, the process they go through is the most compelling argument for my support. And, if by chance, they do stand heroic at the end, they’ve usually won my heart as well.

This article was originally written for and published online by the Idler Magazine, March 2012.