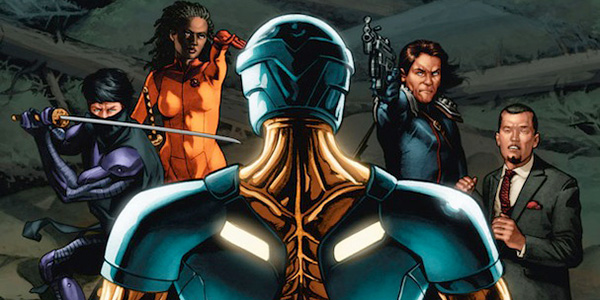 “The valiant never taste of death but once”
– William Shakespeare 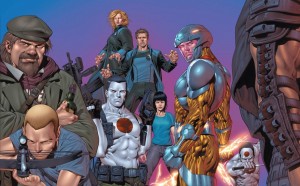 After failing to purchase Marvel Comics upon his dismissal as their Editor-In-Chief in 1987, Jim Shooter and his investment partners formed Voyager Communications in 1989, including a division known as Valiant Comics to specialize in licensed properties such as those for The Nintendo Entertainment System and World Wrestling Federation. Upon obtaining the rights to publish established Western/Gold Key super-hero characters Magnus, Turok and Dr. Solar, Valiant launched various properties of their own. These included Harbinger, X-O Manowar, Rai, and Shadowman. Under Shooter’s watchful eye (with the help of other legendary Marvel Comics veterans like Bob Layton and Barry Windsor Smith) these characters were combined them into new universe, and Valiant forged their way into the exciting early 90s market.

In many ways the antithesis of era competitor Image Comics who often offered a style-over-substance approach, Valiant featured an interconnected world highlighting strong characterization. This quality along with the collectible rarity of early books such as Harbinger and Rai helped Valiant take a profitable market share in this boom period, eventually expanding to publish as many as 22 titles. These included Archer & Armstrong, Armorines, H.A.R.D. Corps, The Visitor, Ninjak and Bloodshot, among others. 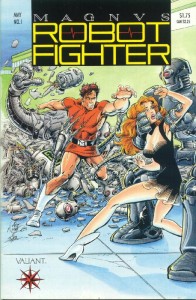 But as quickly as the comics industry rose in the early 90s, the fall began almost as dramatically, and by 1993 the investment group responsible for the significant financial backing that helped found the company was looking to divest themselves of their share. Doing so forced the removal of Jim Shooter, the man most responsible for the creative vision behind the company. Despite now having Bob Layton at the helm with Bloodshot co-creator Kevin VanHook at his side, and a new push to revitalize the  licensing side of the company with the creation of the Armada imprint — plus an attempt at an Image Comics-style creator-owned imprint known as Windjammer (which could count titles from Neal Adams and Mike Grell within their catalogue) — Valiant was at the mercy of new owner Acclaim Entertainment. A video game publisher, Acclaim was seeking properties for the upcoming next generation of consoles, The Playstation and Nintendo’s N64.

First, the decision was made to pull back to  just publishing their most popular titles twice a month, but within short order, Acclaim decided to cut the entire line and reboot, this time following the direction of former Marvel Comics writer and editor Fabian Nicieza. Under the newly branded Acclaim Comics line (advertised as Acclaim Comics Valiant Heroes), Nicizeza brought in some of the hottest names in the industry to write. Despite the talents of Kurt Busiek, Warren Ellis, Garth Ennis and Mark Waid working on newly re-imagined versions of some of Valiant’s better known properties like X-O Manowar, Shadowman and Ninjak, and the emergence of the new cult hit Quantum & Woody under Acclaim management, the unstable nature of comic book publication and risky business of video games themselves led to tumultuous times. 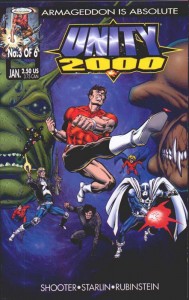 A desperate last ditch attempt by Acclaim was made to bring back Jim Shooter, who attempted to turn back the clock to show what the universe would have been like had he never been removed from the company. Despite this effort, the decision was made to shut down Valiant/Acclaim Comics and set aside their properties. This led to the cancellation of Shooter’s work, known as Unity 2000 — a mere 3 issues into a planned 6 issue limited series — and the eventual closure of the doors for the books and the characters attached to them in 1999, this time apparently for good.

In 2005, the rights to the original characters created under the Valiant/Acclaim Comics banner were auctioned off (Gold Key characters were not included) and the winner emerging with the publication rights was a new Valiant Entertainment under the ownership of 2 businessmen, Dinesh Shamdasani and Jason Kothari. Speculation as to how the characters would return ran rampant for a period, although it all but died off when hardcover reprints of some of Valiant’s early 90’s works were all that surfaced.  To be fair, these were admittedly beautifully designed, award winning hardcover books. The landscape shifted, however, in 2011 when Peter Cuneo made a financial investment in Valiant and took the position of Chairman. 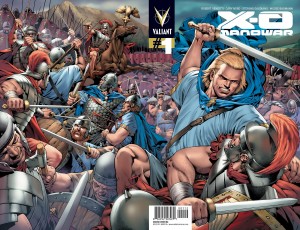 Cuneo, a former Naval Officer and decorated Vietnam War Veteran whose prior positions within the business world included President of Black & Decker Corporation, CEO of Remington Products and Chairman of Alfred University, signified the first shot being fired by Valiant Entertainment in their desire to become a player in the current comics field. Within the comic book world, Cuneo is most well known for being appointed as CEO of Marvel Enterprises starting in 1999. Still reeling from the bankruptcy a few years earlier, Cuneo was significant in helping Marvel to once again become the recognized industry leader, and adding someone of his pedigree to the fold forced comic book insiders to take notice that now something was bubbling just below the surface.

The next major hiring within Valiant was the introduction of the man who would serve as the Executive Editor and lead the creative vision for the fledgling publisher: Warren Simons. Simons’ experience as an editor at Marvel included working with all their major characters for upwards of a decade and helped him come to Valiant with a sure vision of the proper way to introduce a new universe of super-heroes. Beginning in May that year, X-O Manowar rolled out in what was dubbed The Summer of Valiant 2012. Harbinger, Bloodshot and Archer & Armstrong would follow each subsequent month, allowing each title its own little spotlight upon release. 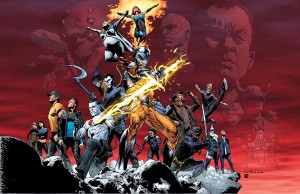 One of Simons’ savviest moves has been who Valiant found to craft these books. The Valiant writers were fresh voices with a small but high quality sample of published material, though still largely unnoticed by the industry. This allowed Valiant to place a modern spin on the telling of super-hero books without the obstacles of conventional comic book storytelling getting in the way. A similar theory was employed on the artists. Valiant found talents who have been underappreciated for far too long but whose style complement each other without forcing a uniform look on each book, creating familiar yet vibrant visuals for each publication.

Each series fulfills a certain need within the Valiant Universe, having a unique setting and personality, yet there is an overall feel of tight continuity. This has been largely achieved by the smart way the books have been presented, as well as allowing each to establish their identity before adding a new series to the line. This also gives an opportunity to establish characters to the readership before branching them out into their own titles, if needed. 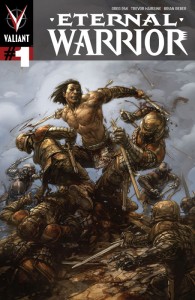 In September of 2013, the seventh Valiant title, Eternal Warrior, is set to launch, with Quantum & Woody having been added in July and Shadowman the previous November. Each of these titles is perfectly suited to be read alone, but also can be enjoyed as part of an expanding organic universe the reader can see taking place before him or her. With so few smartly introduced titles, Valiant has managed to keep a consistent quality among every book they have published as well as avoid confusing continuity or the dreaded crossover-itis that can force comic books to sometimes feel more like a chore than a joy. And while new readers can undoubtedly enjoy these books, it’s obvious Simons and his crew have taken special care to acknowledge and respect the history of the characters in previous publications while still giving fresh new exciting stories to satisfy old readers and new.

Personally, no matter how much I find to respect from a publisher such as Image Comics giving me books for a mature audience — pushing the envelope of what one thinks comics can be — I still love the feeling of excitement that slipping into a book with super powered characters gives me, that wide eyed child like enjoyment of escape and fantasy. And in 2013, no publisher exists who does that better for me than Valiant Entertainment.

Just in time for me to express my love, Valiant goes and releases yet another teaser!

VALIANT IS THE MUST-READ PUBLISHER OF 2013.
THIS NOVEMBER, FIND OUT WHY.
UNITY #1 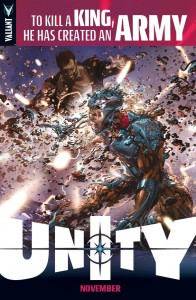 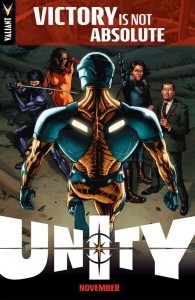