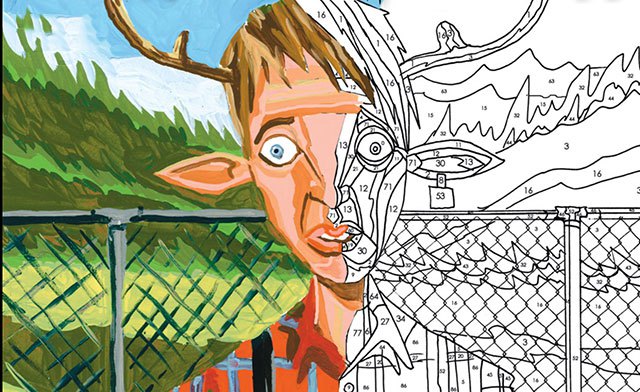 It’s amazing how much we want to see ourselves reflected in the animal kingdom. From horoscopic astrological signs to Disney’s The Lion King, we seem to desperately want to understand humans by terms of bestial natures and vice versa.

We ascribe personalities to all manner of animals — from those snooty giraffes at the zoo to my own snooty cat at home — imagining all sorts of motivations and inner turmoil behind their cool, voiceless exteriors. We want to elevate them out of comfort or fear, to make them seem less alien, less other to what we already understand. Indeed, if the animals around us were motivated by compassion, greed, kindness or guilt, we could predict their behavior as we attempt to understand our fellow man’s.

In 1968, moviegoers were treated for the first time to what has likely become the quintessential representation of man’s inhumanity to man (by way of the animals) in the epic The Planet of the Apes. The film depicts a post-apocalyptic world where humans have been reduced to the status of beasts and apes alone have been elevated to rule the planet.

Civilization long gone, the apes are a warrior class who live a life much closer to nature than we did prior to the fall. Hills were adorned with simple adobe huts, as horses became the chief method of transportation once again. Rudimentary scientists were often pushed aside by the ferocity of politicians and military leaders, as the basest nature of our culture was imagined to be overtaking our most philosophical and free-thinking sides in the form of this terrible new future. And amid all this change comes one man to challenge it all, the last remnant of a culture long gone. 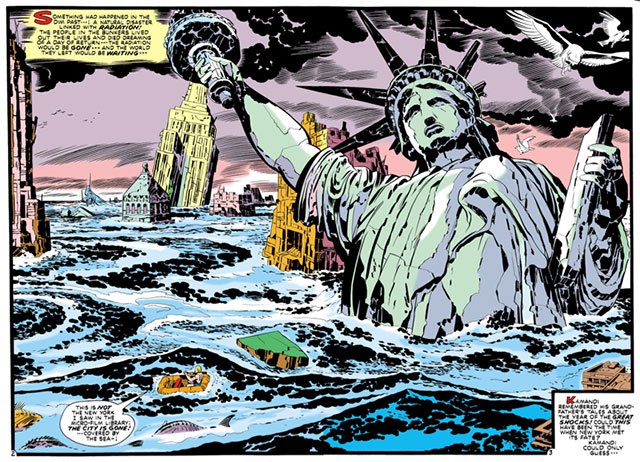 A powerful parable for our own contentious culture of the 1960s, The Planet of the Apes would go on to inspire countless works of art and sequels to its revelatory ending — but none so intriguing as that proffered by comic book legend Jack Kirby just a short time later. Debuting from DC Comics in 1972, Kamandi: The Last Boy on Earth was part of a wave of work Kirby returned to DC to write and draw after many years crafting the heroes of the Marvel Universe. Emerging from an underground bunker (quite literally named “Command D”) after the events of a nebulous “Great Disaster,” Kamandi discovered a world far different than those described on the film reels and printed records archived by his grandfather.

In one of the first panels of the series, the last boy floats above a submerged New York City, with the Statue of Liberty (star of the final moments of Apes) leaning into the darkened sky once again as a symbol of all mankind has lost. While undoubtedly a brazen homage, Lady Liberty serves another function in Kirby’s vision of the future — she introduces a world where The Planet of the Apes left off — with wider screen action and more bombastic creativity than filmmakers of the days before CGI could ever have dreamed.

No simple ape culture rules this savage planet with deadly radiation coursing through its veins, but rather any number of animal fiefdoms carve out the surface of this world. Apes are joined on land by lions, tigers, and bears, while irradiated crabs and sharks terrorize the seas. Kirby’s world is virtual menagerie of opposition to the sole remaining boy whose intelligence and honor rule over the savagery and mindlessness of the rest of his kind. Kamandi, last boy or no, is the brightest example what it means to be human — a pure swashbuckling hero, greeting adventure with a grin and inspiring hope in a world gone completely mad.

Like so many of Kirby’s original creations in decades of creative work, Kamandi leaps across the page in blocky bold form, as if every muscle were a fist in itself busting through the comic frame. He wants to bring order to the chaos, regain control and return the earth as near to what it once was on those film reels as could still be possible. He is our last, great hero doing battle against the vilest instincts we re-attribute to our furry friends, and we are meant to wonder at the superiority of man to conquer all that means to bring us low. 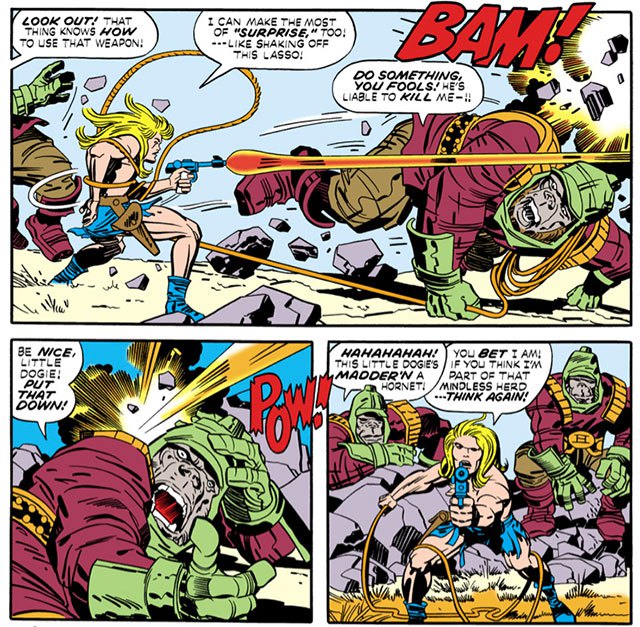 Ultimately, Kamandi represents more than just man’s triumph over his own failures, however. Kirby’s work (some feel his best in a career of unmitigated genius) is also a time capsule of our own understanding of a vision of the world that still reflected unconditional dominance — of nature and our own destinies. Forty years later, the Western psyche is no longer so unequivocally bold, having since witnessed up close the devastation of war and begun to take note of nature’s unwillingness to completely bend to our will.

It’s not uncommon to imagine Mother Earth taking her vengeance upon us for the damage we have wrecked upon nature, no matter how many politicians wish to debunk the science behind the belief in global climate change. We are a culture more divided than ever by contrasted ideologies, personal violence and alarming sense of inhumanity toward those around us. No surprise, then, that our understanding of one impending apocalypse be turned completely upside-down by yet another visionary comic book, the gloriously thoughtful and delicately beautiful Sweet Tooth.

First published by the Vertigo imprint of DC Comics in 2009, Sweet Tooth is the tale of humanity dying from mysterious plague while new animal/human hybrids begin to appear, born in their place. Like Kamandi decades before, the series is the product of a singular visionary in Jeff Lemire, Canadian writer and artist. Unlike Kirby’s tome, though, Sweet Tooth focuses not on the last boy on earth, but on the first boy of a new breed — Gus, a nine-year old deer/human hybrid — and his relationship with a man who threatens, but ultimately protects, him amid danger and chaos of a brave new world. 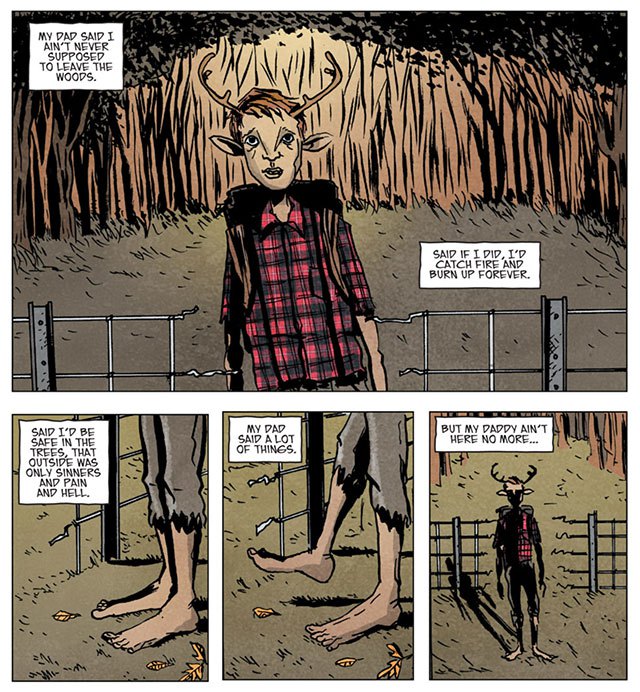 Gus is a unique blend of cultural innocence and moral fervor, having been raised in the isolation of the Nebraska State Wilderness Sanctuary until his father finally succumbed to the so-called hybrid plague. Highly literate, unlike many hybrids spontaneously born to normal human parents, Gus lived his life until meeting the man Jepperd with a fairy tale perception of the world outside the woods.

Once embarking on a trip toward “The Preserve,” a safe haven for this new breed of beings, Gus encounters a world far more threatening and violent than he could have ever imagined. Once Jepperd trades Gus to a group of military scientists intent on dissecting the young man to discover a cure for the sickness killing everyone around them, it becomes clear to Gus that no human can be trusted, that evil, in fact, rests in their very souls.

It’s only in Jepperd’s conscionable return to rescue Gus — and Gus’s own brush with the necessity of violence to save his friend’s life — that we begin to experience human (or hybrid) nature as it truly is. Good and evil are a choice we make in the world, and no one’s inherent character is decided by their genetic make-up or species. But while it may be in our power to make that choice, the consequence of choosing a world of violence has repercussions that remain unavoidable.

As the remaining humans become more and more desperate to destroy Gus and his friends, the inevitability of their deserved demise becomes ever more clear. If Kamandi is a parable of man’s ability to conquer his own destiny, Sweet Tooth may very well be that of man’s ability to seal it. 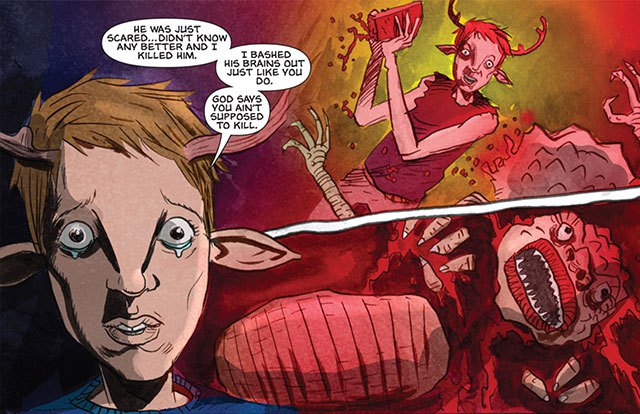 As if to define that difference, however subconsciously, the artist delivers a depiction of his characters and their environment completely opposite in style to that of his spiritual forefather Jack Kirby. No less genius (challenge me if you will, old school comic fans), Jeff Lemire is crafting, panel after panel, the most delicate of line and softest of color palette — as if to represent so splendidly throughout the series a tenuousness to Gus’s livelihood and safety. Not unlike Kirby, there is a rough-around-the-edges quality to Lemire’s depictions, but it veers towards a naturalistic, nearly rural quality, while Kirby’s style always seemed to represent the larger than life.

No, Gus and Wendy and Bobby (oh dear, sweet Bobby) find their emotional power in a meekness that radiates pure, unfiltered goodness and their world is poetically beautiful, even in its extremity and horror. Weariness for a world that is quickly passing away lines Jepperd’s face, and ultimately that of Gus, as we discover the choices that lead to the end of life track upon their very bodies and spirits. And even in those early days, when the risk of death drew near, one cannot help but marvel at the lush, comforting magic of it all, grandeur existing even in the face of natural and human disaster. 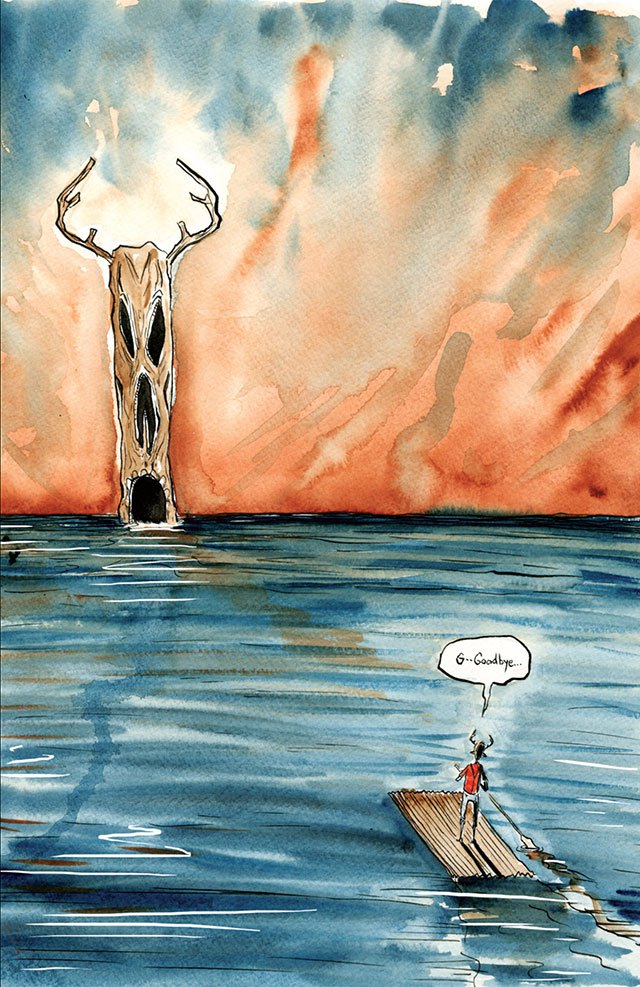 As a modern philosophical take on the danger of impending apocalypse, Sweet Tooth remains one of my favorites for its heart-wrenching emotional honesty in an atmosphere of loss and restoration. In choosing to imbue the spirit of survival and righteousness not in humanity, but in this first boy of a new way of life, Lemire has captured a real sense of the vulnerability we now feel in regard to the environment and our own philosophical conundrums.

As beasts of burden to our own damaging legacy, we now ascribe our buoyant dreams to that which may be less human, but seemingly ever more deserving of our hopeful projection than ever. In Gus we have a template for the best creature we can desire to become, and for quite possibly the first time, a genuine roadmap for how to achieve that goal — not through war or unyielding fanaticism, but through friendship, sacrifice, and, quite simply, love.

This article was originally published online and written for the Idler Magazine, January 2013.