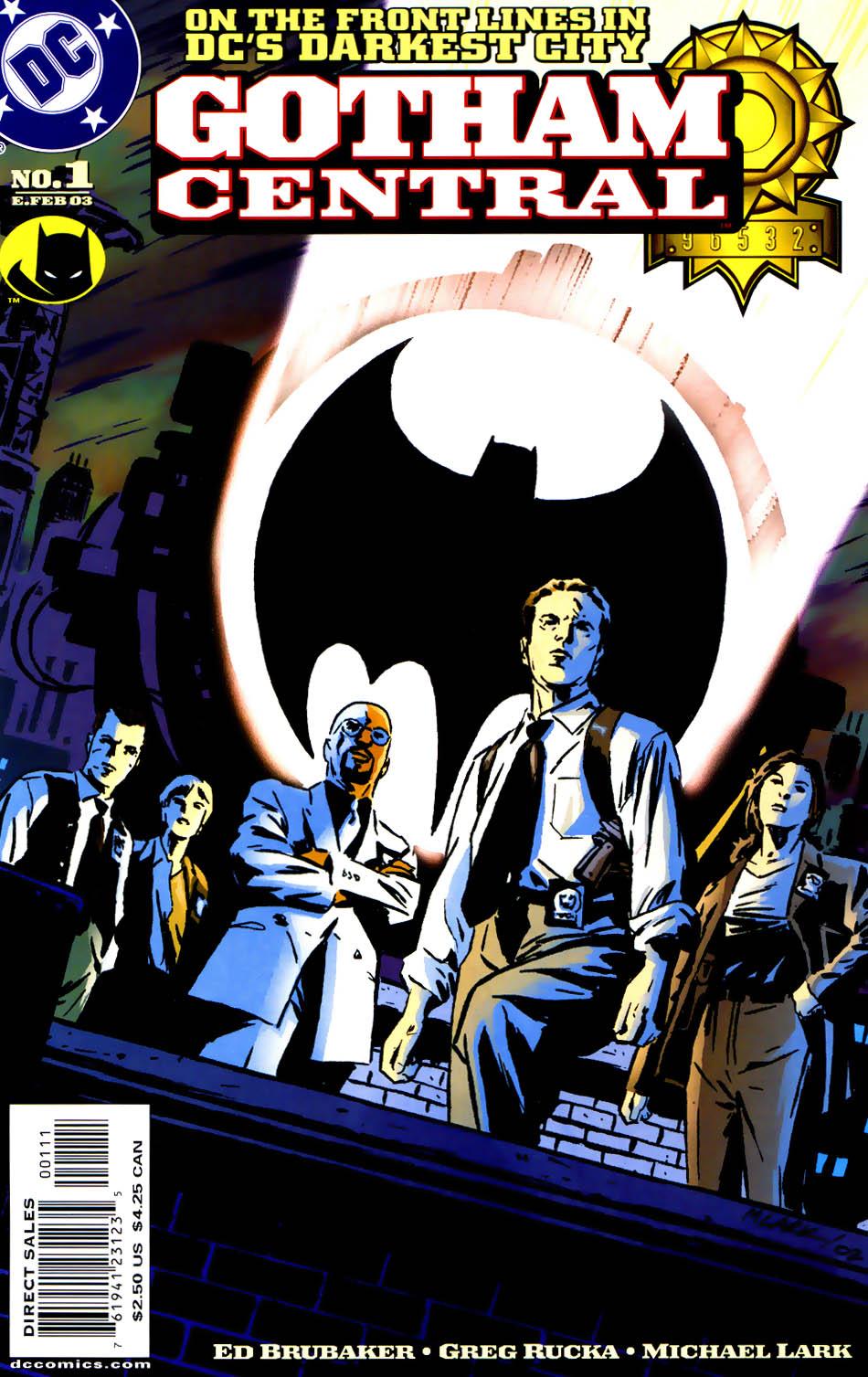 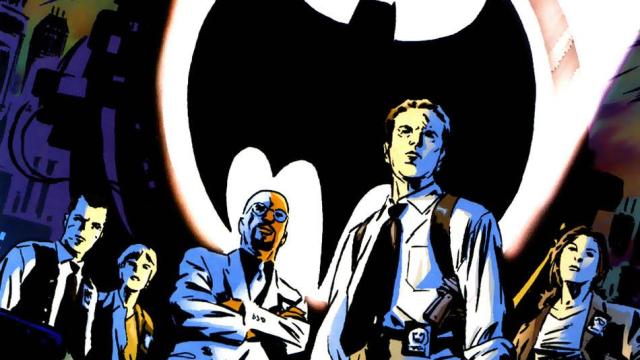 The week went by so quickly for Gotham Central Club! It was great seeing everyone jump in to talk about the first ten issues of Gotham Central by Ed Brubaker, Greg Rucka, and Michael Lark. In case you missed it, we had a fun mid-week roundup with some of my favorite tweets from the first half of the week, as well as some interviews with the creators and legal overviews of events from the first arcs.

To see all the great action that went down, take a look at the #GothamCentralClub hashtag now! Below I’ve compiled some of the greatest hits from the second half of the week as well as some more extras. If you have additional thoughts and/or comments, be sure to speak up in the comments section below.

If for some reason you missed out, that stinks and we’re sad to have missed you. I still highly recommend you check out this series (maybe buy the issues digitally). Starting next week (October 6) we’re going to be reading through Jonathan Hickman’s S.H.I.E.L.D. miniseries (available on Marvel Unlimited or Comixology, or your LCS, maybe), so also stay tuned for information about that!

The bit at the beginning of the third issue, “All debate ends when you bring up Hitler,” makes it so real for me. #GothamCentralClub

I love the use of the clock in the panels of issue 2. So small, but big impact. #GothamCentralClub

You think Batman discovered Mr. Freeze’s intentions himself? What if he simply saw Bat Signal and turned on Bat Scanner? #GothamCentralClub

I want a comic based on super villain eBay auctions. #GothamCentralClub pic.twitter.com/f0HxA8jziv

This hooked me so fast – that a villain who I consider a joke was such a threat to regular people #GothamCentralClub pic.twitter.com/xXOXpianMY

This means so much more than usual…so much more to that switch being flipped #GothamCentralClub pic.twitter.com/pFuwUcb9z7

Gotham City #5 is the darkest issue so far. Suffused with noir touches, the blackness is palpable. #GothamCentralClub pic.twitter.com/8uCaC8nPAV

Huh, wow, times really have changed since 2003, haven’t they? Not exactly shocking to a reader now #GothamCentralClub pic.twitter.com/yHm0nISoQR

Favorite page of the whole series, maybe. Says so much with so little. #GothamCentralClub pic.twitter.com/AkvfflKlnk

#GothamCentralClub #7 – One of the most “real” comics I’ve ever read. Huge fan of this issue. pic.twitter.com/pcRB7eQ3WV

Love how much the setting is a character in this book #GothamCentralClub pic.twitter.com/yZaxvi2HHa

You sure do, Gotham Central. You sure do (yes I want to read more please and thank you). #GothamCentralClub pic.twitter.com/vyFGeGi2hi

#GothamCentralClub I agree with criticism I’ve read that Gotham Central is its least interesting when superheroes/villains enter the mix.

Let’s kick off this extras section with an overview of the entire Gotham Central series on Multiversity Comics. I know we only read the first ten issues for this week’s discussion, but really you should add the whole Gotham Central run to your to-read pile – I think it’s great, so let’s see if others agree (hint: they do).

The books also show the incredible strengths of both writers, writing a rather diverse cast of characters that hits just about every type of character you could imagine. This isn’t a straight story of heroes and villains, but rather a group of people who want to do the right thing to the best of their abilities. The human element is what really makes this title soar above the average DC title, because as much as it’s fun to look up in the sky and wonder if you’re seeing a bird or a plane, there is always an inherent disconnect between the realism and escapism that comics alternatingly give us as readers. However, for the same reason that we watch gritty television cop dramas to see the ordinary become a little bit more intriguing and extraordinary, Gotham Central … show we don’t need no stinkin’ Batman to do this right, and it turns the ordinary into the extraordinary.

If you’re trying to convince anyone to read this series, this full post should definitely convince them. 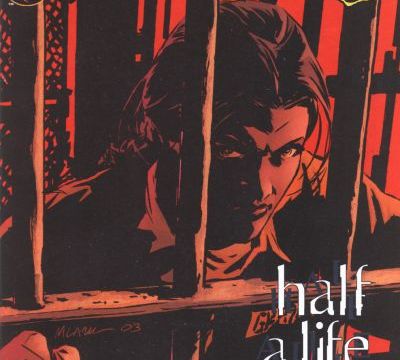 Next up we have a 2006 interview with Greg Rucka on Comic Book Resources. If you scroll down a bit you can get to the Gotham Central part about the series ending:

And I’m going to miss it, but I do think that it is the kind of book that…it was very much an ensemble effort. I think it’s better that the book go out strong and on its own terms than get cancelled. And I think that it ends appropriately. I think it ends the way it should.

I also wanted to share a 2008 interview with Greg Rucka where he talks about incorporating Gotham Central into the Batman: Gotham Knight animated series on Comic Book Resources. There’s some great stuff in here, but here’s a light sampling:

My interests, while I love those [main] characters, are not with them as much. You know, I’d love to see them do something more with “Gotham Central.” But that’s my taste. I like writing stories about how Batman looks to the guy who is working 9 to 5. I like the stories about how Superman looks to the 12-year-old out playing ball in the street…. We forget what it would honestly be like, what the honest human emotion we’d get if we went outside tonight, there was a guy ten feet in front of us, stopped, turned, crouched, leapt in the air and then flew away.

Unfortunately there were a ton of other interviews that are up on sites that no longer exist, so I can’t share them except through the Internet Archive Wayback Machine. Here’s a 2004 interview from Chud.com that reveals the secret origins of Gotham Central:

How did this project start?

Greg: Honestly? It came from a Wizard magazine poll. Back in 1999, I was looking through an issue of Wizard, and it had one of those pie-charts that read, “Which secondary character should get his own book?” Forty-four percent of them responded… Commissioner Gordon! I cut that out. I cut that out and put it in my wallet, and I went to see Denny O’Neil at a summit in Nyack and I showed it to him. I said, “We have to do a Gordon book.”

Finally, another Wayback Machine’d interview from May 2003 on Ninthart.com. Greg focuses on female characters in his comics (the whole piece is a great read, but this snippet is most relevant to our reading):

“Renee was always queer to me. From the moment I met the character, she was gay. And the story that is running now, I always knew I would tell it. … She’s outed because that’s part of the story. Not the whole of the story, just part of it. Why did I ‘make’ her queer? I didn’t. I know there are people who won’t accept that, who won’t buy it, but that’s the only answer I have. As far as I’m concerned, she’s always been gay.”

Many many thanks to everyone that participated in reading with us this week! We look forwarding to talking S.H.I.E.L.D. with you next week, and stay tuned for details on @Comicosity!