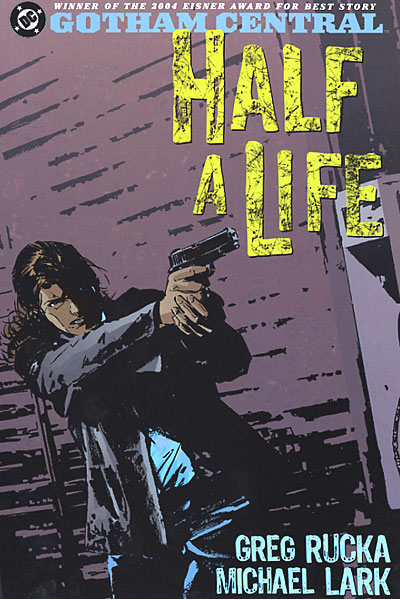 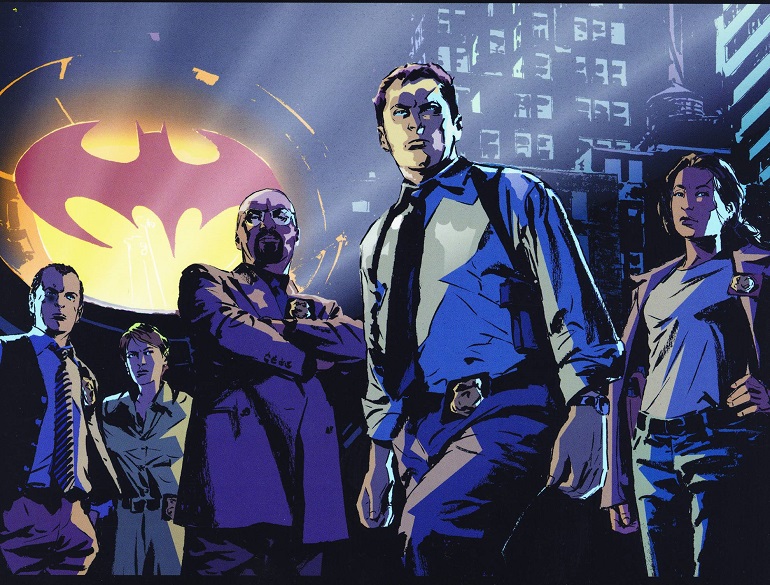 Welcome everyone to our mid-week roundup for Gotham Central Club! We hope you haven’t missed the news that this week we’re reading DC Comics’ Gotham Central in honor of the new show Gotham that premiered on September 22. All week you can join us using the hashtag #GothamCentralClub to discuss your favorite moments, post your favorite panels, and talk generally about the first ten issues of this highly underrated comic. If you haven’t grabbed them yet, you can still buy the issues digitally here.

For our midweek roundup, let’s kick things off with some highlights from the first few days of Twitter discussion. You can also chime in in the comments section below!

Gotham *is* the titular character, alive and with a part to play.(1)#GothamCentralClub pic.twitter.com/TnQNFmQZMS

Gotham Central is a comic to savor and take your time with. The quiet moments mean so much. #GothamCentralClub pic.twitter.com/7fvsi3i3Kj

Smart sequence explains the relationship of Batman to the cops and why they love and resent him. #GothamCentralClub pic.twitter.com/Ug1gE3vZTq

#GothamCentralClub #3 – I’m not a fan of TV crime dramas but I like the tone & dialogue of this series so far. pic.twitter.com/D396FeZcsO

As we did with X-Statix Club, I always like to share a few outside thoughts and extras on the week’s reading. You may have seen our roundup of a few links (warning: spoilers), but who doesn’t like supplemental material?

To start, let’s start with an except from Comics Alliance’s 2011 article, “Gotham Central: The DCU Police Drama Everyone Should Read”:

The immediacy of GC arrests you with the first panels. When comics aspired toward reality in the eighties, they did so with masks and capes. Though there are some great examples of “real world” books, they’re all still focused on a ridiculous premise. With Gotham Central, the focus is GCPD’s Major Crimes Unit. Cops. Real people. Not super-powered cops, not living weapons like Batman. Just vulnerable, soft pink flesh with drinking problems. By rooting its characters in a much closer relationship to the actual, real, for really real world, Gotham Central brings the reader much nearer to the story than any superhero book could.

For those who may have interacted with me on Twitter, I’m the first to admit that I’m not the biggest Bat-fan, with a few exceptions. I’m not saying these are bad comics, but not necessarily for me. That said, I connected and fell in love with Gotham Central almost immediately. The relationships that Brubaker and Rucka develop across characters living in the hellish world of Gotham without superpowers feel deep and genuine, and Michael Lark’s artwork builds tension in a way that no words could. In fact, this might be the DC Comic for Bat-haters like me because the cops don’t like him either!

Next, we have a 2003 interview with Ed Brubaker on Comic Book Resources:

“When Greg and I first met, I told him about the first Batman story I ever pitched, which ended up being cannibalized later to become ‘Batman 603,’ reveals Brubaker. ‘At the time the story was called ‘Slam Bradley’s Final Case’ and Michael Lark and I pitched it as a one-shot ‘Legends of the Dark Knight,’ and it got shot down. It’s a story about the investigating officer in the death of Bruce Wayne’s parents, and it was about how Batman and his villains changed the way the job is in Gotham.

Greg liked that idea, and he’d been trying to put more and more cops into ‘Detective’ at the time, and so we just sort of kept talking about doing a cop book in Gotham. Then when we wrote ‘Officer Down,’ it just all clicked.”

To learn more about the launch of the book as well as see additional interviews with Greg Rucka and Michael Lark, see part 1, part 2, and part 3 of the interviews. I particularly love Michael Lark’s take on the series:

Before we wrap up, I thought it’d be interesting to share a real-life legal overview of the events from the “Motive” arc (issues 3-5) and the “Half a Life” storyline (issues 6-10) from Law and the Multiverse. I’d be lying if I knew what half of this stuff meant, but it’s a really cool overview and perspective. From “Motive”:

“It’s also very significant that the identification was made before the suspect was indicted or charged.  A suspect has a right to counsel during lineups and one-on-one identifications “at or after the initiation of adversary judicial criminal proceedings,” but not before.  Kirby v. Illinois, 406 U.S. 682, 689 (1988).  So Firebug didn’t have a Sixth Amendment right to counsel at that point anyway.”

“But as to the outing itself… that’s not necessarily illegal. It’s certainly not defamation—it’s true, after all—and there are no laws against publicizing someone’s sexual orientation. It is, however, almost certainly grounds for an invasion of privacy lawsuit, specifically one based on the public disclosure of private facts.”

Be sure to check out those whole posts!

Thank you to everyone that’s participating and early next week we’ll have a full roundup of all the great stuff you talk about! Until then, enjoy reading issues 1-10 of Gotham Central and be sure to talk about them using the hashtag #GothamCentralClub!