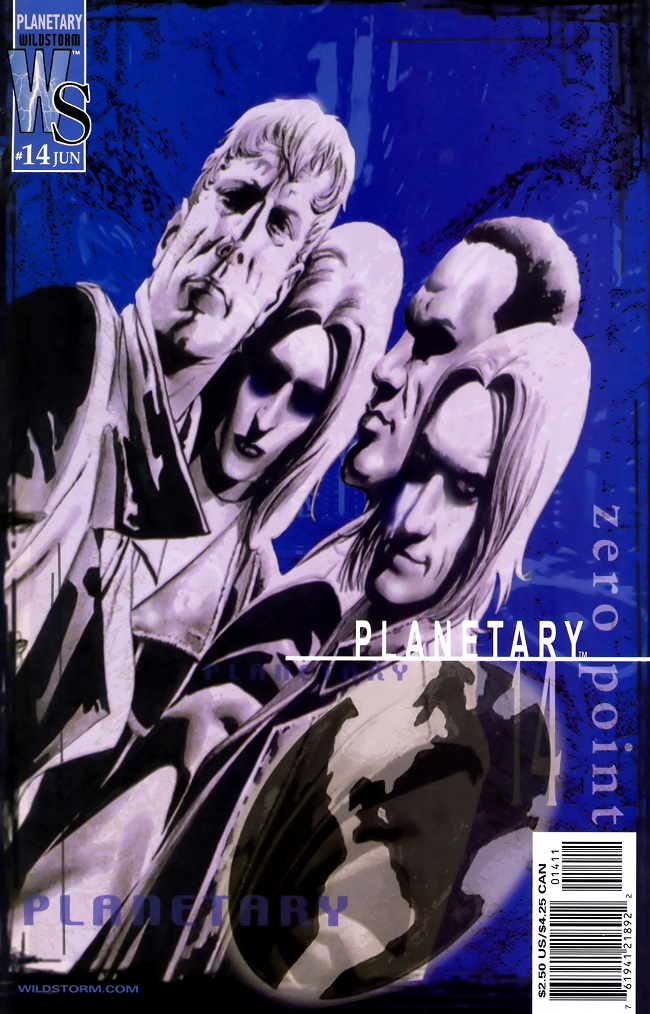 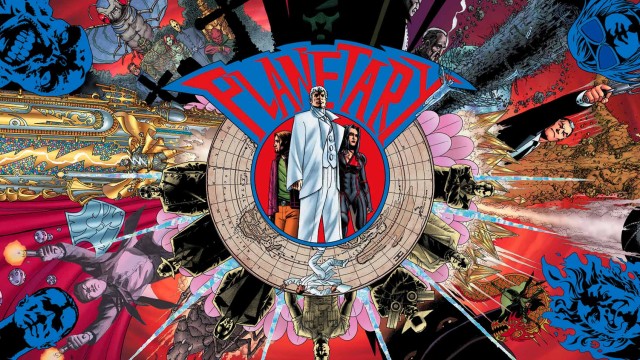 Hey! It’s time for some more fun action with the Comicosity Book Club and our reading of Ellis and Cassaday’s epic story of Planetary! Each week in these roundups we like to share your favorite panels, pages, thoughts, and extras from the #PlanetaryClub hashtag. In the event that you missed last week’s round up, you can find it right here where we left it.

Today we’re talking about volume 3 of the series, which consists of issues 13 to 18. Sadly, we’re getting near to the end of things, and next week we’ll be wrapping up the series with issues 19-27. Be sure to follow along using the hashtag #PlanetaryClub as we finish this crazy comic!

But before we can close the book for good, let’s take a look at our favorite tweets from volume 3:

Best page and best line of the series so far. #planetaryclub pic.twitter.com/oonSk1rgoQ

Perfect visual storytelling. No words and we know exactly what has happened here. #planetaryclub pic.twitter.com/rrK7RuBqGx

I absolutely, 100%, from top to bottom love this idea and these images. #planetaryclub pic.twitter.com/pFutLRMj59

Tips for future dealings with the King of Vampires. #PlanetaryClub pic.twitter.com/JAxHL0oxcV

This page. Wow! Would love to see the raw pencils for this! #PlanetaryClub pic.twitter.com/sGvdZ42KJ7

Dug these out to read after #PlanetaryClub The Batman one is the best imo. Funny that Jakita has a crush on Bats 1/2 pic.twitter.com/zuIYelAIJo

Believe it or not, the internet is full of cool weird tidbits! First up in this week’s extras is a complete Planetary timeline. One thing that surprises me is that The Drummer is supposed to be in his earlier 20s, I always pegged him as a little other than that. 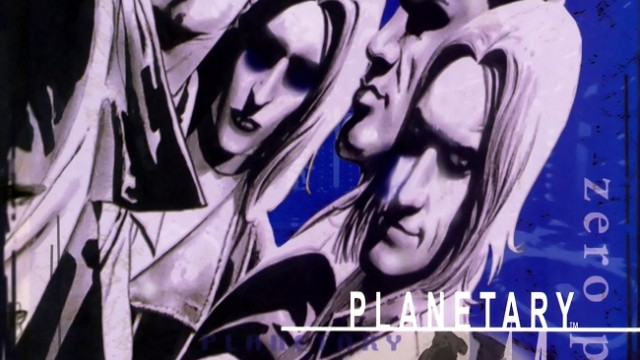 Next up we have a review of the entirety of volume 3 from Sean T. Collins. This was originally published in October 2005, then later reposted on his own site. He himself admits “I was an angrier person back then,” which is a nice of way of saying he doesn’t have too many nice things to say. Check it out for yourself:

Swap the color schemes and the sex organs and you’d be hard pressed to spot the difference between main characters Elijah Snow and Jakita Wagner at all. Consisting of virtually nothing but the type of deadpan “I’m incredibly blasé about this outrageously cool thing that I’m looking at”isms that Ellis has somehow made a career out of, their dialogue is completely interchangeable; indeed, one of the few non-Cassaday pleasures to be had from Volume Three is the flashback sequence from back when Snow still spoke in a Claremontian down-home American dialect, since if there’s any other way in which Snow is different from Wagner–or Apollo, the Midnighter, Jack Hawksmoor, Jenny Sparks, etc etc etc–I’d love to hear about it.

It should be noted that around the time that the issues in this volume were being released, there were also a number of Planetary crossovers, including with the JLA and Batman. Here’s a pretty thorough retro review of the Planetary/JLA: Terra Oculta one-shot issue from back in 2002:

This is a very, very ambitious work. Think about the requirements here: create an alternate universe, leverage the readers’ existing knowledge of Planetary and much of the DC Universe, and create then resolve an epic confrontation all in 48 pages. Certainly all of DC’s Elseworld tales attempt some of this, to an extent. But to involve so many characters and so much history from two wholly separate universes is an awfully tall order.

Thanks to the magic of Google Books, we can also search through academic pieces about comics! This includes Geoff Klock’s “How to Read Superhero Comics and Why,” which features a reference to Planetary when discussing the important connection between a writer and artist. Here’s a snippet:

If this book does draw attention to the “writer” more than the “artist,” then, this is because of a bias that connects the narrative with the writer and because more often than not this book analyzes the more abstract “story,” only occasionally providing detailed commentary on specific images.

You can check out more from this book here.

Finally, let’s share a little Planetary fanfiction. Yup, that’s right, fanfiction! For those people that just need more story. There are a few of these pieces, including Monitor’s Lie: A Planetary Adventure and Exchange, but by far my favorite is the Planetary/Buffy crossover story True Demons. They’re all pretty bad.

As always, many thanks to everyone that has already participated in reading Planetary with us. Please stay tuned next week because we’re going to have some great extras surrounding the end of Planetary and lots of people’s thoughts on the series as a whole (spoiler alert: people really like it). And yes, be sure to share all your thoughts on the #PlanetaryClub hashtag on Twitter!