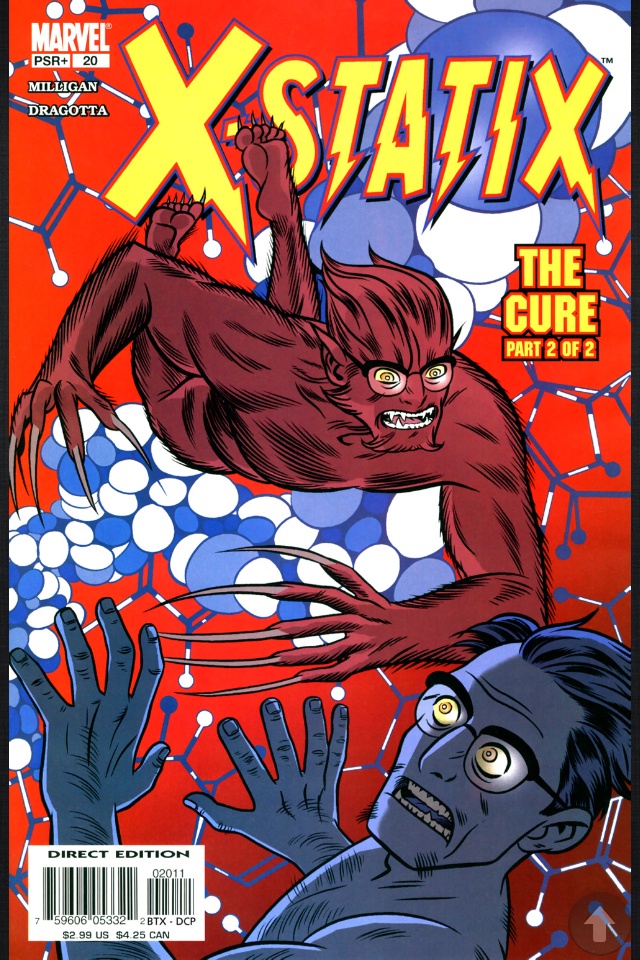 After twelve weeks, we’re closing the book on the Comicosity Book Club’s reading of Peter Milligan and Mike Allred’s X-Statix run. Thank you so much for everyone that participated! There were some great conversations, and of course some great comics read over the past few months.

Now that our conversation for #XStatixClub has reached its conclusion, I wanted to share some highlights from the final week of reading (X-Statix 20-26), as well as roundup some thoughts on the series as a whole.

Also, in case you missed it, we’re reading DC Comics’ Gotham Central this week in honor of the new show Gotham, which premiered last night. We’ll be doing this a little differently – throughout the week of September 22 through the 28th, read, post, and talk about issues 1-10 (from the first TPB “In the Line of Duty”) at your leisure! Just be sure to tag everything with the awesome hashtag #GothamCentralClub.

Thanks again to everyone who contributed to our discussion of X-Statix – I know I had a ton of fun reading with you all!

This is a fun scene, reminiscent of the Kree Skrull War from 1970. (I ought to write a book). #XStatixClub pic.twitter.com/pWqlnbBynm — Jason Sacks (@jasonsacks) September 21, 2014

There. I’ve finally read the entire series, thanks to @smarx_ and @comicosity, I Loved every minute.#XStatixClub pic.twitter.com/MxWScxUR0K — Frak T’Churr (@fractures) September 21, 2014

X-Statix lost its luster for me. I’m only still reading for Allred’s art & #XStatixClub.

I was disappointed that X-Statix devolved into one-part self-parody, one-part travelogue in its home-stretch. #XStatixClub

For this roundup I want to share some reviews of this week’s reading, as well as some collected thoughts on the X-Statix series as a whole. Though these issues brought up some pretty mixed feelings about the end of the series, it’s worth noting that Comics Should Be Good!I at Comic Book Resources listed this final arc as number 50 in their “50 Greatest X-Family Stories” list. It seems like most of the reviews favored the “vs. Avengers” arc greatly over the previous one, but that didn’t stop the book from having abysmal sales (X-Statix 25 sold just 23,449 issues, putting it in 101st place for the month).

“After the nosedive this book took around the ill-fated “Di Another Day”/”Back From The Dead” debacle, the current X-Statix vs the Avengers storyline is helping this book to climb back up the ladder of quality.”

“Allred (hell, both of them) is turning in some fantastic work for this story arc, coming back revitalized from the break conceded during “The Cure”. Allred’s depictions of Cap and the Witch bring to mind the classic Kirby-era Avengers, the pair looking like they just stepped out of the 1960s in contrast to the modernized aesthetic of the X-Statix. While I do kind of miss Madman, I’m hoping Allred sticks on this title for a long time to come*.”

*Sam’s note: The series was cancelled one issue after this arc ended, but you knew that. 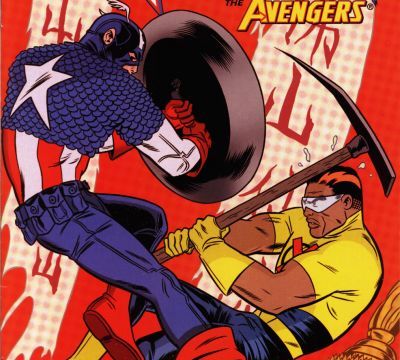 In 2009, the blog Random Longbox ran a review of issue 25, with some reflection after five years:

“I fear that the X-Titles will never be as good as they were at this time. But then I thought that back when Claremont originally left in the early 90’s, so hope springs eternal. But for now, let’s relive the last great days of the mutants.”

“So here’s a bonus fact about this issue…it turns out that this was probably the last issue that I enjoyed reading about The Avengers as well. So that makes this issue a two-fer, and it’s a damn good one at that.

Peter Milligan gives us another absurdist issue, all the while playing the Avengers relatively straight. So in the end, we get the best of both worlds. I’ve always enjoyed Milligan’s stories when they run slightly askew, and his run of X-Statix definitely fits that bill. Dare I say it, but he actually made us care for this bunch of characters that were basically one-note gags.”

Moving on to series overviews, I’ll start with iFanboy’s thoughts on the omnibus. They even listed the book as their Book of the Month when it was released!

“As a loyal X-Men fan and X-Force reader, I had built up relationships with the characters and I’ll admit, I was skeptical of what was happening. But from that first issue of X-Force #116, I knew that we were in for something special. Something unexpected and unpredictable that would challenge me as a reader and entertain me in ways I never could anticipate. Milligan’s take on X-Force was to introduce a group of mutants who were usurping the name X-Force and positioning themselves as celebrity heroes.  It’s a concept that had been broached before and has done after X-Statix, but no one has ever done it in such a shocking and amazing manner.” 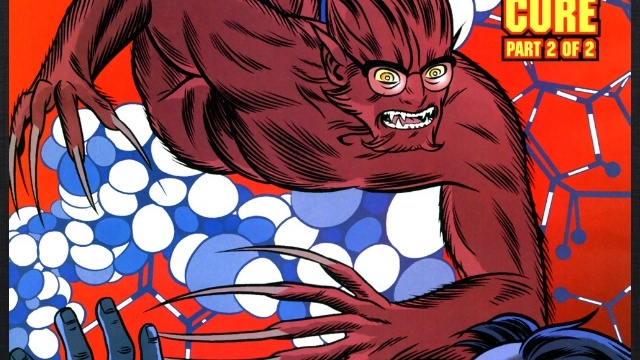 For the sake of space I’ll share just one more post before putting a bunch of links below with additional thoughts and reviews. This review from Comics Cube is brilliantly titled, “Why Everyone Should Read and Love X-Force/X-Statix”:

“Whenever I find the time and motivation to read X-Force/Statix again, it gets better every single time. The characters are some of the best ever created, easy to like, complex and interesting. U-Go Girl remains one of my favorite characters to this day, even though sometimes I forget that to be true. Peter Milligan’s writing was ahead of its time, nearly prescient in portraying the continued escalation of “Reality” TV that will eventually destroy our entire society, like a comet from the sky, formed of bad decisions and worse behavior.”

“I don’t pretend to be smart enough to know what Milligan’s intentions were for the series. I suspect he might have wanted to explore the depravity and lack of redeeming social value of reality television, popstar idolization, and the mass media coverage of it. Maybe he just wanted to make fun of pop culture, or the entire genre of superheroes itself. Whatever the case, he was successful at all those things while also creating characters that were, at least for this reader, characters I cared about.”

Some of those links I mentioned:

Again, I want to send out many thanks to everyone who participated and read with us! Be sure to join us this week for #GothamCentralClub too! Get all the details here.