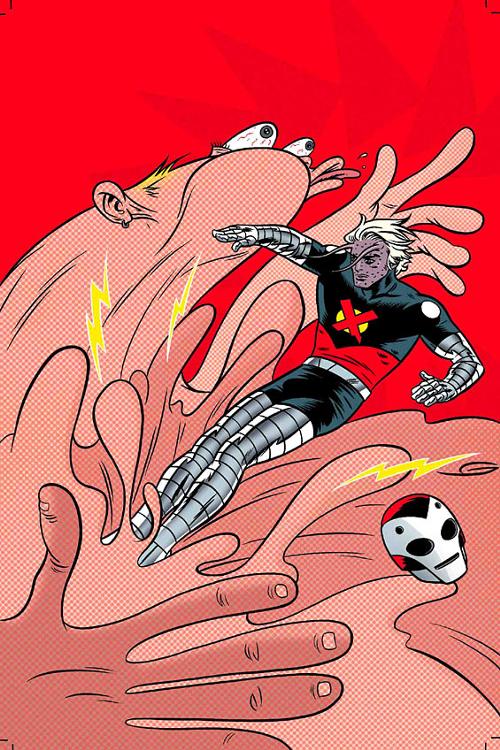 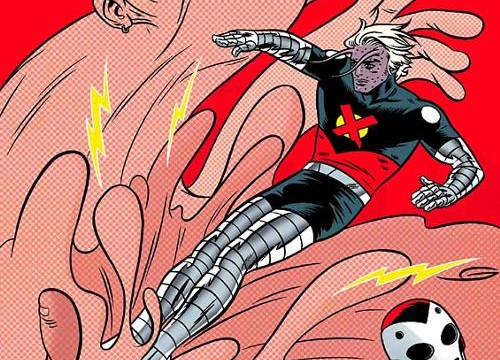 It’s Tuesday, which means another edition of our Comicosity Book Club roundup! This week we read issues 9 and 10 of X-Statix, as well as the Darwyn Cooke illustrated Wolverine / Doop two issue miniseries. For those who had the omnibus edition of the book, you might have also seen the “A Hard Day’s Fight” story from X-Men Unlimited 41.

I like X-Statix #9 a lot – very entertaining & great art. I can’t figure out why but X-S is much better than X-Force (for me). #XStatixClub

Nice how Milligan sets up what seems like a happy beginning then undercuts again and again in issue 9 #XStatixClub pic.twitter.com/j80lKjLwY0

My favorite panel of #XStatixClub so far. Out of context it’s even better. Happy friends laughing. pic.twitter.com/mgdYP7Onj2

Hey, I resent that remark! Ok I’m not a sleazeball like that guy but still… #XStatixClub pic.twitter.com/VRyIVy79hg

Maybe it’s just me, but I wasn’t a fan of Edie back in such a big way for X-Statix 10. Would like to move on & see more Venus. #XStatixClub

@smarx_ It’s strange the two flashback, outside-the-team issues have been about Edie, one shortly before her death, one after. #XStatixClub

I can’t lie, I couldn’t get into Wolverine/Doop. To each their own but it’s too silly for my tastes. #XStatixClub

I was inclined to dig up some retro reviews for Wolverine / Doop 1 and 2 because it seems like a pretty big deal, bringing in a landmark character and Darwyn Cooke for a special crossover. So… was it well received?

According to a May 2003 review on Mania.com:

“Really, the only thing that’s not confusing about WOLVERINE/DOOP is Cooke’s usual stellar artwork…. Sadly, that’s about the only joy to be had from this book so far. Perhaps future issues of the miniseries will make everything clearer, but for now, WOLVERINE/DOOP is a gorgeously realized mess.”

“Gorgeously realized mess”? I don’t know if I’ve ever heard that one before. Maybe this review from August 2003 on Popmatters.com will be better:

I guess they can agree to disagree, then! Here’s some more from the Popmatters review (and I didn’t know there was an X2 tie-in!):

“It’s difficult to see, however, why this was timed to tie in with X2. It’s a fun story, and to some extent this inventive team’s Wolverine is closer to Hugh Jackman’s humane big-screen version than anything in the stale X-title environment right now. … Surely Milligan enjoys stretching his legs and giving Doop a little more light, but as a marketing plan it’s weak.”

Moving ahead a little in time, there’s a 2007 review of Wolverine / Doop on GraphiContent. This reviewer sums up his feelings quite nicely:

“DOOP HAD SEX WITH A PINK MINK WRAP!

I actually don’t have much to say about this book beyond suggesting you pick it up and see one of the weirder things published in the past four or five years. And wonder what happened.”

Finally I want to take a look at a 2009 “reread review” of Wolverine / Doop over at Comic Book Resources. Written six years after its initial release, we see if this book holds up (according to this reviewer):

“If you’re looking for much logic in this story, there isn’t any. Milligan raises the idea again and again that we should just go with the flow of the story and not worry too much about anything else…. What’s with the psychosomatics converging on Toronto — conveniently where Doop and Logan are? Why doesn’t anything really make any sense? WHO CARES! It’s absurd, bright-coloured, fun superhero comic books, people! Enjoy yourself!”

“I honestly don’t have any real criticisms of this story. The lack of logic is purposeful and works. It’s a very breezy read, helped along by Cooke’s art. Logan and Doop kick some ass and then get laid… what more can you want?”

There you have it folks! It makes no sense, some people let that fact bother them, and everyone can agree the Cooke art looks great!

It’s also fun to note that in the preview for issue 2 of Wolverine / Doop, we get this little gem (three guesses what it means): 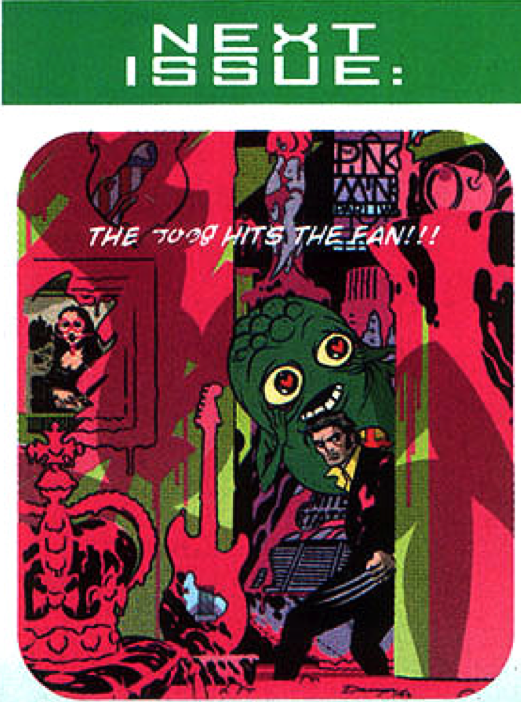 Finally, what Comicosity Book Club roundup would be complete without a letter excerpt? Today’s comes from X-Statix 9:

Doop reminds me of the time I ate too many dollar menu tacos from Burger King and developed a nasty case of the green apple splatters.”