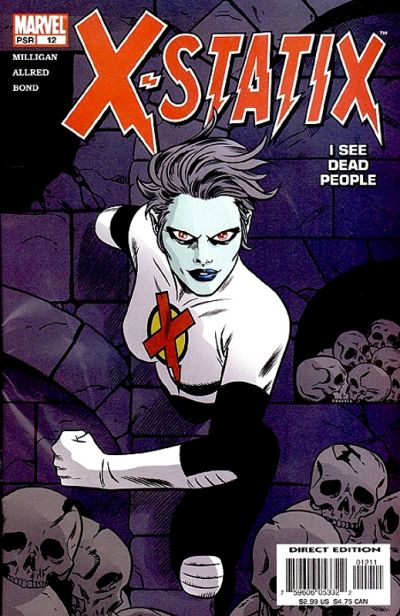 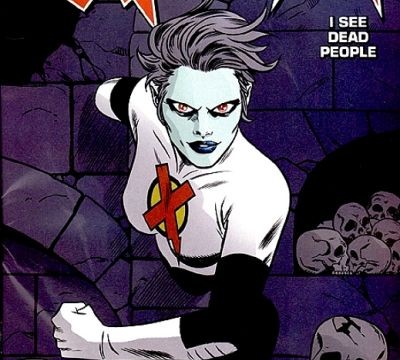 You know what time it is! Oh, you don’t? Well, it’s time for another edition of our Comicosity Book Club roundup! This week we were lucky enough to read issues 11, 12, and 13 of X-Statix written by Peter Milligan with art by Mike Allred. This was a fun week – we see some new characters (Robbie and Henrietta) as well as some out-of-comic Princess Diana controversy (we’ll have more on that later).

Want to join in the conversation? Follow the Twitter hashtag #XStatixClub each and every Sunday! Let’s kick things off with some highlights from this week’s conversation.

Wish I could buy these pills at my local Walgreens. #XStatixClub pic.twitter.com/AKIbXSdRZf

There is so much Comedy in these three issues of X Statix, it reminds me of the Bwah-ha-ha JLA. #xstatixclub. pic.twitter.com/3U6mPOoSQJ

X-Statix #11 was created & marketed as a starting point for new readers. I randomly bought it in ’93. #XStatixClub pic.twitter.com/nIqIpDPuIt

Unfortunately X-Statix #11 follows the style of most of the X-Force issues – bickering & superficiality. #XStatixClub

Fun to see a gay twist on the traditional comics crush – especially with the former lovers talking. #XStatixClub pic.twitter.com/jZGCZlDi7U

Intense ending to the necrophilia storyline. Feels like something out of the old EC Comics. #XStatixClub pic.twitter.com/NAzNT0cF2D

I wanna say “you go girl” but that seems inappropriate. #XStatixClubpic.twitter.com/ffgP3Q6ZIN

First off I want to thank our friend for sharing an excerpt about X-Force/X-Statix from Sean Howe’s Marvel Comics: The Untold Story. If you haven’t read it yet, I highly recommend checking this book out…

How about some retro reviews? The series was in full swing with these issues – we’re returning from a Wolverine/Doop break, and bringing in some new characters to spice things up. So, were these issues well received? Let’s start with a 2003 review of issue 11 from Necrisrex:

This issue is a great return to the actual X-Statix title, and a good jumping-on point for new readers. It features a look at the team through the relatively inexperienced eyes of Robbie, and as such it manages to re-introduce the concept of the team without the annoying recap pages. 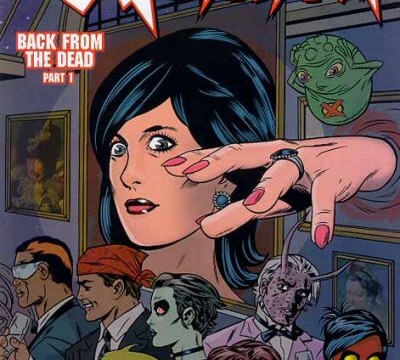 Sounds like we’re off to a great start! Moving along to issue 13, however, poses some issues. For those who may not be aware, the character Henrietta Hunter was supposed to be the late Princess Diana (that Princess Diana), but the idea was nixed at the last minute due to outrage from the British press (I read about that in Marvel Comics: The Untold Story too!). Peter Milligan took some time to write about the issue in The Guardian in June 2003:

“My mutants all have agents, negotiate fees for image rights, open megastores and live the dream. People die in my comic. We even have a character called Dead Girl.

So I thought it was time we had a real dead girl in the team, and, clearly, Diana was made for X-Statix: someone famous for being famous. In the world of the X-Men, the mutants are feared and hated. In X-Statix, they have turned this around and made themselves stars – glamorous, rich and powerful. That seems, to me, to be pretty much what Diana did inside the royal family.

Number one in this storyline, called Di Another Day (I know – it’s just the kind of juvenile pun that Eamonn and I were coming up with on the day she died) has just hit the streets, so we’re only just gauging reaction.

The Daily Mail’s anger was, I suppose, predictable, although I suspect that the Mail’s readers are not our target audience.”

I highly recommend reading the full article to learn more about this strange choice of characters. ICv2 also had a snippet about the controversy, if you’re interested:

“Needless to say the royal family was not amused, although comic readers probably would have been.  Reuters quoted a Buckingham Palace spokesman, who referred to the Marvel comic as ‘utterly appalling — a cheap attempt to cash in on Diana’s fame and the tragic circumstances surrounding her death.’”

Did the fans like the Princess Di-free start to the arc in issue 13? SpiderFan.org reviewed the issue when it came out and wasn’t particularly nice:

“Wow. Just wow. And that’s not a good wow either, in case you were confused. A poorly conceived story rushed through by sub-par writing and illustrated by an apparently completely uninterested artist. This is probably the worst issue of X-Statix I’ve read yet.”

A poster on the Comixfan forums felt similarly, but he is more inclined to blame outsiders for tampering with Milligan and Allred’s vision for the story:

I cannot and will not blame these creators, for this butchered masterpiece does not adequately represent their brilliance. But shame on us, shame on society, for not having the open mind to acknowledge the validity of a story – any story – that a storyteller wants to tell and tainting his integrity with the reckless ignorance of misdirected shock and distress.

Now that the series is finally hitting its stride, what to the letter writers think? Thanks to @lepineisme we have letters for issues 11 and 13 (there weren’t any for issue 12). Let’s dig into an issue 13 doozie:

“I just got to read ALL the past adventures or should I say missions with the new team. At first I didn’t like it because it was like a reality TV show, and I HATE ALL OF THEM, from “American Cry Babies” to the oh-so-popular “The Fake World”! Once I got to read it and see the members rapidly die, it was like watching the people of the show I hate so much DIE! It rocked! Just make one of the new members of X-STATIX be a singer and then kill ‘em off saying, “YOU SUCK!”

I like how members die a lot! It makes more sense. When people go into war, the good guys die, too!”

I think this guy has some anger issues he needs to work out, but that was 11 years ago so hopefully he’s come to peace with things. You can read the letters for X-Statix 11 here, and all of the letters (including a full letter from the excerpt above) of X-Statix 13 here.

As always, thanks to everyone who participated and/or promises to participate soon! Next week we’ll be talking about X-Statix 14-16. Please join in the conversation using the hashtag #XStatixClub to let us know what you think of the craziness as it continues to unfold!