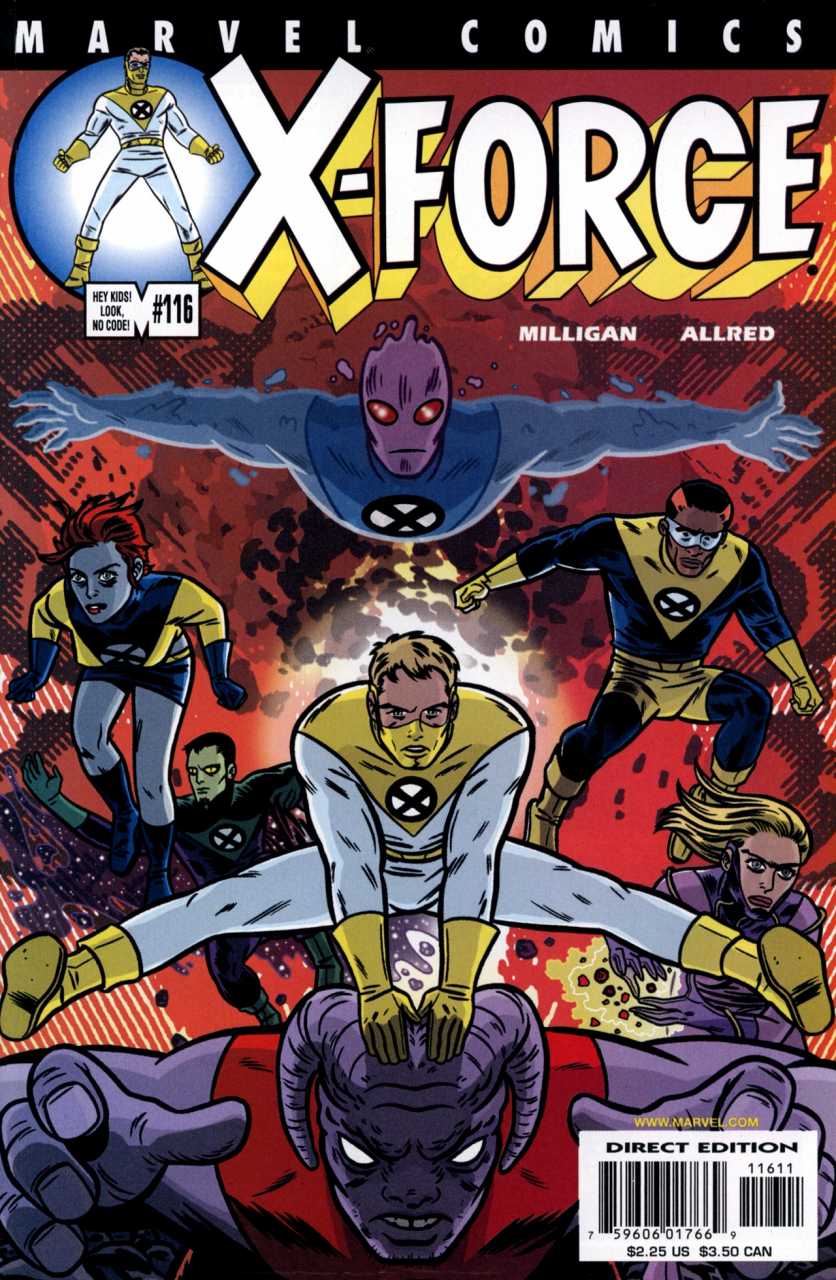 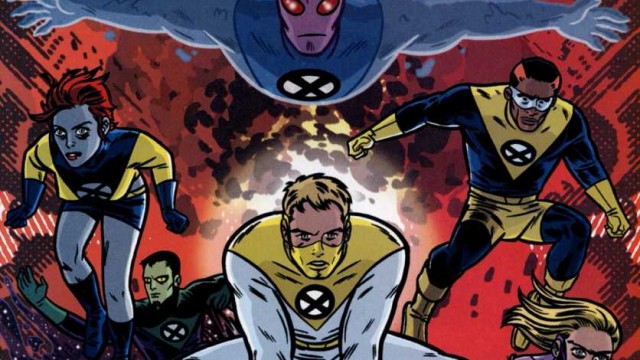 Wow. Just wow. I’m amazed how many people were able to join us for inaugural Comicosity Book Club this past Sunday! It was great to see everyone come together to talk about the classic Marvel story of X-Statix (still X-Force at this point) by Peter Milligan and Mike Allred.

Did you know that X-Force 116 was the first Marvel comic to not feature the Comics Code Authority stamp of approval since a 1970’s Stan Lee issue of Spider-Man? I didn’t! Below are some of our favorite thoughts, your favorite panels, and a whole lotta love for X-Statix!

We’re still getting in the swing of things here, but we wanted to share with you some highlights from the #XStatixClub Twitter feed and a few extras!

Regarding my tweet about X-Force 116 & the CCA. Here’s an article from April 2001 about it… http://t.co/8D7BdDpCTU #XStatixClub

@smarx_ Very ‘soap opera’ ish. Killing most of the team in the first issue was genius. #XStatixclub

There are these little moments @smarx_ that Milligan throws in that are so, so perfect #XStatixclub pic.twitter.com/GnIcbcjAG5

@smarx_ @Ohiodb8r I like how it’s a team book where everyone is really working for themselves in one way or another. #XStatixClub

Also is Boyz R Us the best boy band name ever, or is it the BEST? #XStatixClub pic.twitter.com/nbR4XvQmMr

Favorite moment in X-Statix so far… Watched the new doc on the Image Creators and this panel hit home. #XStatixclub pic.twitter.com/TgrnydUmgi

In these first three issues, Milligan and Allred are explicitly setting a new status quo – and if you don’t like, too damn bad #XStatixclub

By coincidence, the 2001 ep of We Talk Comics we unearthed has us tackling the X-Force 116 controversy. #XStatixclub http://t.co/IGq4ICpooc

My favorite part is when Axel is reviewing the mission. Doop looks so serious. #XStatixclub pic.twitter.com/SxDPvBuchy

Zeitgeist has one of the most unfortunate mutant powers ever (& he’s an ass). Poor Sluk, gone too early #xstatixclub pic.twitter.com/Ri5NiAPohm

Not too clear on Sluk’s powers. But the dude he killed earlier didn’t seem to be enjoying himself #XStatixclub pic.twitter.com/KDR3a9KhJy

Cards. CARDS. “@kevinpanetta: Their strategy was killing off teammates to power up a single character” pic.twitter.com/zN9hhjwLNb #XStatixclub 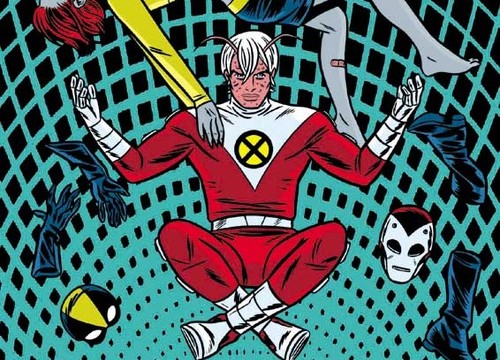 Many thanks to Mike Lepine for sending over the letters page to X-Force 117! Hopefully we’ll have more letters pages each week. I might even mention a few of my favorites…!

I was going to ask if you people are insane, but, at this point, that would go without saying.

What the hell are you thinking? Do you really want this book to be canned? Do you have any idea how ridiculous the characters look?

Please, don’t go through with this. I love this title too much. What’s the saying? “Don’t fix it if it ain’t broke.”

What’s that other saying? “Comics fans love to get outraged at change.” It’s good to see this hasn’t changed! Be sure to read all of the letters page here!

Not everyone felt the new direction was a bad thing, and our friends at Comics Bulletin reviewed the very issues we read this week back in 2001. You can read the full review here, but the main thing you need to know is: “All in all, I find the book to be a great one, well worth reading. I hope it keeps up.”

Believe it or not, the X-Statix omnibus was literally the first Marvel comic I ever remember reading. That’s right: this was the book that opened the floodgates to some of my favorite comics of all time. I was reading almost entirely independent comics at the time (and some Vertigo titles), but something about the allure of Mike Allred’s art and Peter Milligan’s dark sense of humor couldn’t be avoided. Sight unseen, I bought the omnibus and dove right in.

As someone with zero background on the various X-teams and a movie-level understanding of the basics of mutanthood, X-Force 116 had it all: humor, action, drama, and of course, a guy vomiting acid into a girl’s face on the first page. I would come to learn later that this was a huge shakeup of the X-world status quo, and a lot of people were pretty ticked about it (see my letters excerpt above)! Even the original members of X-Force such as Cannonball and Domino were mad about it.

Included in the #XStatixClub discussion yesterday was the acceptance that these characters are deeply flawed. This is attractive to people that don’t want to see perfect heroes galavanting around saving everyone, but rather mutants struggling with greed, drug addiction, alcoholism, suicidal thoughts, and other real-world problems. At the outset of the story it’s established that being a part of this team came with real risks, and people could die easily. No other Marvel book tackled this at the time.

What really hits home for me is that for all its seriousness and social commentary, X-Force 116-118 inject a staggering amount of humor. Tike Alicar is among the funniest in these issues, with proclamations such as “I’m a member of the X-Force! I can do whatever the hell I want!”

Next week we’re going to continue our #XStatixClub discussion with issues 119-121 of X-Force! Please feel to share your favorite thoughts in the comments section below, and as always, join us on Twitter use the hashtag #XStatixClub. Thank you again for helping us kick this off with style!