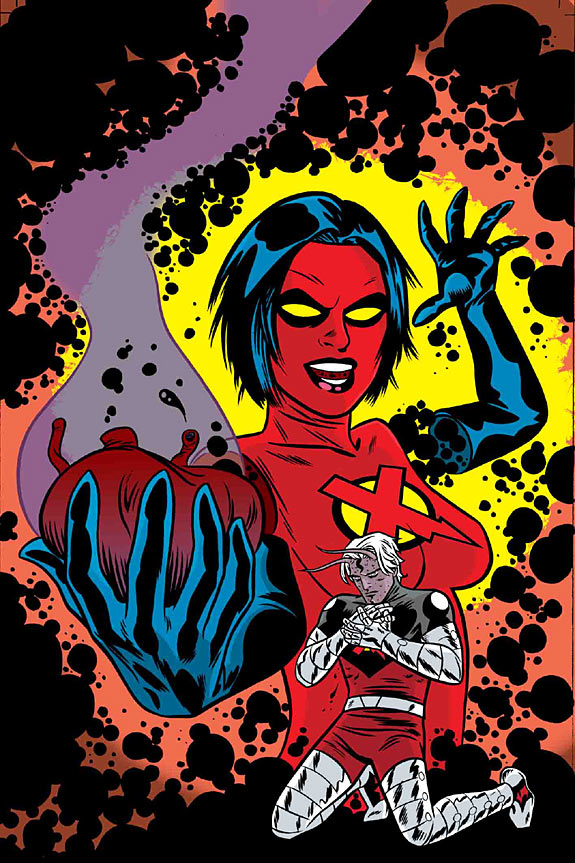 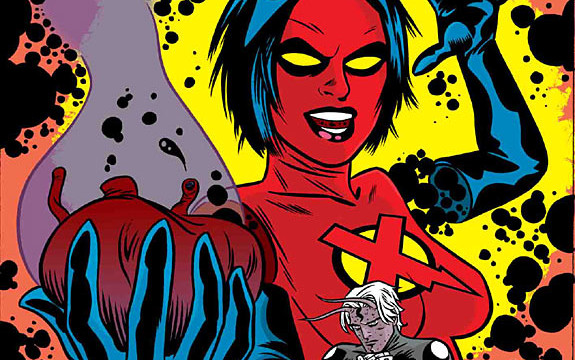 It’s another week, and another roundup of the Comicosity Book Club! Things finally got moving in X-Statix as we read issues 3 through 5, plus there was some Frank Quitely and Paul Pope art to look at!

Want to join in the conversation? Follow the Twitter hashtag#XStatixClub each and every Sunday! Let’s start things off with your favorite panels and thoughts below.

I love the last 6 pages of X-Statix #3! Maybe my favorite issue since X-F #116, the start of their run. #XStatixClub pic.twitter.com/cFyRHqmBzw

I thought that Myles was clever in his put-down. I like drunk Myles. #XStatixClub pic.twitter.com/ssW1Pthxdk

Beautiful moment that seems so real to me as the parent of older children. #XStatixClub pic.twitter.com/W0ToFaGrP6

The banality of evil: Arnie destroys his school, causes havoc but only wants to be admired, have friends #XStatixClub pic.twitter.com/7aiozVpJHM

Paul Pope’s take on X-Statix is the opposite of Allred’s. We still have the glitz but it has a dark side #XStatixClub pic.twitter.com/TAT1WmtBVl

No slight to Allred but I like Quitely’s X-Statix #4 cover. Quitely is a powerhouse in his own right. #XStatixClubpic.twitter.com/czBn5vICJU

Time for a retro review! With the rise of the X-Statix out of the ashes of X-Force, we saw a renewed interest (at least from fans) for this team of crazy mutants. Below is an excerpt from a 2002 Sequart review of X-Statix 5 (you will have to scroll down a bit):

“An early complaint about this book in my store was that the characters were unfamiliar, unlikable and that the stories never seemed to go anywhere. That is, the team members would bicker amongst themselves, begrudgingly save the day, then go return to their in-fighting. And while those complaints are, at least in some respects valid, I had always felt that the book was building towards something.

… Rather than spoil the plot, I’ll simply say that that heroes act like pre-teenage girls, snobby and exclusive, huddling in a bathroom stall to plot and scheme against someone who’s different from them.”

Want another review of the book? Look no further than the letters page of X-Statix 5! I’m not sure the logic on this one makes sense, but if the guy kept buying the book, who am I to complain?

From the first issue, I didn’t like this title. It was too brash, too much concerned with things I loath, like corporate branding, and selling product. It seems almost trite to say that I have every issue, and that it’s one of the first things I grab when I see it on the shelves. It still annoys the $%#$ out of me, but it’s an annoyance I’ve grown to look forward to.

Be sure to read all the letters for X-Statix 5 here! They’re a hoot.

Finally, I have no idea what “micro-heroes” are, but someone made a lot of them for X-Statix. Check ‘em out! 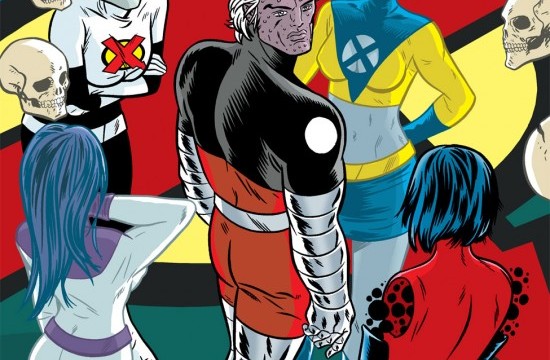 I’m mixed on this week’s reading – there was some great action and sequences, but the characterization seemed a little weak and redundant for my tastes. Below I’ll discuss some of my ups and downs of X-Statix 3, 4, and 5.

Dislike: The continued reiteration of team tension in issues 3 and 4. If you’ve been following the series, which I assume you have been if you’re reading this, we know that Tike has an ego, Miles and Phat have problems, and Guy is always having trouble keeping them in line. With Tike and Dead Girl running off to do their own thing, I felt that we have reached a point in this series where this ego-driven madness and perceived disorganization can only drive the story forward so much. We caught a glimpse of what it can be like when everyone works together to fight Arnie’s zombie army, but it seemed pretty short lived. Based on the actions of Guy at the end of issue 5, it’s clear to say that there’s going to be even more tension before we see resolution.

Like: The battle with Arnie. Who doesn’t want to see some zombies get stomped? We also saw some great dialogue and sincerity from Guy as he talked to Arnie – I particularly loved when he said Edie was difficult to be with, but that meant he loved her more than anyone else he’s loved. Real relationships are not a continuous honeymoon, and Milligan wrote that scene perfectly.

Dislike: The Solomon O’Sullivan and Sharon Ginsberg legal battle was over in a matter of pages. Based on the cliffhanger of issue 2, the readers were expecting a drawn out and bloody legal battle for the rights to Venus Dee Milo. Instead, we get a few panels with Spike Freeman stepping in and solving everything lickity split. Of course, we know there’s going to be more as we see Sharon fly off into the night, but I personally hate when cliffhangers fizzle out quickly.

Like: The arrival of Miles and Phat. Easily the two most neglected characters of the team at this point in the story, it was great to see them both get a little more screen time. Granted, Miles was pretty drunk and Phat was getting his butt kicked by his friends, but I’m glad we saw resolution and personal growth as they both accepted their homosexuality.

Like: That Paul Pope art! I am a huge Mike Allred fan (heck, I have a Madman tattoo), but it was a nice change of pace to see Paul Pope’s take on a chapter in X-Statix history. Arnie’s planned murder is a particularly dark scenario, and Pope’s art style perfectly suited the tone necessary for the issue. I found it effective in conveying the tension of each team member as they were forced to act happy and coordinated to appease Arnie, when it’s much more likely they would have been tearing each other apart. Things are not going well for Guy, and the art did a great job of portraying his anger and frustration near the end of the issue.

Next week we’re going to continue our#XStatixClub discussion X-Statix issues 6, 7, and 8. Please feel to share your favorite thoughts in the comments section below, and as always, join us on Twitter use the hashtag#XStatixClub. Thanks again to everyone who participated!