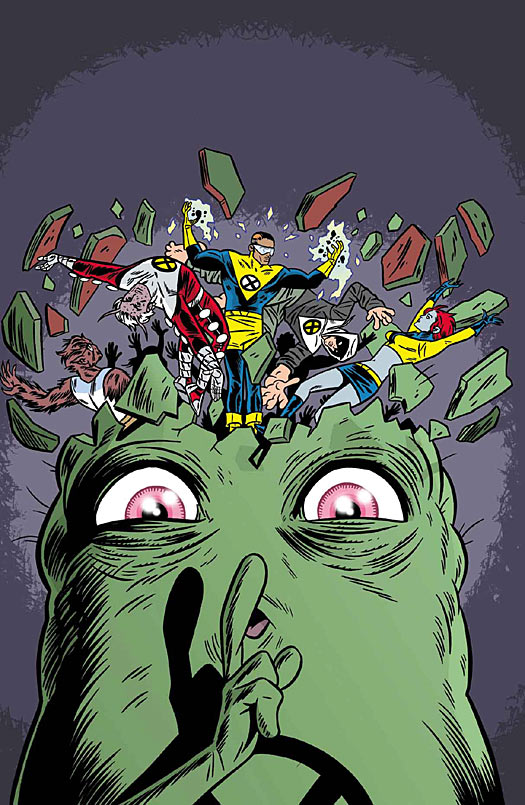 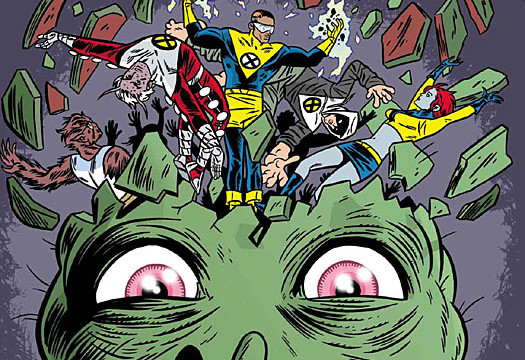 Week three of the Comicosity Book Club is in the bag! It’s awesome to see our participant base grow, and we really couldn’t do it without your help. For those of you that are just joining us now, teach week we’re reading three issues of Peter Milligan and Mike Allred’s X-Statix, beginning with X-Force 116. For week three we had the honor of reading X-Force 122-124, which saw a ton of character development and a wild silent issue.

Want to join in the conversation? Follow the Twitter hashtag#XStatixClub each and every Sunday! Let’s start with the top Twitter action, featuring your favorite panels and thoughts.

Explains some things. Despite how the book is presented it deals with some heavy issues that are real #XStatixClub pic.twitter.com/s8AxEPk4rH

Good ol’ hypocrisy. No one is immune to the allure of money and power here. #XStatixClub pic.twitter.com/ahuzxuybbr

Thanks to @fractures for noticing in X-F 123 Edie chooses a regular tongue over spiked & forked tongues #XStatixClub pic.twitter.com/ydQQfnt9we

Poor Tike. He never fit because of (a) race, (b) mutation. He saw skin as the source of both. So he tries to scrub it off. 🙁 #XStatixClub

For those of you who weren’t reading then, during “‘Nuff Said” month creative teams were challenged to use no dialogue #XStatixClub

The entire concept & series presented on one page with a little meta commentary to boot? #Xstatixclub pic.twitter.com/3OSD9NEMdM

X-Force is more than fame, fortune. It’s something better than death (Guy) somewhere to escape (Edie) and fit (Tike). #XStatixClub

I’m begging you not to do THAT either #XStatixClub pic.twitter.com/5SGFtiKaKE

Totally love Lacuna’s parents. I wanna be like them when I grow up… gonna be sad when Lacuna dies. #XStatixClub pic.twitter.com/i3T3IiCF7N

Kids, am I right? #XStatixClubpic.twitter.com/MZWfO8Gn7r

This book is very offensive, according to the letters from X-Force 122:

I find the new X-FORCE characters offensive, and I don’t care for how the old characters exited that particular book. It was like one minute they were there and the next they weren’t! It really bothered me, and I just wanted to let you know that.

Thank you for your time.

However, Doop gets some love in the letters of X-Force 124:

“And then there’s Doop! Was there ever a sexier mutant? I think not! Doop, if you’re reading, give me a call. To all the Gloomy Guses who moan about how the new team is shallow and unlikeable, I don’t know what series YOU’RE reading.”

As always, the letter pages are great so be sure to not miss them here and here!

In other extras, we’re super fortunate to have an excerpt from the script of X-Force 123, the wordless ‘Nuff Said issue. I didn’t know what ‘Nuff Said was before reading this book, but luckily the Marvel comics wiki is here to help us and explain that it was a whole month “event” where writers and artists were challenged to not use words in their book.

The intro to this issue features Doop popping a large zit on his forehead and throwing everyone into a strange “reality-bending, dimensional-challenging weirdness.” Check out how this was described in the script: 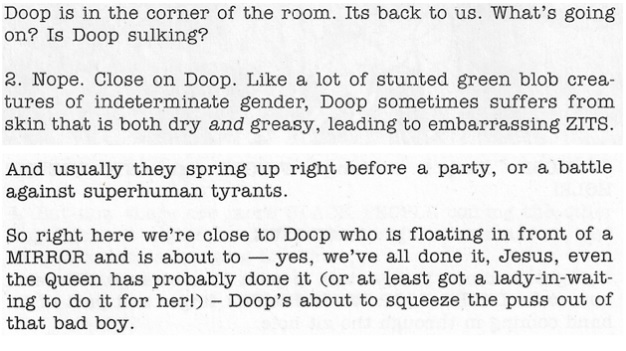 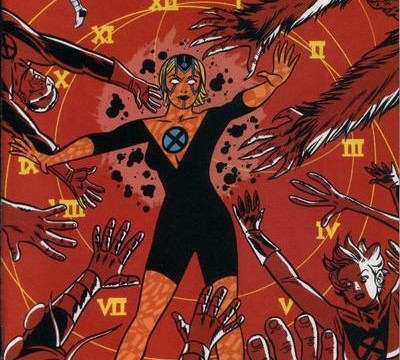 Wow, a lot happened between X-Force 122 and X-Force 124. We saw a focus on Lacuna with some Tike background and team rivalry thrown in for good measure, we saw a wordless issue that featured all the characters facing their fears in a weird Doop-verse, and we saw an Edie “origin story”! This is a lot to cover, so I’m going to stick to what I find to be the main theme of this week’s reading: acceptance.

X-Force 122 opens with Tike telling the story of his upbringing by white parents in a typical white midwestern town. Even before he discovered his mutant powers, he felt out of place because of the whiteness of his peers and the pervasive winter snow. He knew he didn’t belong among these people, and his parents accepted him for who he was. That is, until the mutant sweat powers kicked in: “I guess it was just one difference to many for them.”

As a member of X-Force, Tike feels accepted only as long as he’s the token black team member. He can fill no other role, at least in his head. This also means that Spike represents a death sentence: “How long do you think they’ll want two brothers in the team? This ain’t basketball, man!” Without the ability to rely on his skin color and perceived race-quota role, his acceptance and life are at stake.

Lacuna, on the other hand, does not want to be accepted in her current life role and fights for disapproval. She originally believes that X-Force is a global force for good, but quickly realizes that joining the team would have been another victory for her loving millionaire Malibu anti-capitalist parents. In a reverse “Damn the man!” move, she sticks it to them by becoming a glorified-paparazzo TV host.

Jumping forward to X-Force 124, we see Edie’s own struggle with acceptance with her family and Guy. We get an excellent backstory into her relationship with her father, which is described by her saying, “I’d catch him sometimes looking at me like I was a stranger who’d just walked through the door.” This was before he knew she had mutant powers! Tough crowd.

He may not have been her real father, but Edie is determined to try to find love and respect from her mother and daughter. The reunion scene is wonderfully emotional, and guest artist Darwyn Cooke is able to include a great portrayal of Guy’s growing respect and admiration for Edie as she makes peace with her past mistakes. She may still rely on drugs to teleport, but she no longer feels the need to hide behind who she was. She not only is accepted by Guy, but can finally accept herself.

Next week we’re going to continue our#XStatixClub discussion with FOUR issues (to properly get things in place for the end of X-Force and jump into X-Statix). That means we’ll be reading X-Force 125-128! Please feel to share your favorite thoughts in the comments section below, and as always, join us on Twitter use the hashtag#XStatixClub. Thanks again to everyone who participated!