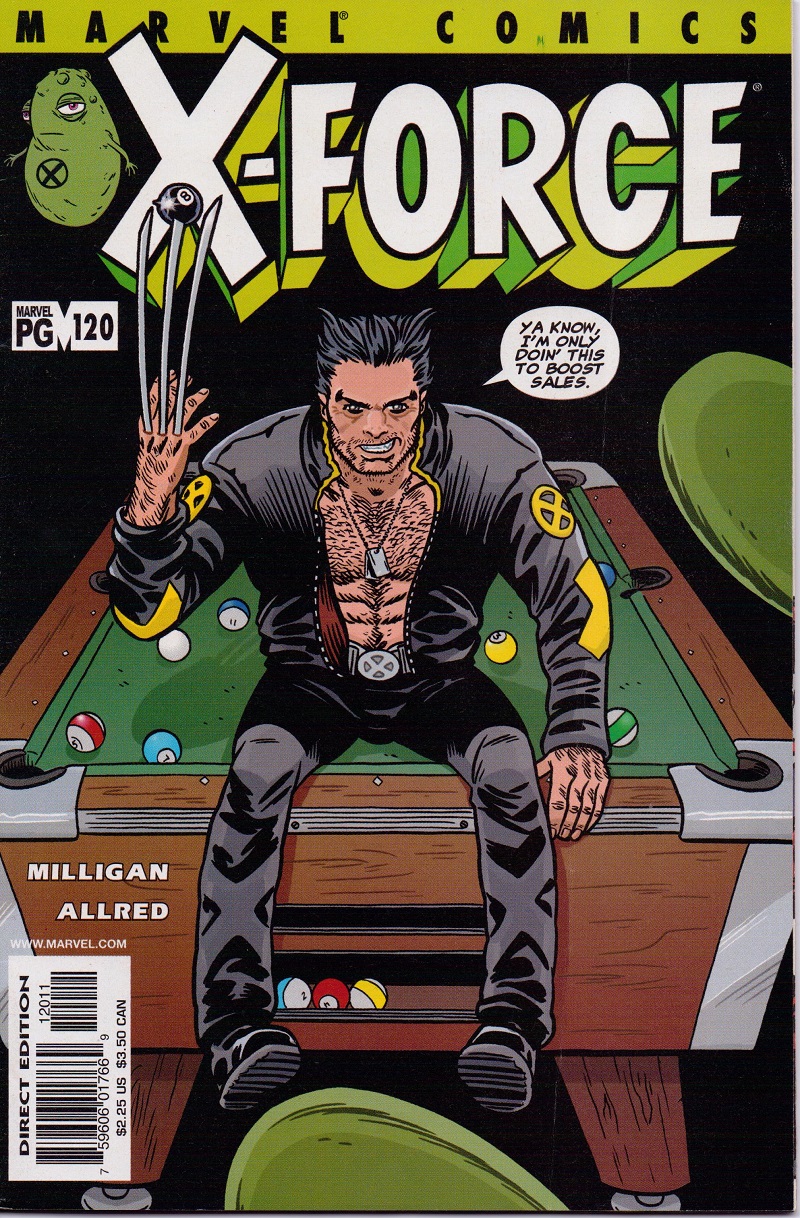 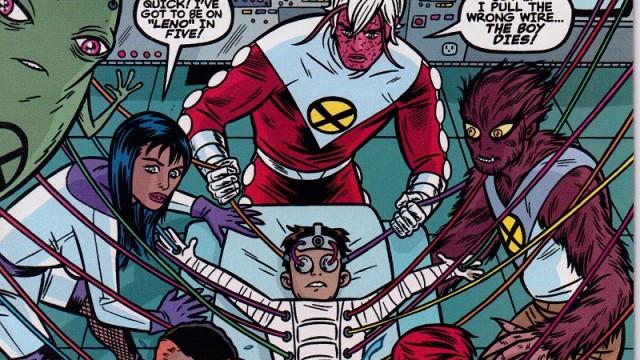 The Comicosity Book Club made it through week two! It’s apparent that the fanbase for X-Statix, despite being over a decade old, is still alive and kicking. In case you missed the hubbub, each week we’re reading three issues of Peter Milligan and Mike Allred’s X-Statix, beginning with X-Force #116. For week two, everyone joined in to read X-Force 119-121, and boy-o, some crazy stuff happened.

Want to join in the conversation? Follow the Twitter hashtag #XStatixClub each and every Sunday! Let’s start with some of your favorite panels and thoughts from this week’s reading.

The cover is actually part of the ongoing narrative of the comic. Genius. #XStatixClub pic.twitter.com/GUKjiruLAW

To me this is the core of what makes this X-Force flawed. Priorities wildly different than other teams. #XStatixClub pic.twitter.com/VFXEacvHUj

I’m not that into Doop. He’s okay, kinda the kinder, less hungry Slimer from Ghostbusters. Maybe he’ll grow on me (like moss). #XStatixClub

He’s the best there is at what he does. And apparently what he does is slice up other mutants. #XStatixclub pic.twitter.com/il3ptbtIEI

Similarly to last week, we’re fortunate to have the letters page for X-Force #121 and there is no shortage of controversy. People loved, and loved to hate, this series! My favorite letter from this week’s reading is neither praise nor condemnation though, rather a very important question:

I personally think it’s pretty obvious that Doop is a guy, but then again, I might be completely wrong. Weigh in using the #XStatixClub hashtag on Twitter, or let us know in the comments below! Also, don’t miss the full letters page here – I particularly love the one that says, “Everything is awful.”

One of the big questions I had from this week’s reading was a relatively simple one: Did Wolverine on the cover of X-Force #120 actually boost sales? You may have seen in the highlighted tweet above, and the answer is no. In fact, we saw a steady drop in sales around the time he showed up (dammit Wolverine!). That particular issue sold 55,764 units, while the previous issue (X-Force #119) sold 58,963 units. This is surprising, considering the first issue of this run (X-Force #116) debuted with sales of 52,471. It’s possible that people started to like the series, but then it became too self-aware on the cover? We’ll never know… 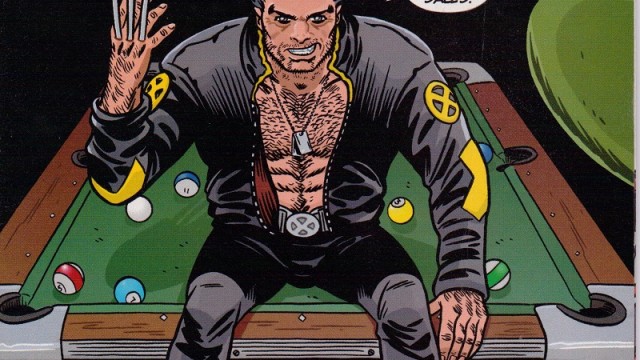 This week’s reading kicked off with what many X-books are known for: intense fight scenes! We see the team battling for control of Paco, the little boy they’ve been sent to save. This isn’t an ordinary fight though, it’s an X-Force fight! U-Go Girl is snorting a pill to make sure her powers work, Vivisector is on a rampage in an effort to defy his parents, Saint Anna is getting killed, and the Orphan is stripping down (but don’t let the National Enquirer see!). Next up, Phat will be on Larry King to talk about it….

I expect that the experience of accidentally ‘porting “home” to her mother’s house was a lot more scary for Edie than the fight itself, and this short scene acts as a reminder that she can try and fill her life with fame, fortune, and pills, but nothing can replace real human – er, mutant – feelings. It’s this chain of events that leads her to dreaming about Axel and moving forward to kill Guy under Coach’s orders. From Allred’s excellent portrayal of these characters’ emotions we see that she’s more lost and confused than anything else, but I’ve watched enough Intervention to know that people do crazy things when they rely on drugs to make it through the day.

Moving along in the story, we see more development of the plot laid out from last week’s reading. This is to say, there’s a lot of discussion around the actual marketing of the X-Force team and not so much about the “saving the world” bit. The reveal of Coach’s plan to kill the team off during the Boyz R Us fiasco in order to “bring in fresh blood” says it all: new members will lead to happy investors. Fortunately for the team, Guy and Edie aren’t as devoid of emotion as their financial backers and stop Coach with a little help from a lesser-known character named Wolverine.

With coach out of the way, we’re off to the races to find more characters to populate this crazy story. Who will be the next team member? In this hunt we hear a few candidates named, then see senior team member Tike develop as he is threatened by a “younger, badder, and blacker” Spike. Just when it seems like no one can agree on anything and tensions are rising, enter Luna. What’s her deal? Find out soon!

Next week we’re going to continue our #XStatixClub discussion with issues #122-124 of X-Force! Please feel to share your favorite thoughts in the comments section below, and as always, join us on Twitter use the hashtag #XStatixClub. Thanks again to everyone who participated!