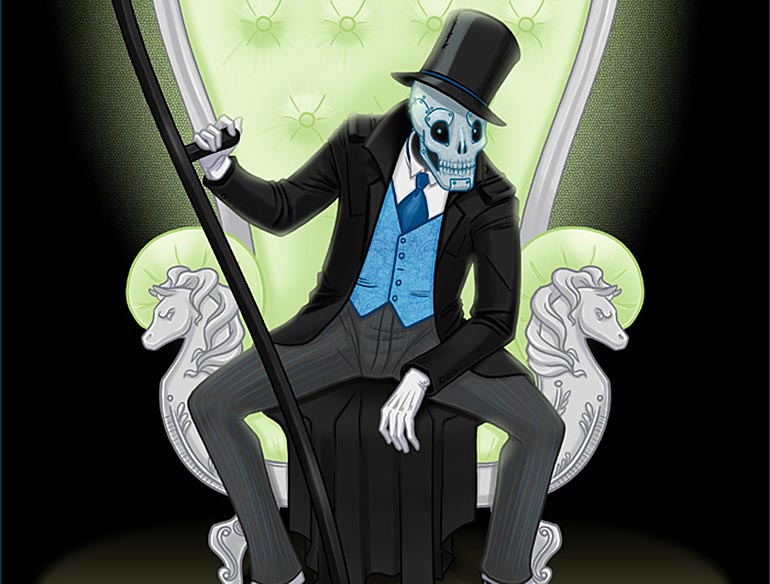 Hey folks! It’s me! Mexi! Here to talk about Comics I Need to Read! The column where I read a comic by a little known creator!

This column is one I generally try to do on the last Tuesday of every month, but things got in the way, so I’m doing it now! And man, do I have a cool series to show you today:

A Dance with Death by Crystal Yates

A Dance with Death is a short-run webcomic that ran from October 31, 2016 to June 26, 2017. Death attends the end of the world party along with his family, waiting for the one he must dance with. For when his brothers get together, Death may only dance with one. 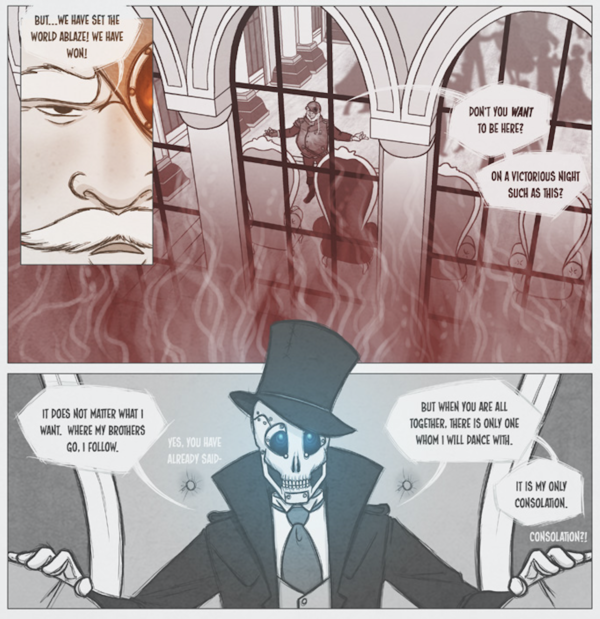 The art for the series is beautiful. The character designs are well thought out and feel right for the idea the character embodies. I especially love the designs for Pain, Pestilence, and Pride.

Not a lot of people think about the coloring within a comic, so I appreciate that Yates makes obvious choices with the palette. The decidedly sepia tones of the world allow the colors given to each anthropomorphic idea to pop more. It feels meticulous, how Yates chose her colors for each of the people. I like that attention to detail, that sort of subtle touch. 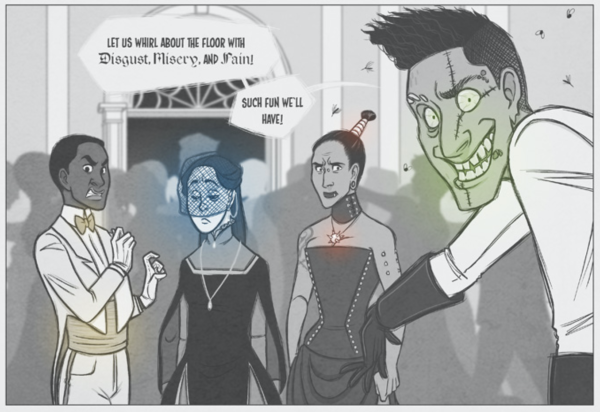 The letting goes with the comic. Yates doesn’t choose the generic font for comics, bur chooses something that feels older, that has a devious edge to it. I like that she makes distinctions between the names of characters as well, with an older, more calligraphic design to it. I like that she makes those names pop like that. These minor touches make the comic way better than if she chose one regular font for it.

The story itself plays out like a tragic fairytale. At the end of the world, who will Death choose to dance with? If not Greed nor Anger nor even Pain, then who would Death dance with during the end days party? On the one hand, this is a tale about a man dragged down by his siblings and his duty into a darker place he never wanted and the melancholia of a world he never chose and seemed to never want.

On the other, it is a riddle about who Death would dance with during the apocalypse. While the story keeps you questioning throughout, in the end, when the reader finds out who he dances with, it makes sense. The pieces of the puzzle fit perfectly. It’s a good choice to the question, a good answer to the riddle.

While A Dance with Death is a short-run series that has concluded, it is well worth the read. The broad, wafting ideas of the question it poses is intriguing and it feels very Guillermo Del Toro in how the story goes. It works well with its vagueness, providing more of an ethereal and ominous air to it all.

You can find A Dance with Death here.

If you have any thoughts on A Dance with Death or have a creator I should try reading, please, email me at mexigremillion@gmail.com. Who knows? Maybe I’ll talk about your thoughts or read something by that creator!