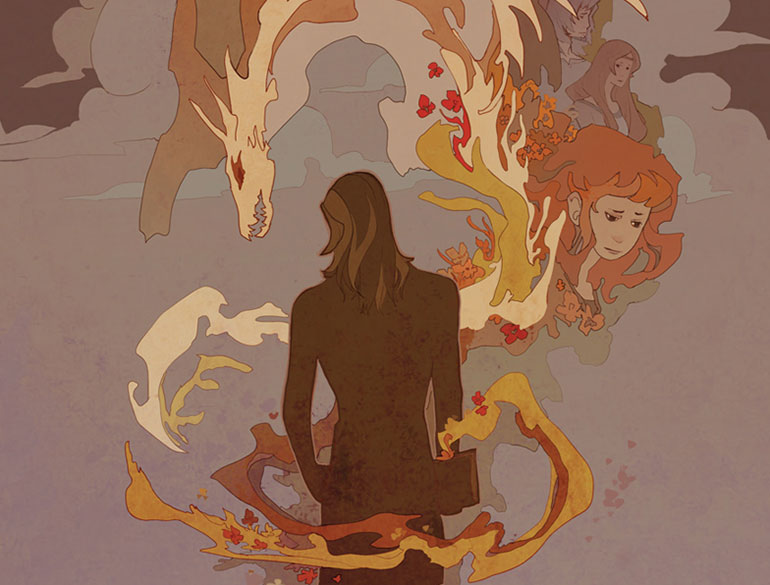 It’s been a while. I kind of went on hiatus due to life becoming a little crazier and busier than it once was, but I am here again to tell you of new people you should check out!

I remember when I found this comic. I was at STAPLE, an independent media expo in Austin, TX in 2017. I don’t remember the interaction I had with the creator, nor the booth, but I remember the comic catching my eye – these four chapters collected into a neat bundle of issues for something called Above the Clouds. I bought it immediately and the comic bundle sat on my bookcase for a while, gathering dust as my life became a little mote intense. Until now. And I’m so glad I chose to read it.

Above the Clouds by Melissa Pagluica 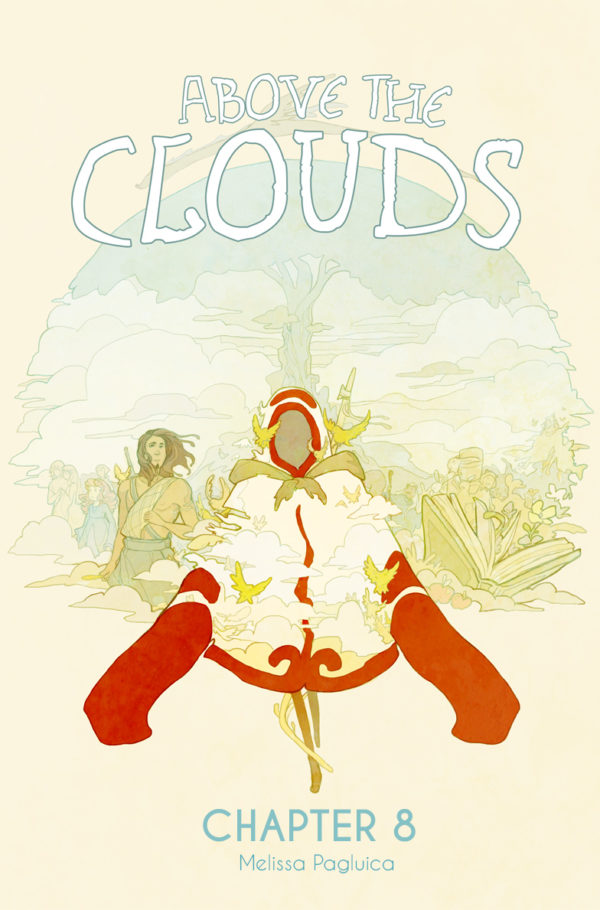 Above the Clouds tells the tale of Eily and Cian, two heartbroken artists who hide their talents but explore grief, comfort, and moving towards a brighter future within the tale they start to create, a tale that mimics their own character arcs.

The art is beautiful and active. While the story within the story has dialogue and narration, the world in which the two protagonists live in never has anyone speak outright, people’s feelings displayed by their faces, their postures, their actions. There’s a little bit of cheating with the letters Eily and Cian send to one another, but most of the storytelling in the story proper is told through action and reaction rather than explanation, which I feel works in the story’s favor. 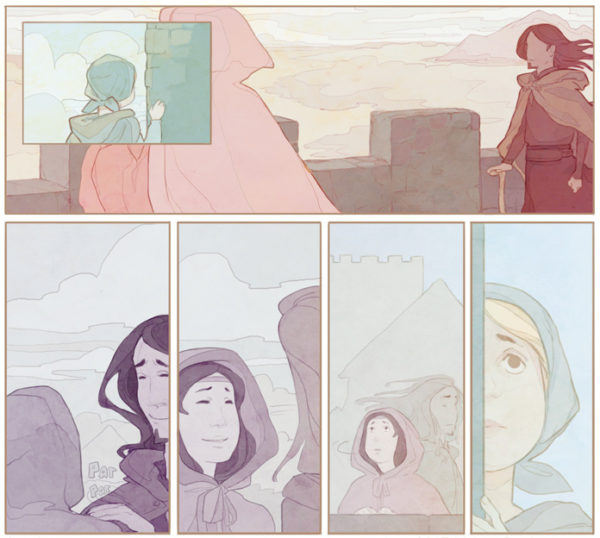 The coloring feels almost like water coloring to me. This lighter, pastel feel where mood is shaded by hue, where the world feels bright as panels flood with different palettes like a rainbow sliding down a page. It’s wondrous.

The lettering brings a uniqueness to it. This handwritten feel, how each character in the Caretaker has their own lettering, whether it be a shift in color or an inversion of color in the dialogue bubble. I appreciate the small details that Pagluica shows with this kind of lettering. 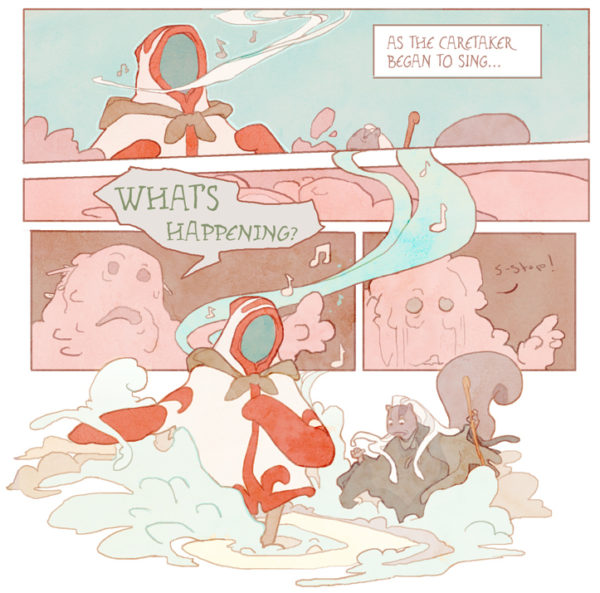 I find the reflection of the characters arcs within the tale of Wren the Caretaker to be a fantastic choice. Both are heartbroken, hiding their gifts from a world they thought would be unforgiving of their nontraditional crafts. But as time goes on, they help each other heal and grow into people proud of their work, showing their work to the people around them instead of isolating themselves with it. The intergenerational friendship between a 20-something and a 10-something was fun too, creating this older brother-little sister dynamic between the two.

I think something that I love about this comic is the parallel with the author herself. Pagluica tells in the About section of the webcomic version of Above the Clouds that this comic “is a project aimed at learning how to make a comic”, which in and of itself is a main facet of the story of Above the Clouds. Both Cian and Eily are creators who’ve never made something like what they do as they tell the tale of Wren the Caretaker, and learn how their imaginations impact each other and how their story evolves with each other’s influences. As Cian and Eily evolve in the comic, you see Pagluica evolve as a creator as well. There’s a difference in storytelling and art from the first chapter to the last and that’s cool to see. 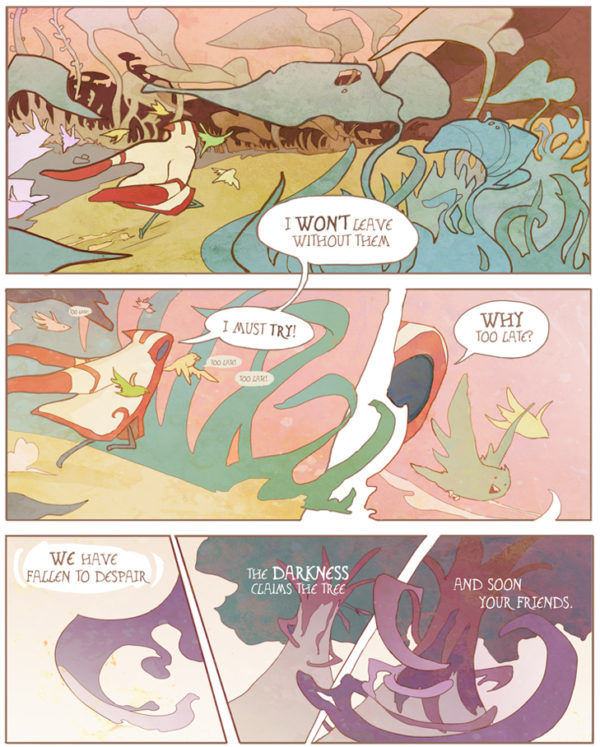 Read Above the Clouds. Read it if you love medieval tales with a touch of fables. It’s a wonderful webcomic and I believe it recently had a Kickstarter. You can check it out here.

Superpose by Seosamh and Anka

If you want to read along, you can check out the webcomic here, though read at your own discretion since the site explains that this is a Rated R sort of comic.

If you have any thoughts on Above the Clouds or have a creator I should try reading, please, email me at mexigremillion@gmail.com. Who knows? Maybe I’ll talk about your thoughts or read something by that creator!