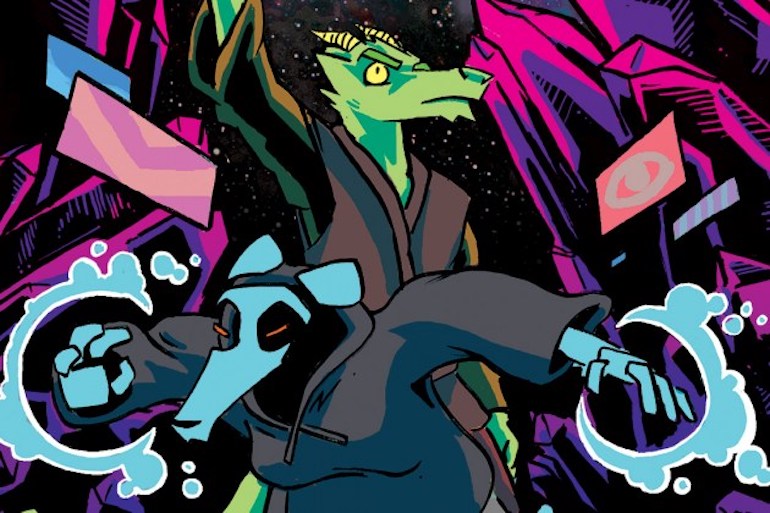 Hey, folks! Mexi Gremillion here for another Comics I Need to Read article. Reading comics that I feel should be read that aren’t well known.

I’m honestly very excited to talk to you all about this comic. Mostly because this comic was a suggestion from a reader like you! I’m always up for reading works suggested to me. Just email something you think I should be reading at mexigremillion@gmail.com and I’ll give it a go if I think it fits the criteria of this article series! So, without further ado:

Crossed Wires delves into the world of hacking, revolving around our main hero, Alan Winters. After a chance meeting with Hacktavist VRRMN, Alan sets out to learn more about her and the “elite” world she traverses on the web.

The art is truly wonderful throughout the series. It’s slightly cartoonish, yet has this edge of chaos and anarchy, an almost ominous feeling from characters like VRRMN herself. 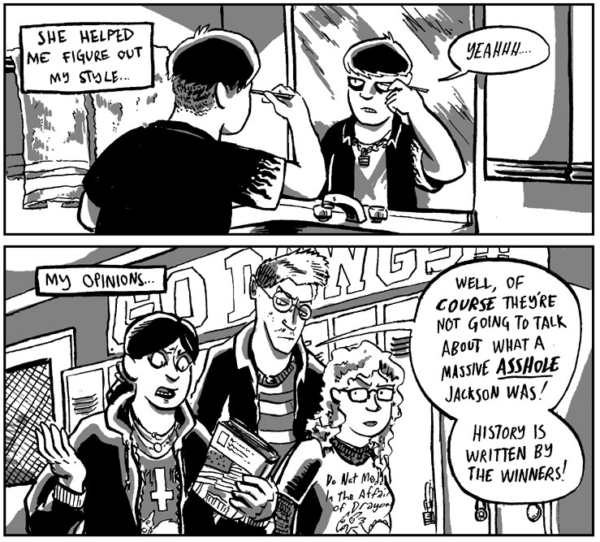 The usage of the grayscale works perfectly with the comic. I think adds to the overall feeling of this mysterious hacker landscape the characters trek.

I love how Jay treats the symbolic world of cyberspace. The three-dimensional hacking playground presents a universe so other compared to the reality the characters live in and the avatars for characters, especially those in the Null/Void, are extremely creative.

The writing in Crossed Wires is fantastic. I don’t know too much about hacking, but it definitely feels like Jay has some basic concept of what goes on in hacking. While the hacking feels more like 90s era hacking movies, that may just be due to the fact that Jay was influenced by the movie Hackers (I might have skimmed Jay’s essays about her influences on Crossed Wires before writing this. They’re really interesting, you should check them out!).

All the characters are spectacular. Okay, well, I’ll say that it took a very long time for me to warm up to Alan. Like…a while…maybe not until chapter 2 and chapter 1 is 114 pages…but he does get better, I swear! Plus, characters like Theresa, Cass, and Niko more than make up for Alan at the beginning! And Alan’s character development and depth by chapter 2 is very rewarding, so if any of you don’t like Alan at first, trust me, it gets better and it is definitely worth it! 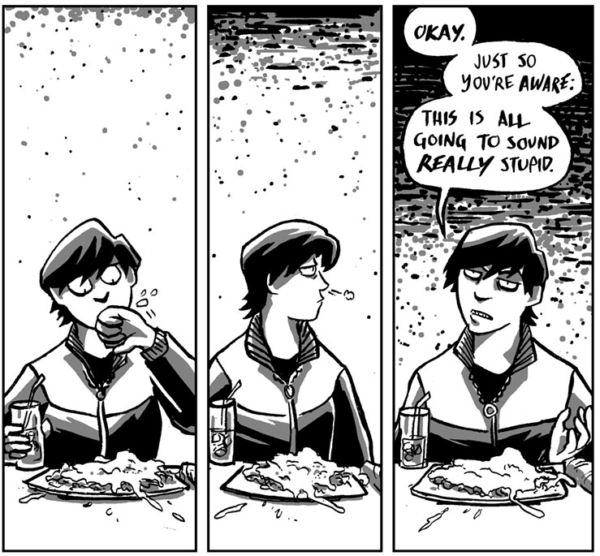 The entangled web of relationships is probably a driving point in the comic series. Alan’s relationship to his ex-boyfriend has only been recently revealed. While a reader can generally understand what might have been the relationship between Cass and Theresa, there’s still a lot that’s unknown and the exact details of what has happened between them and how they even met are still a mystery. There are a lot of mysteries between characters and I can’t wait to learn more about all of them.

If you want to read along with me, please do! You can find what qq at https://tapastic.com/series/whatqq.

If you have any thoughts on Crossed Wires or have a creator I should try reading, please, email me at mexigremillion@gmail.com. Who knows? Maybe I’ll talk about your thoughts or read something by that creator!