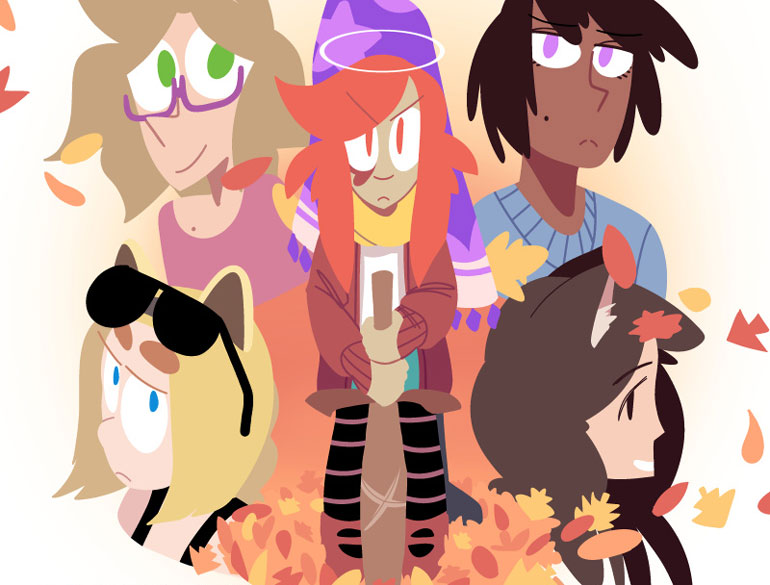 Pop culture shapes our worldviews and gives an ability of openness to the world and to people who may not have it where they live. It’s the single most important side effect about the media you digest. Valerie Halla, the creator of Goodbye to Halos, in a way, vividly understands this.

Goodbye to Halos tells the story of Fenic, a transgender woman with special magical abilities. It’s been five years since she was transported from the world she knew to the world she loves, a place filled with a variety of people of all different shapes, sizes, and sexuality. However, her story truly begins once the portal which brought her to the people she loves reopens, allowing another visitor to pass through.

This comic is more than just a fantasy sci-fi tale about a lost princess who must fight an ominous evil emperor. It’s about understanding yourself, accepting yourself, and standing up for what you think is right. It’s about the normalization of peoples disparate and the happiness of being allowed to be who they truly are. 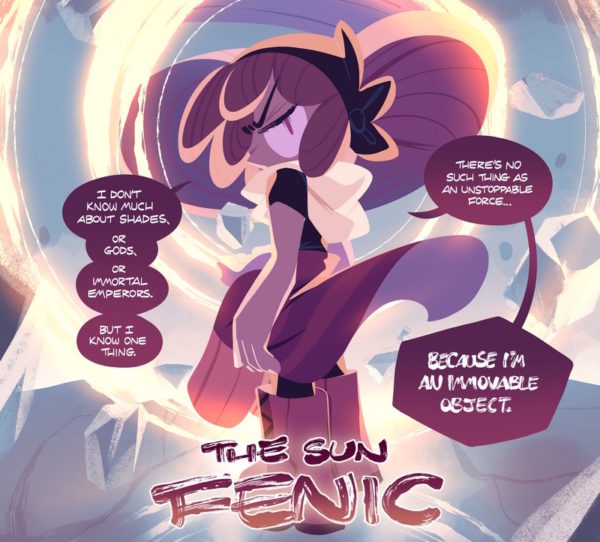 Goodbye to Halos unabashedly introduces characters who, in mainstream projects, have been misinterpreted and misconstrued, giving these peoples a face, giving them humanity and the dignity to be shown as normal rather than “quirky” or even predatorily.

Goodbye to Halos isn’t a comic which will ease you into ideas that may sound strange to someone who rarely tries to understand people who aren’t heteronormative and straight. It tosses you into a place that neither of those ideas is the default and is nonchalant in its radically humane way of nonchalantly taking a stance. It’s the kind of comic that people should aspire to become, if they are so brave. 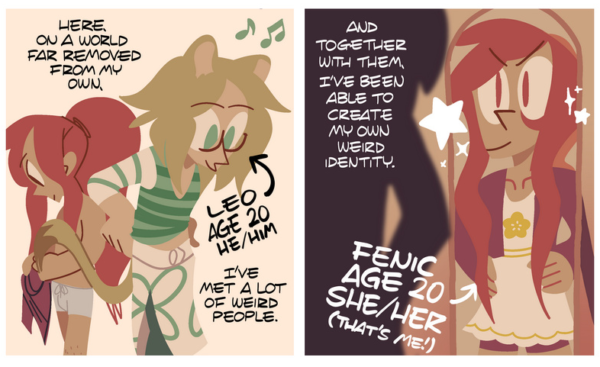 The most powerful statement made in Goodbye to Halos is it’s existence itself, and its existence can be summed up by the creator’s note on the November 11, 2016 “a brief intermission” page. Halla’s story is powerful and impresses me. When she talks about her 15-year-old self, I can’t help but be in awe. She knew more about herself than I knew as a 15-year-old, she knew more about the world than I did, and the lemonade she made from her lemons is proof enough that she’s going to be amazing, that she already does amazing things.

Heck, she’s done awesome stuff with her art already. There’s something mythical about the style she’s chosen. The character designs are more cartoonish than realistic, but it goes with the story she’s trying to write and there’s subtle detail to her work.

The coloring is soft and light in the world Fenic finds residency in, creating an air of tranquility and home. Once people and ideas from other lands traverse the pages, however, there’s an edge to their color. Out are the pastels and in are the blacks and cuttingly bright hues. The distinction created works well in establishing the dangers of those not from Market Square. 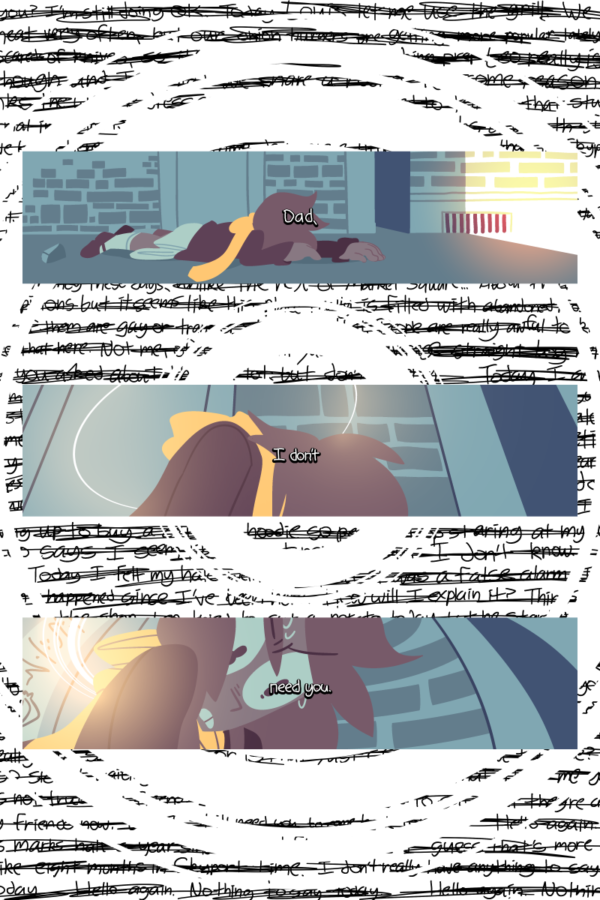 The way she lays out some of her panels is beautiful, especially when the layout revolves around the theme of halos. She has an eye for layout, really. Her lettering is wonderful as well. Halla understands when to make an impact with the font of her words and I appreciate that.

Next Month, I’ll be reading (as per reader request):

If you want to read along with me, please do! If you have any thoughts on Goodbye to Halos or have a creator I should try reading, please, email me at mexigremillion@gmail.com. Who knows? Maybe I’ll talk about your thoughts or read something by that creator!