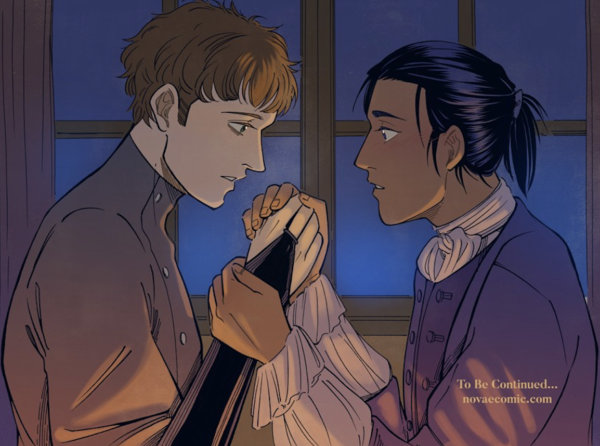 Hiya folks! It’s Me! Mexi! Here to talk about Comics I Need to Read! The column where I read a comic by a little known creator!

One of my favorite things to do now that I do this column is scour the internet for buried treasures. Tiny zines, small to medium known comics with creators who many probably don’t know, comics I find at cons or expos that are made by a local creator, stuff like that. I’m so happy that this column makes finding these lesser known creations a job for me, and when I saw this comic, I knew it would be perfect for the column. The comic is: 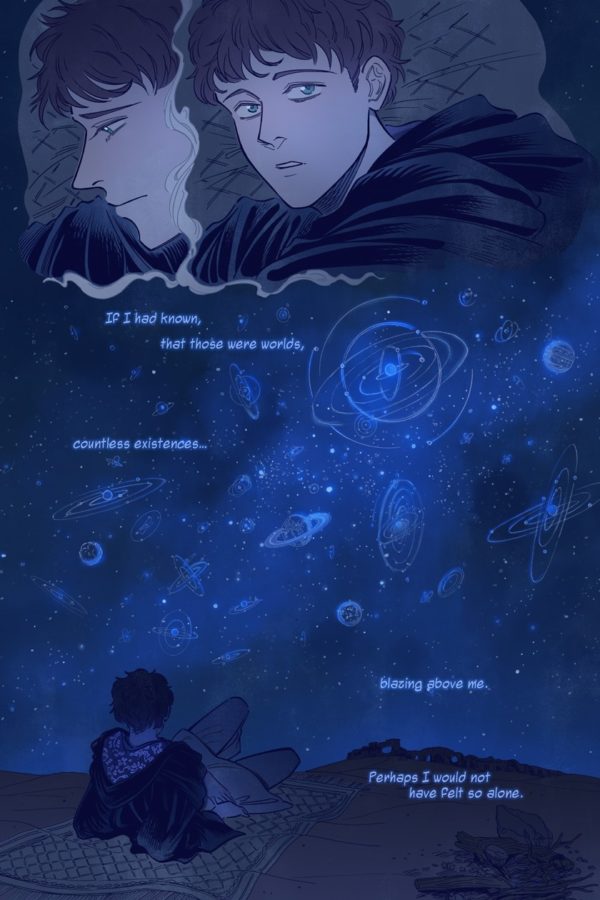 Novae tells a historical tale based in the 17th century surrounding the interactions between a young scholar by the name of Raziol Qamar and the mysterious traveler Sulvain. While not much progression has come in the way of plot, the little interactions between the two and the meanderings in to both of their unknown pasts keep the audience wondering what will come next.

KaiJu, aka the duo team of cartoonist Kate Rhodes and animator Jennifer Xu, spins a wonderful story with more visuals than words. Out of the many webcomics I’ve read, I’d say their emphasis on the panels and the art within them rather than bringing about emotions through sentences is something I rarely see. It makes for an easy read and it also allows the reader to fill in the blanks on their own. 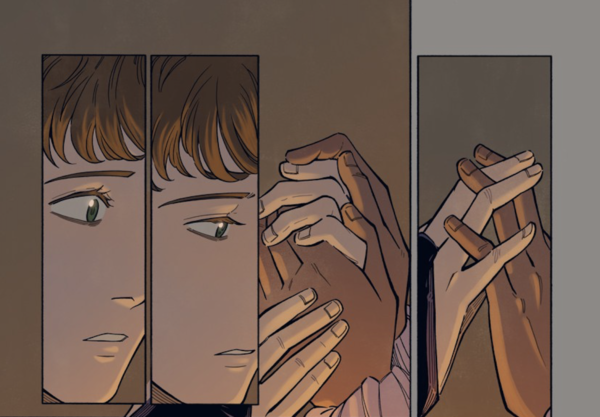 My favorite parts, in fact, are the small moments of no dialogue. Where actions and slight facial changes speak volumes over the science jargon and reminiscing about the past. There’s something captivating about how these quiet scenes unfold.

The coloring is wonderful too. The subtle-not-so-subtleness of Raziol’s blushing is spectacular. I love how KaiJu blends the scenes well through color transitions at points. I love every scene where there are candles involved. They’re shadowing is on point and its kind of insane how the romantic atmosphere the two protagonists exhume quadruples with the lighting that comes from those dang candles. 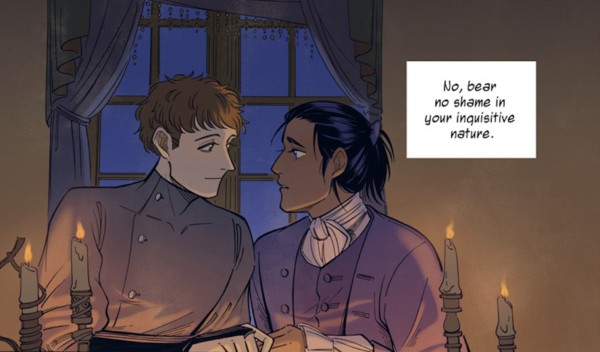 What I love most of all, though, is the insane amount of chemistry that Raziol and Sulvain have. From the instant they met, they seem captivated with one another. Each time they are alone, their chemistry grows exponentially, threatening to overflow at times. But this is the 17th century. And, of course, the world would not have been as open as the viewers to such earnest feelings.

Even so, I’ll still be rooting for them, because, dang it, their chemistry is insane and half the time this comic feels like the “NOW KISS” comic. I just want to shove their faces into one another.

You should read Novae. It’s an easy going, quick read with ominous undertones and too much thirstiness to handle sometimes. It’s phantasmagorical and more people should read it. You can find Novae here.

By email demand, Next Month, I’ll be reading:

If you have any thoughts on Novae or have a creator I should try reading, please, email me at mexigremillion@gmail.com. Who knows? Maybe I’ll talk about your thoughts or read something by that creator!