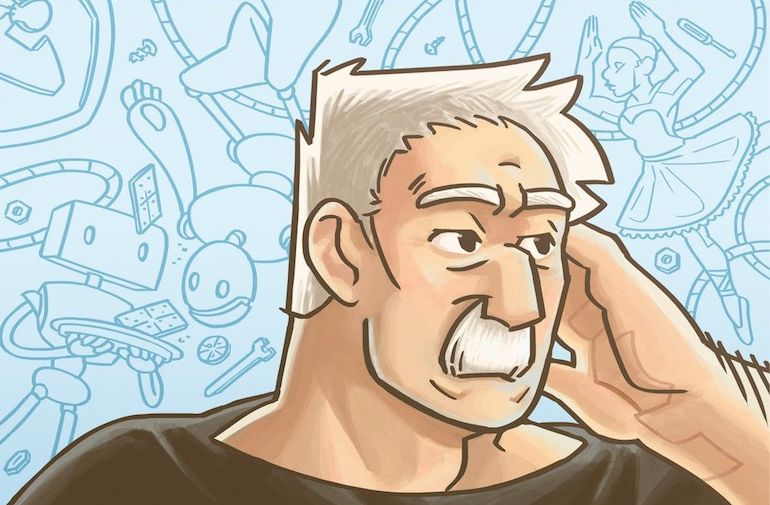 Hey! Mexi here again! Reading comics that I feel should be read that aren’t well known. While this comic is kind of cheating for me (I actually read all of the current pages of it beforehand back when I first thought about making a list for this article series), I still feel like it’s new enough to me to count and something that everyone should check out. It is:

O Human Star tells a tale of a not so distant future, where robotics have reached the point of sentience and passable human robots, while expensive and uncommon, exist. Alastair Sterling, the man who “sparked the robot revolution”, wakes up 16 years after he passed away in a robot replicate of himself. The story revolves around Alastair, his past lab and romantic partner Brendan, and Sulla, the mysterious robot who lives with Brendan. 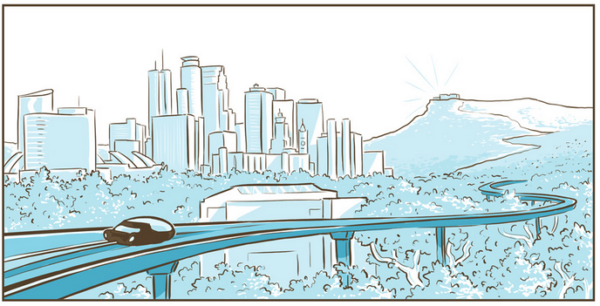 O Human Star is captivating in its melancholia and tranquility. It’s a story of people hiding who they are, of people trying to be who they feel they are truly, and people accepting who they are. It sheds light on issues revolving around being transgender, being gender fluid, being queer, and just being an “other” in a society that does not always try to embrace those who are “other”.

There’s something wonderful about the distinct choice of coloring in this comic. Shades of blue envelope O Human Star in the present, providing a serene yet dower mood, creating this atmosphere where while the future has come, the feelings of the characters has been frozen in time, as if stuck in the past. The flashbacks, however, are seen in an array of reds, feeling more dynamic and lively. It makes the rare occasion of a dash of a completely different color in a panel all the more poignant. 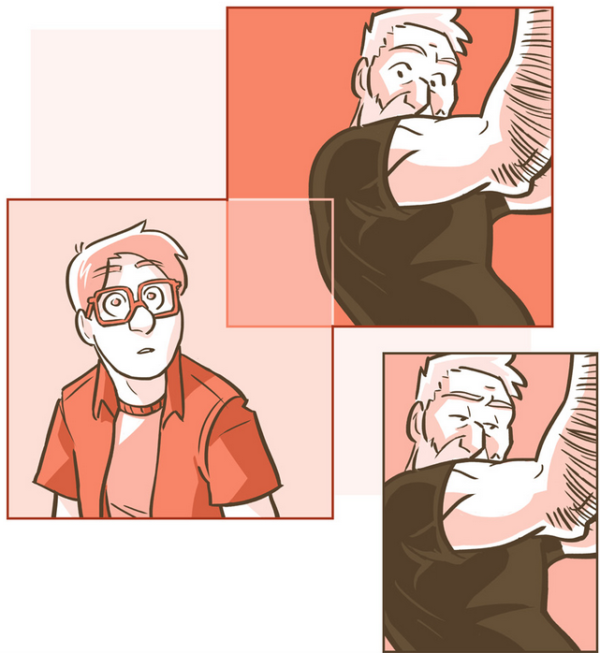 How Delliquanti lays out her comic is just spectacular as well. She just has this sense of how to frame and overlap panels that is beautiful to look at. I really appreciate that sort of effort.

I love the cast of characters. I love that there’s this entire variety of voices that you rarely see, let alone see in the same comic. From Alastair himself to Ty (Titus), characters are both well-written and important voices to hear. My favorite character is probably Sulla, though. 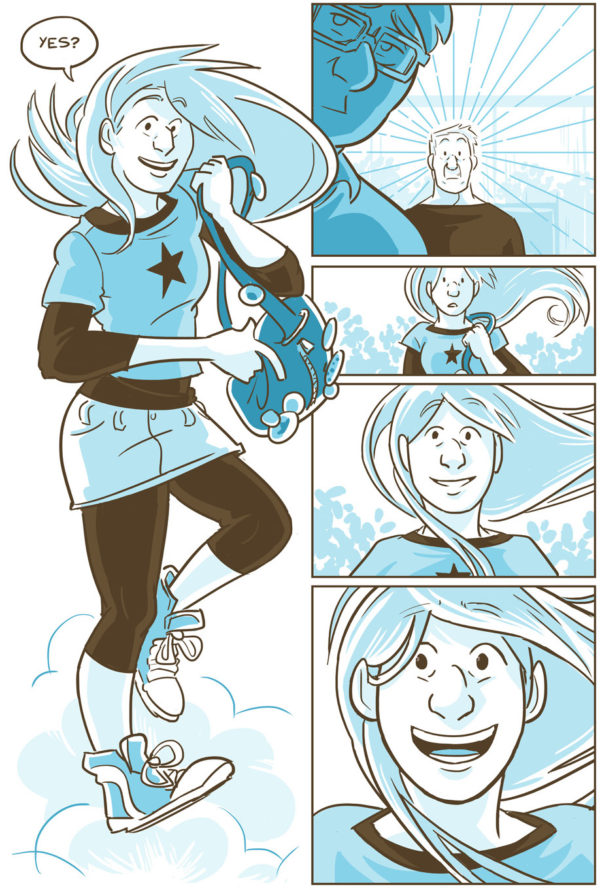 She’s wonderful, intelligent, and quick thinking. She’s this very likeable young woman who just wants to have friends and wants to feel like she belongs. She’s a beautiful cinnamon roll, too good for this world, too pure.

Read this comic. Read it. Read it, read it, read it. You can find O Human Star here. It’s a fantastic sci-fi future series about cool robots and strange mysteries. It has interesting characters and some intriguing science-y jargon that I probably don’t understand as well as I think I do. It’s a great read that you should check out!

Goodbye to Halos by Valerie Halla

If you want to read along with me, please do! If you have any thoughts on O Human Star or have a creator I should try reading, please, email me at mexigremillion@gmail.com. Who knows? Maybe I’ll talk about your thoughts or read something by that creator!