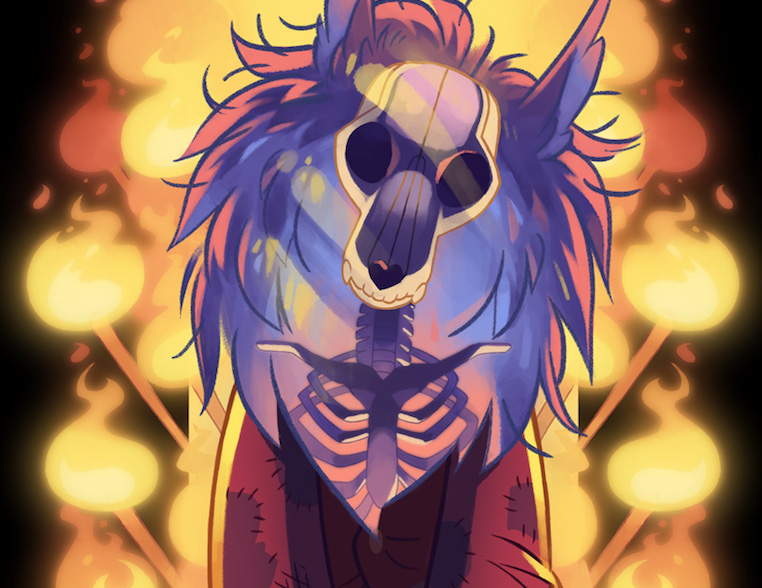 Hiya folks! It’s me! Mexi! Here to talk about another Comic I Need to Read, my column where I delve into a comic by a little known creator.

This week is a con-inspired choice of sorts. At one of the last comic-cons I went to, I had stumbled upon a creator selling comics that had a fantastic art style and a science-y, supernatural bend. I asked her what I should buy from her, and she suggested the prequel of her webcomic series, a well-crafted comic called Bleeding Heart (totally recommend it if you have some spare cash and a penchant for the supernatural).

After falling in love with the prequel, I decided to give the webcomic a spin, bringing us to our Comic I Need to Read for the month! 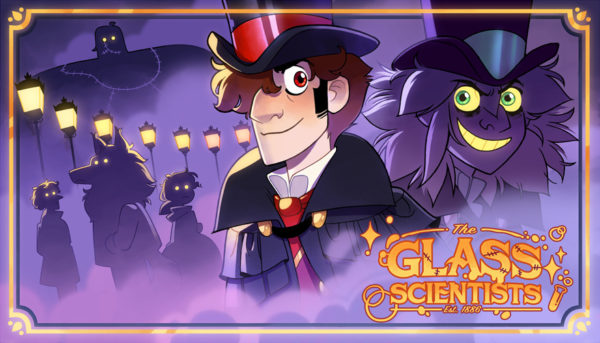 The Glass Scientists loosely takes from a variety of Victorian gothic horror classics, from Dr. Jekyll and Mr. Hyde to Frankenstein and provides a slightly hyperbolized London with a tongue and cheek take on mad scientists and fairy tale creatures roaming the streets. It tells the story of Henry Jekyll, a ‘rogue scientist’ trying to keep his Society for Arcane Sciences afloat. However, inward struggles begin to crack through the perfect mask he wears as his deepest insecurities bubble up in unhealthy ways. 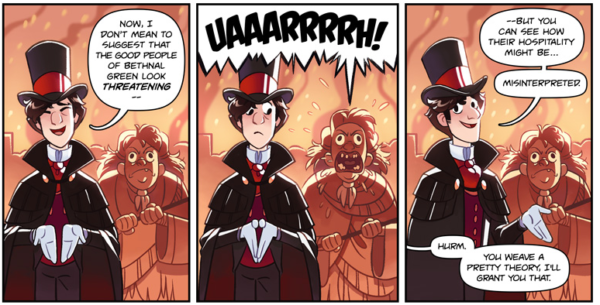 The writing in The Glass Scientists is spectacular. I love Henry and Robert. Henry is a man of stepford antics, trying to convey the person that maintains a good image for the Society while being the man everyone wants him to be with very little time to relax. The only glimpses of the true Henry that we see near anyone other than Hyde is probably Robert, and it’s intriguing to see the mask of charm fall to reveal a deep friendship that allows Henry’s his guard to fall.

Robert Lanyon is an adorable, precious cinnamon roll who’s too perfect for this world, too pure and is totally on point when it comes to how to realistically deal with the problems that the Society has with funding. While I feel like Henry’s now crumbling attempts to maintain being perfect all the time for the sake of the Society will greatly impact how Robert deals with Henry and bring them into a discussion of how to eventually split up the being the face of the operation, I’m glad and intrigued that the reader can tell that Robert can see through some of Henry’s fake persona, if not probably all of it.

The world building in general is just superb. I love the matter of fact, almost on the nose way this Victorian London treats ghoulish creatures. It’s cartoonish, but I also love that actions do have consequences in this tale and that if you burn an entire street block down, people will go to jail for it.

The art is amazing. One of the things that first drew me to Cotugno’s work was her art style. It’s a wonderful mesh of something in between Over the Garden Wall, Steven Universe, and Brave Chef Brianna. I love the roundness that gives the art a cutesy look. I love how oddly grotesque the alchemy can be, with huge dollops of goop coming out of orifices all around.

I think the locations that Cotugno creates are imaginative and exceptional. From the Mad Calvinist stage to the variety of labs for the Society for Arcane Sciences lodgers, Cotugno goes above and beyond in providing out of the box ideas for the settings. 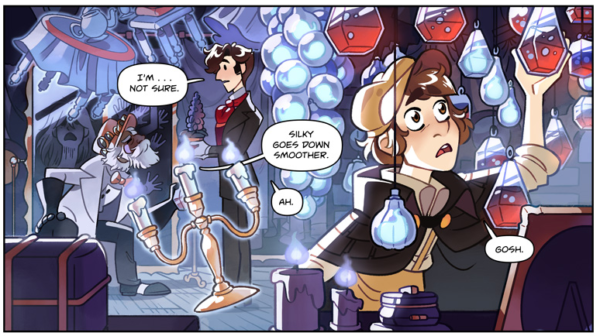 Purin’s work on coloring really gives the Glass Scientists that extra nudge that makes a great comic a captivating one. The shadowing is perfect. The dazzlingness of whenever Henry is laying down the charm is wonderful. The bright colors of most scenes juxtaposed with the insecurities that loom around Henry while he’s by himself is perfect. I just really love how the coloring is done in this work.

Read The Glass Scientists. Oh my gosh, just read it. It’s a pretty new webcomic on the scene, with only about two years under its belt, and it is worth every page. The art is wonderful, the sense of humor is so great, and the character development arcs that the story is setting up makes you want more. You can find the Glass Scientist along with a link to Cotugno’s prequel work for the webcomic here. 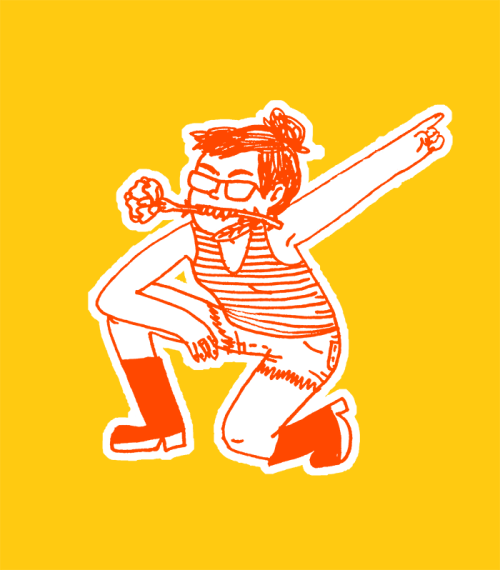 If you want to read along with me, please do! This one is going to be a bit of a trickier one than usual, since I originally bought her short zine at a super cool indie comics store while visiting some friends who just moved to Seattle, but I feel like you can get most, if not all, of the pages of Lazy Lover on either her website or her tumblr or if you’re really adventurous, possibly by scrolling down her twitter feed.

If you have any thoughts on The Glass Scientists or have a creator I should try reading, please, email me at mexigremillion@gmail.com. Who knows? Maybe I’ll talk about your thoughts or read something by that creator!