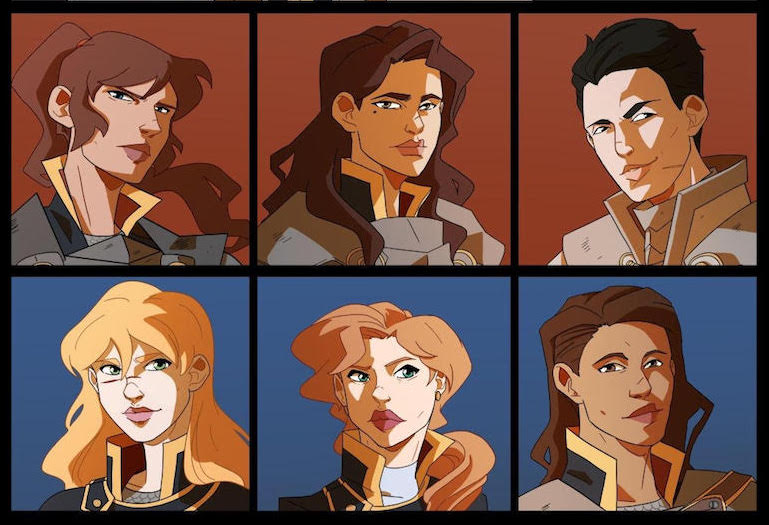 Barbara Perez Marquez use of “slice of life” style of writing in her creations helps readers connect not only with the character but with her intended message. “Often we feel we are going around in life having all these isolated experiences and stories/media are the way we can tell each other ‘hey, you are not alone.’” From her work in The Order of Belfry, as well as her participation in The Cardboard Kingdom and other anthologies we find that she successfully touches on important messages while entertaining and intriguing the reader at the same time. Perez Marquez, originally from the Dominican Republic, earned her MFA from Manhattanville College in New York and now writes and edits on a number of upcoming projects. I spoke with her to learn more about her decision to become a writer, her inspirations, and her thoughts on Latinx in comics. 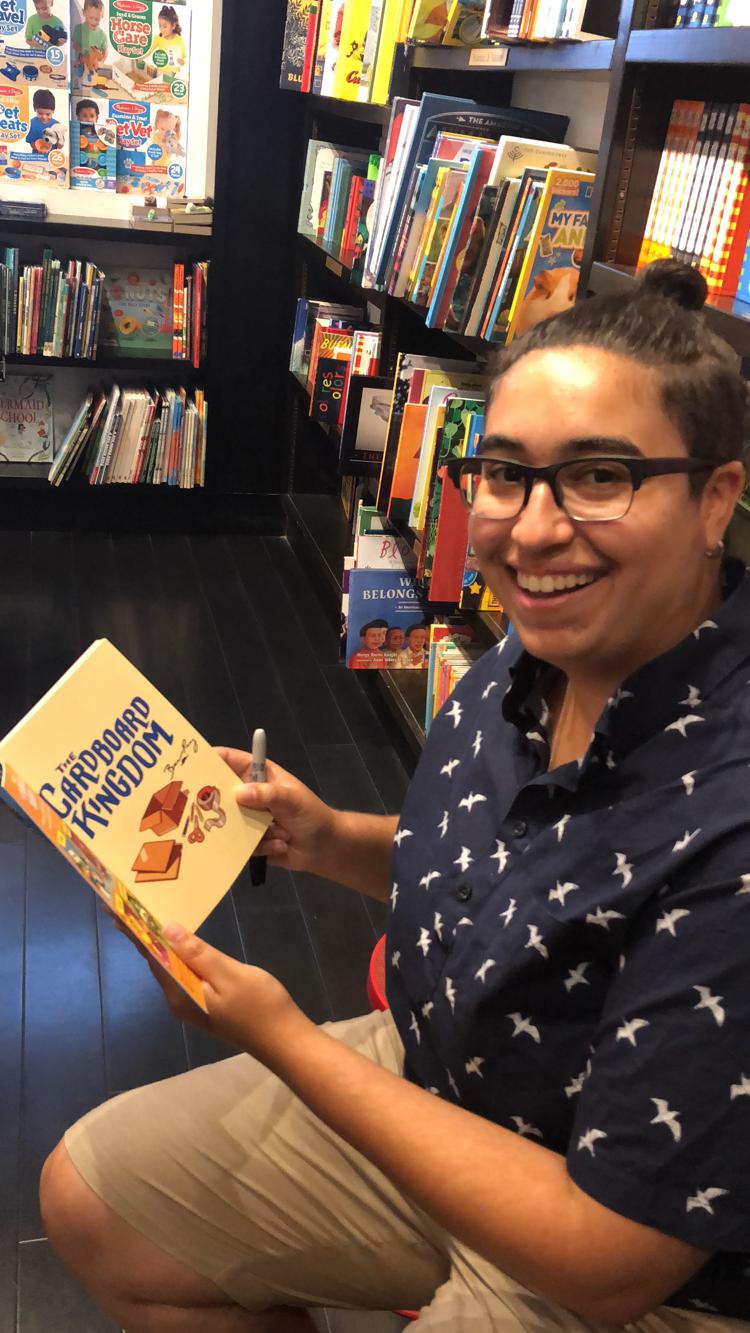 Chris C. Hernandez: Is there one moment in your life when you realized your path was to be a writer?

Barbara Perez Marquez: I always think back to this national writing anthology the government in the Dominican Republic sponsored. I submitted this super short poem — maybe like 3 lines long. It was around 7th grade, before then I’d always thought I’d be a lawyer or something. When I got my copy of the anthology (everyone that participated got one), it stayed with me that there was a possibility that I could be a writer, that it was a viable career path.

It wasn’t easy, most of my high school classmates went on to become engineers or doctors because those are the fields that dominate the workforce in DR. Closest thing to the arts at the time was going into graphic design, but that wasn’t me either. So, it was pretty clear that I’d have to go abroad to pursue Creative Writing. Which, again not the easiest, but I’m happy I navigated that to make it happen.

CH: Do you have a goal that you are working towards? (Like that “one big” novel, or graphic novel, or poetry?)

BPM: That’s the dream, right? (Haha) When I first set out studying Creative Writing, that was the goal: Write a novel and have it be published. Eventually I realized that was just the big picture, along the way I found a community, writing became so much more than just writing. I fell in love with the people, the diversity in the field beyond what we see in the shelves at the bookstore.

Now that The Cardboard Kingdom is out, I think my next goal is to continue to create stories that are just as important. I’ve always focused on Young Adult fiction, I want to keep creating the stories that I wish had been there while I was growing up.

BPM: I was actually a bit late to the game with comics (though it’s never TOO late for comics). I knew they existed, I read W.I.T.C.H. and quite a slew of webcomics in high school. However, it wasn’t until Junior year in college that I actually delved into comics in full. I read some DC stuff, but indie comics was really were I found the compelling stories that made me stick around.

CH: When and what inspired you to write for comic books?

BPM: I hit a stump during grad school with my writing and at the time I was trying to break out of it, I was reading through American Vampire. On one of the volumes, there was a script of one of the issues and I got hooked. I wanted to do that too, so I wrote a couple of things that have yet to see the light of day but it was a great bounce board to dive into actively writing comics. 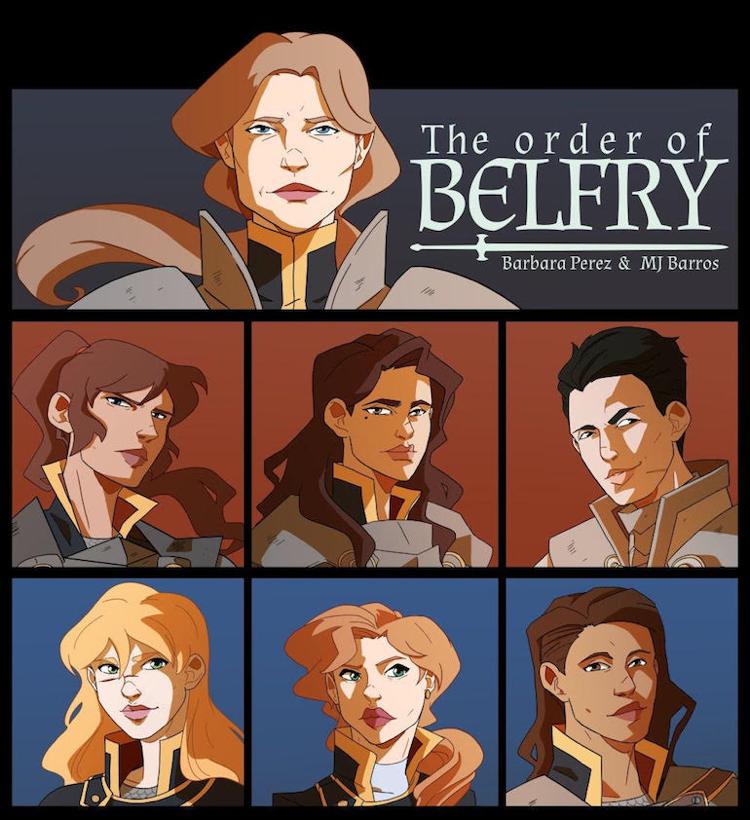 CH: Is there a genre that you enjoy writing more than others?

BPM: I’ve found that there’s always a bit of “slice of life” in whatever I do. I always gravitate towards presenting even the most amazing or interesting of characters in a mundane setting. I find it’s a great way to make stories feel more human.

CH: Who are some of your favorite writers? (doesn’t have to be comic related)

BPM: Gabriel Garcia Marquez has always been a big inspiration for me. The writer dream, in a way. I never tire of reading (and re-reading) Anne Carson, Leanne Shapton, or Miranda July.

CH: What projects are you currently working on?

BPM: I’m always looking for something else to use my writing in, so I’m actually co-creating a LARP (Live-action Roleplay) game right now. We are wrapping that up soon and afterwards I’ve got a comic project with a collaborator that I am SUPER pumped about, we are going to be writing something pretty self indulgent, much more on the mature rating side than the stuff I’ve got out there now.

CH: What inspired your story in Cardboard Kingdom?

BPM: Amanda’s story is a combination of things. I’d been interested in playing with magical realism for a while and during the pitching  process, the fantasy vs real life element already in the world of The Cardboard Kingdom fulfilled that. So from there, I didn’t focus so much on including that within the story and instead followed some themes that I felt important to speak on. It’s not autobiographical, but it also is in a way. A lot of Amanda’s struggles resonate with many of the bumps I faced in my own life, but I also think they are themes that a lot of us experience when living at the intersection of identities. It wasn’t so much that I set out to specifically address these themes, but they bubbled up as the story took form. 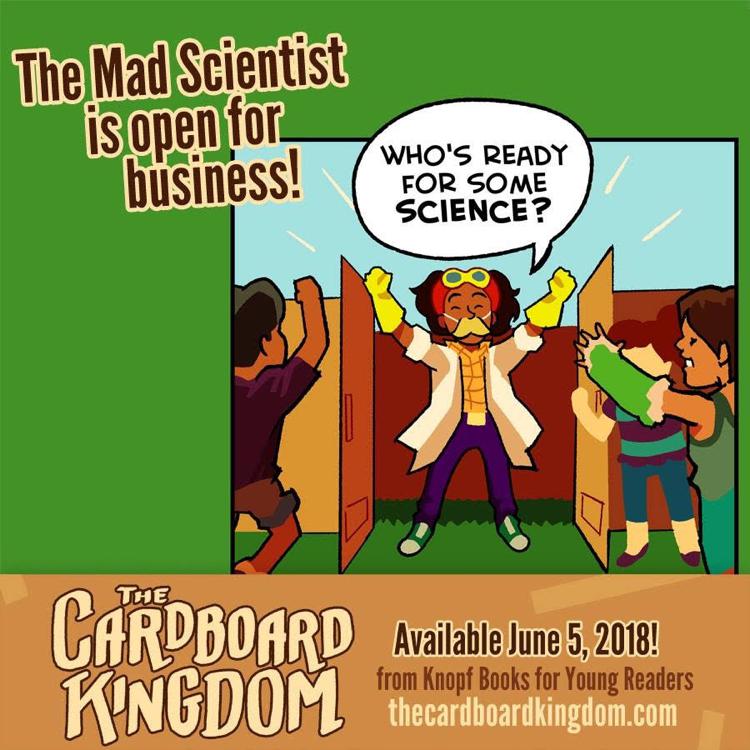 CH: Amanda’s ease of embracing and helping her friends be “more different and awesome” versus her father’s own stubbornness seems to touch on Latinx-American’s experience in the US. There’s the headbutting dichotomy of the home-country/U.S., old customs/new customs, parents/children, etc…, that rages inside all of us. As a writer what do you think the importance is of sharing stories like this for adults as well as children?

BPM: A lot of it is about finding things that we identify with, reading something and thinking “this is so me/this has happened to me.” There is nothing more powerful than a story that relates to the reader in that way, I think. Often we feel we are going around in life having all these isolated experiences and stories/media are the way we can tell each other “hey, you are not alone.” For children especially, it’s so crucial to be able to see themselves and their lives represented in the world around them, but it’s also a good reminder for adults since we sometimes lose sight of the world around us too.

CH: What are your thoughts on the current state of Latinx comics and creators?

BPM: I think we need more of both, there’s a lot of ground to cover and we all have some really amazing stories waiting to be out there in the world. We are at a special time where, if you want to make something, you can. Nobody has to give you permission or otherwise, you can create and share it in a variety of ways and it will find its way to readers one way or another.

CH: What do you think it’s going to take for us to be better represented in comics?

BPM: More Latinx stories, both in subject and creator matter. It’s impossible to say “well, there’s one, we covered it” since our experiences are so vast as it is. So, in order to be better represented, we have to make sure there’s plenty of them for readers to explore. Additionally, giving platforms for diverse creators. No matter how much diversity we include in characters, it’s not until the creator line ups represent all walks of life that we will see representation of all stripes.

CH: Who are some of your favorite Latinx comics creators?

BPM: MJ Barros, my co-creator for The Order of Belfry, is always creating some awesome work, you can find them @mjbarrosm on Twitter. If you are into webcomics, Pia Prado is telling some amazing stories. You can find them @torredebabel on Twitter and their comics are on Tapas. Kat Fajardo not only creates great comics, but is doing incredible ground work to help lift the voices of latinx creators. Another awesome creator is Vita Ayala, who’s work continues to inspire me, you can find them @definitelyvita on Twitter.

You can find out more about Barbara Perez Maquez and her work at her website: http://www.mustachebabs.com/