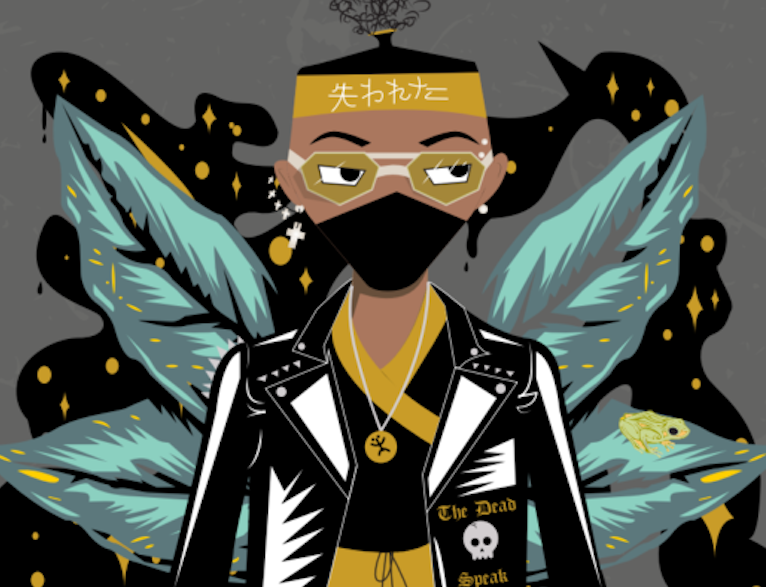 Puerto Rico has long been a land stuck in political limbo and the ongoing struggle back from the aftermath of Hurricane Maria proves how much worse the situation really is. Though the world allows Puerto Rico to disappear to the back of its collective mind the people and it’s diaspora continue to struggle ahead in life and in protest.

“Hush Papi is the embodiment of a young rebel spirit I feel many Puerto Ricans have,” says singer/songwriter Lester Rey. Hush Papi, a new comic book zine and video created by Rey, is a perfect example of social protest that evolves beyond speeches and marches. 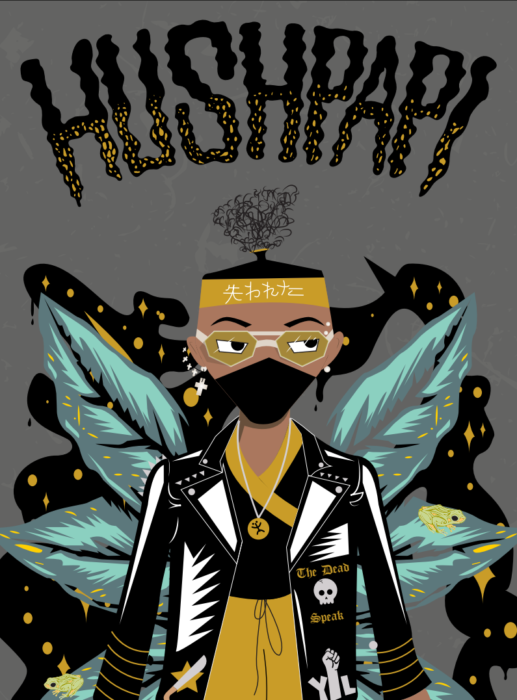 The story of Hush Papi was born from Rey’s song “Coqui” and developed by Rey, Editor  Vicko Alvarez (of ScholaR Comics) and illustrated by Jose Rosa.  The tale takes place in the year 3000 and follows the quest of the last remaining Puerto Rican boy and a human-sized Coquis to defeat an evil oppressor.

I spoke with Rey to learn about the process of turning a song into a comic book and to understand more about the rich symbolism used in the story.

Chris C Hernandez: What was the evolution of Hush Papi? What led to your song Coqui evolving into the comic zine?

Lester Rey: Hush Papi is the embodiment of a young rebel spirit I feel many Puerto Ricans have. From our pride in the flag to our fight to decolonize, Hush Papi knows that he isn’t actually the last Puerto Rican, he knows that there is hope.

The lyrics to Coqui already tell a fictional story of mutated coquis fighting off the U.S. colonizer so my mind couldn’t help but paint a picture of what it would look like. I just mentioned the idea of a comic to Vicko (a comic artist herself) in passing but it turned into a reality because of the support from the artist community here in Chicago. I mentioned the idea to the artist, Jose Rosa, and he immediately loved it and wanted to help.

CH: How did you work with Jose Rosa on the artwork. Did you have a solid idea of how you wanted the world to look or did you let him develop it? What influenced the designs of the characters?

LR: I offered Jose really rough pencil sketches I created, and we had multiple meetings to discuss the characters’ personalities. He was really the one who came through with a level of detail that I thought was perfect. Most of his experience is in design and this is his first time taking on comic characters with the help of David Escobedo. I also showed him a few of my favorite shows and movies growing up including Akira, X-Men, and Samurai Jack. I think that helped Jose and David really pin point the contrast between Hush Papi’s dystopian reality and the more high-tech environment he finds himself in the year 3000.

CH: What has been your experience with comic books?

LR: I started a collection of Marvel and DC comics when I was a kid in the 90s that I still build on today. But also like any other DBZ obsessed kid, I also use to draw a lot of different anime characters and had piles of sketchbooks along with a large collection of action figures. After some years, most of my stuff was stored in my dad’s warehouse on the south side of Chicago. When I was in high school the warehouse burned down, and we lost a lot including my comic collection, toys, sketches. It was a very hard time for my entire family as my dad tried to pick up the pieces of his livelihood and I was soon going to have to choose to put off school to work full time. Life happened, and I had to take a big step back from music, drawing, anything that wasn’t immediately helping me survive. Looking back on that, I’m incredibly grateful for the opportunity to return to this love of comics and rebuild a lost passion.

CH: What is the importance of the coqui as a symbol? How did the boy end up with him?

LR: The song “Coqui” was first featured on a project I called The Promesa Mixtape which looks at the Promesa Act, a piece of policy that essentially strips the Puerto Ricans of any agency on how to manage their financial reality. The Promesa Mixtape featured several songs meant to counter the narrative of a helpless island to a population that has been fighting back fiercely for generations. As the idea for a video and comic evolved, the mutated coqui came to represent an exaggeration of where our reality could go if we continue to be stripped of our humanity. Coquis are very, very, very small frogs, and a cultural symbol so the idea of a larger than life coqui kicking a$$ just seemed cool as hell. A sort of metaphor of the little guy finally being able to fight back.

As far as how Hush Papi ends up with the coquis that’s a topic for the next zine. But essentially, he is the proof that the bad guys can’t and won’t get us all. 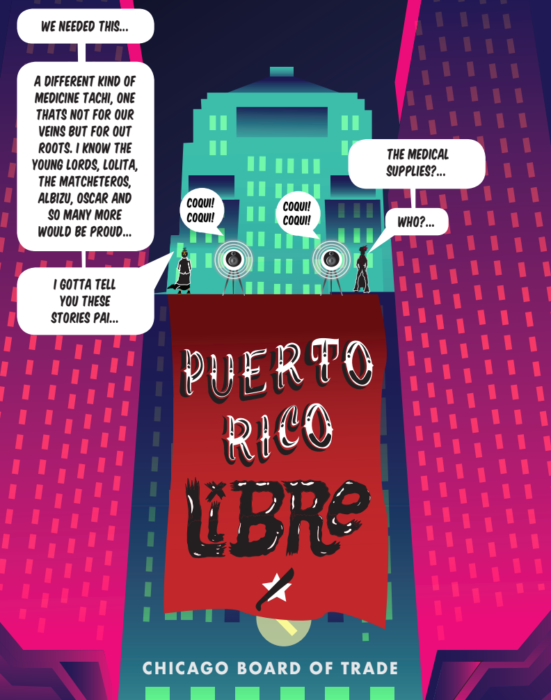 CH: Why did you set the story so far in the Future? Do you think it would take 1000 years to get to a place like Hush Papi’s world or do you think we are closer?

LR: The time frame is a reference to erasure of culture overtime, something we see even today. We talk about Native Americans as if they don’t exist and we do the same to the Tainos and other indigenous people. In Hush Papi’s world, cultural identifiers are essentially gone which has led to many people forgetting or never being taught their own cultural background. Hush Papi’s own friends in the comic book don’t understand why he’s so fixated on Puerto Rico, even though we can clearly see his friends carry different skin tones and have outfits that hint at past ethnic groups. The coquis who raised him gave him memories of Puerto Rico that he carries with him in his necklace along with thousands of years of Puerto Rican history. We’ll go into this more in the next zine 🙂

CH: Do you feel that the arts (e.g. songs and comic books) can sometimes deliver a message more succinctly than a speech or protest?

LR: A speech and a protest is in itself a form of art and I think we need them all to work together. There’s been some amazing art included in protest against the Promesa Act including the black and white flag that has become more and more popular. My song “Promesa” was actually featured in Defend PR’s Citi100 so I think there’s a big understanding that the arts are essential to bringing people together in movements. And what better way to bring people together than music? I also did a midwest college tourwhere I brought my band along with activists from the city to speak on the political climate of Puerto Rico and it was amazing. We ignited minds and got to feed our hearts with music for the work to come.

CH: What do you hope readers will do with their experience of Hush Papi?

LR: Dream. Hope. Maybe see themselves in Hush Papi. It’s a short zine but that just means there’s so many ways to keep building the story. He wants Puerto Rico and it’s people to be visible and heard more than anything. He found one way to do it in this first comic but he’s not done yet. 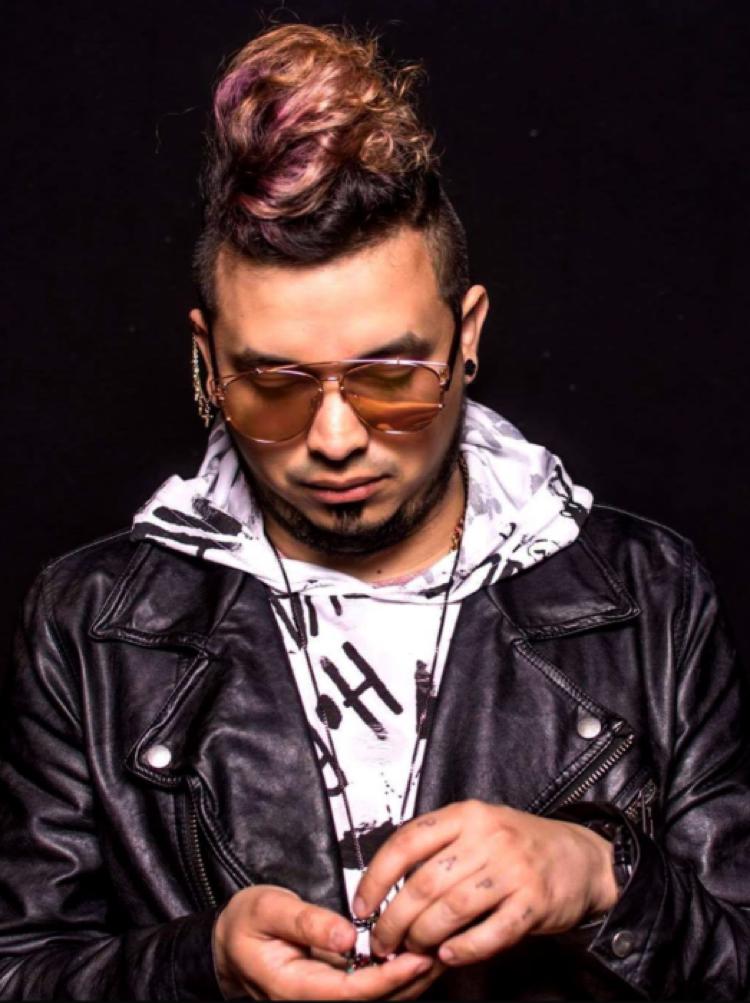 CH: What is the next step for Hush Papi? Do you have any plans to turn more songs into comics?

LR: I have plans for more comic zines for sure! The process was a lot of fun and has helped me come into my own as a storyteller in song and on paper. I’m not sure about turning more songs into comics but there will definitely be more of Hush Papi.

Learn more about Lester Rey’s Hush Papi and Coqui on his website: https://www.lesterrey.com/