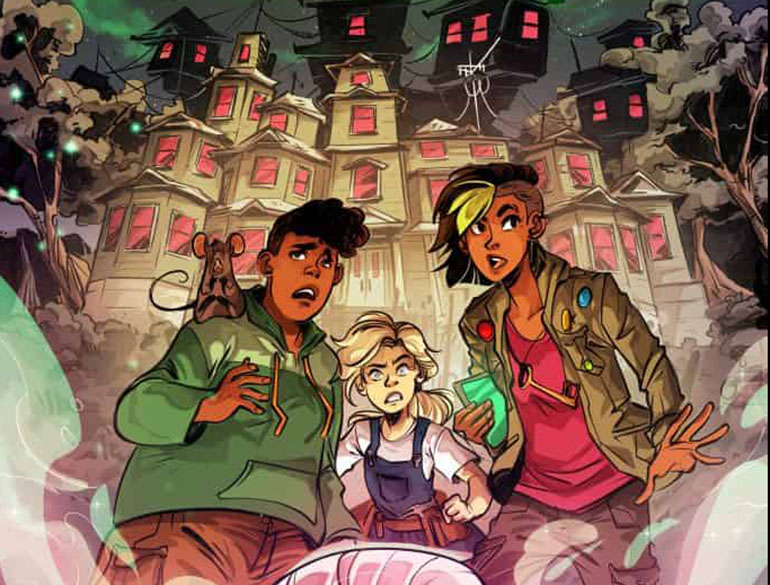 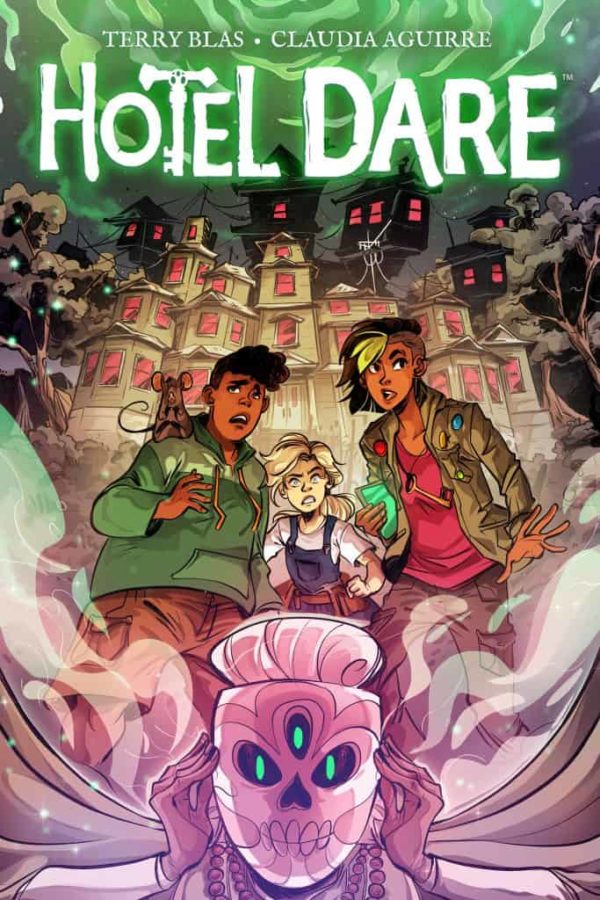 Family is a powerful part of Latinx daily life, but what if you grow up without one or the family you have isn’t like others. The protagonists of Terry Blas’ forthcoming graphic novel Hotel Dare have created a “found family” or the kind of family that is created by the circle people that care about you. In April readers will discover that there is much more to this family and the Hotel itself.

This world-hopping fantasy follows Olive and her adopted siblings, Darwin and Charlotte, as they spend their summer with their estranged Grandmother, Mamá Lupe at her creepy hotel in Mexico. When their boring chores lead them to discover a secret hiding behind every door of the hotel—thanks to a mysterious ancient mask—the kids are transported to three magical worlds filled with space pirates, bearded wizards, and cotton-candied kingdoms. But if they’re gonna save these three worlds from certain jeopardy, they’ll need to embrace the love and acceptance of family…before they tear themselves apart!

I reached out to Blas to find out a little more about the ideas that led to the creation of Hotel Dare and it’s unique characters. 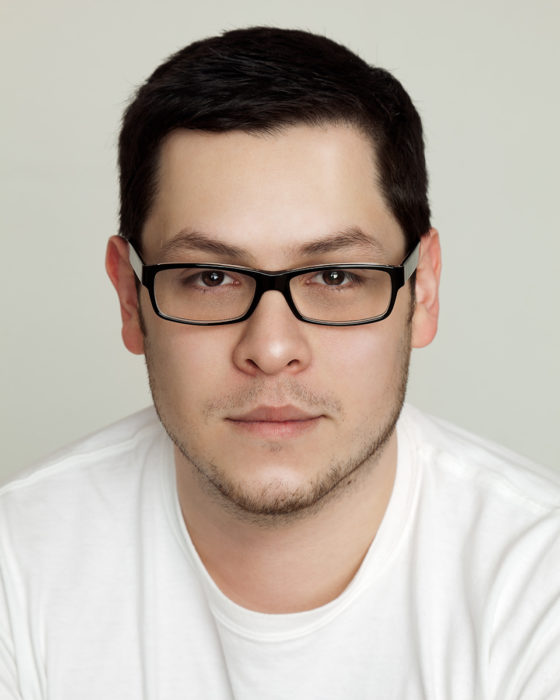 Chris C. Hernandez: I think that most of us, growing up, had fantasies of finding a doorway to another world and going on an adventure. Mine was in far reaches of my closet and lead to a world of talking toys. What kind of world did you dream of travelling and adventuring in?

Terry Blas: I dreamed of traveling to and living in all kinds of worlds. That has directly influenced Hotel Dare. As a kid, when I played with toys, I didn’t exclusively play with Ninja Turtles and then put them away and then play with My Little Pony. I played with all my toys at the same time! It’s the mixture of all kinds of elements that appeals to me and had me thinking about mixing sci-fi and fantasy into a Mexican inspired adventure.

CH: These three kids seem to have had a difficult life up until now. What can you tell us about their past?

TB: Well I don’t want to say too much that would spoil the book, but pretty quickly you find out that these three kids are siblings, the youngest two are adopted and they are going to visit their grandmother who their father doesn’t get along with. That’s all on page one. Diving into those dynamics is what the book is all about.

TB: It depends on the story really. With Hotel Dare, the idea came first. I usually watch Star Trek every night. On a trip to England, my husband and I went to the Harry Potter Leavesden Studio tour and I had this thought come to me that whenever there is a problem on Star Trek they have a long technobabble explanation of what the problem is and a science-ish explanation of how to fix it. I thought, “If a wizard were on a spaceship, he would just wave his wind and…problem fixed.” Then I thought, “Well how would a wizard get on a spaceship?” And that was sort of the beginning of the idea that turned into Hotel Dare. That being said, I feel like most of my writing is very character driven. 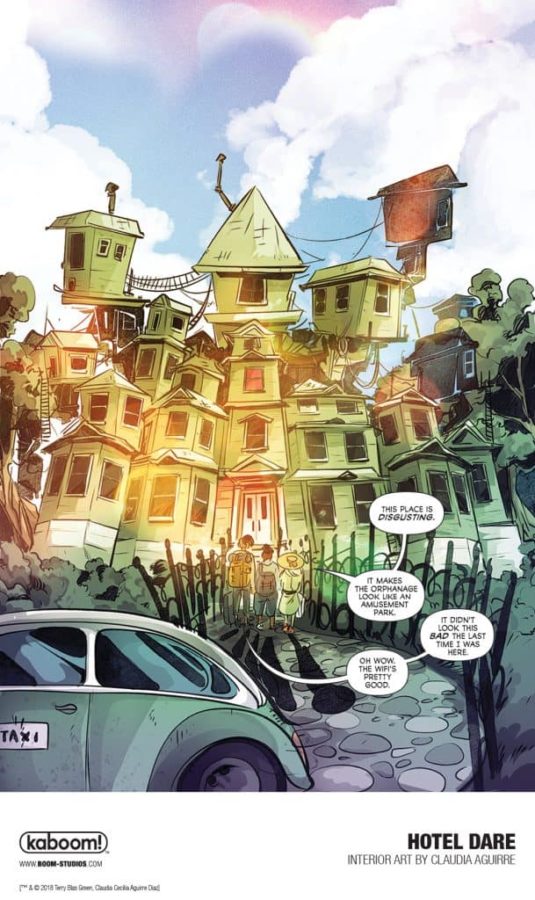 TB: No, there isn’t much mystery in my family’s past so creating one to write about was really fun.

CH: There seems to be a built-in aurora of magic or mysticism within our culture. Why do you feel that is?

TB: That’s a difficult question. I don’t know. I suppose there’s a desire to connect or reconnect with our roots, whether they be Aztec or Mayan or something else. Learning about gods and creatures that were prevalent in those cultures is interesting and fun. Plus, most of the magic and mysticism we see represented in media is very European looking.

CH: As a Latinx creator do you feel a greater weight of responsibility in what you create, especially when it deals with Latinx representation?

TB: Not crushingly so but I do feel that. Look, Latinxs are the largest minority in the country at roughly 50 million, and we have the least amount of representation in media. Also, the fastest growing demographic in the country is the Latina, so my thought is, “Maybe write some books from them.” Latinas should be able to see themselves being brave or flawed or intelligent as opposed to maids or sexpots which they are often still stereotyped as. 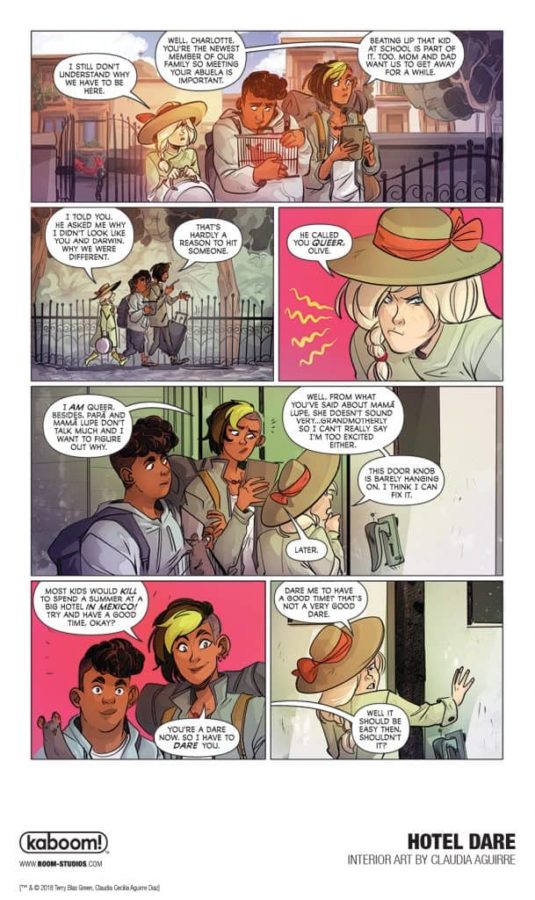 CH: Beyond having a visual representation of our Latinx culture what can readers look forward to connecting with?

TB: I hope that people will connect with the idea that “family are people who treat you like family.” In Hotel Dare there are characters who are adopted, or who have formed their own “found families” and I think a lot of people can relate to being close to people who aren’t members of their biological family.

CH: Claudia Aguirre’s style feels like a perfect match for this story. How did the two of you approach bringing the story to life?

TB: Claudia is an amazing artist. Most of the characters in Hotel Dare are women and it was important for me to find a Latina to contribute to the book. I had specific ideas about what the characters would look like but I also wanted Claudia to feel like sketches I had done or ideas I had were just a jumping off point for where to start. She’s done amazing work on this book. I couldn’t ask for better.

CH: What made you decide on telling the story in a graphic novel format rather than a series?

TB: That was more a decision made by editors and the company. I’m fine with whatever format will help the book come out and be read by most people.

CH: Will this be a one-off or will there be more stories to tell in this world?

TB: Well, I have more volumes in mind and would love to write more with these characters but I suppose it depends on how well this first one does.

Hotel Dare is set to be released in April. Find out more information from BOOM! Studios here! 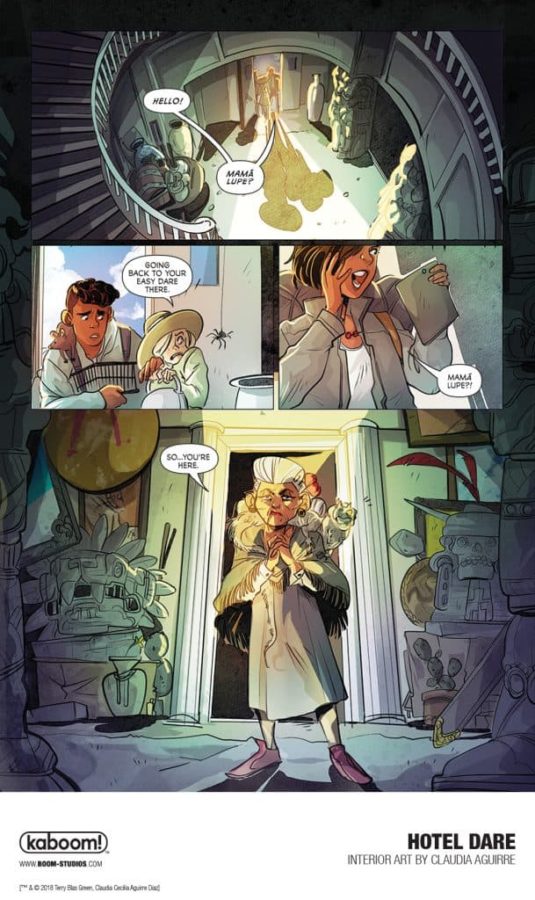