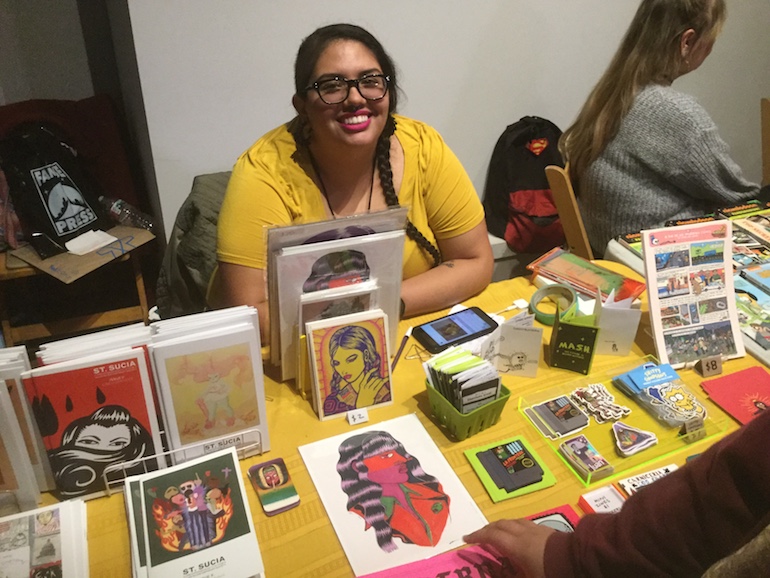 How many Latinx comic book characters can you name? How many of those have stories that deal with the Latinx experience? Chances are if you head to your local comic book store looking for Latinx centric book you will leave empty handed.  Out of the “Big Two” comic book publishers there is only one title that features Latinx as a main character and a hand full of others were Latinx characters appear sporadically. Ricardo Padilla is working to change that. 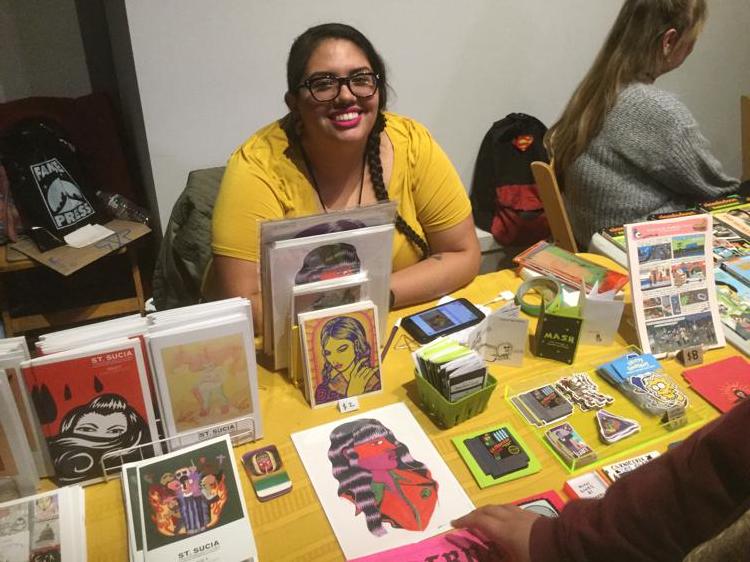 “We need to reclaim the narrative,” says Padilla. “It’s so important for us and especially for young people to see themselves in the story.” Padilla, who grew up in the East LA area, is the co-founder of the Latin Comic Expo, an annual comic book convention dedicated to celebrating Latinx comic book characters and their creators. “We need spaces where we can do that and not have to beg for inclusion.”

Seven years ago, Padilla and co-founder Javier Hernandez (creator of the long running comic book El Muerto) set out to create those much-needed spaces. “Once I had children of my own and I would take them to various Comic Cons, I saw for myself the lack of support and visibility for Latino/a Creators,” says Padilla. “It was dispiriting, one cool Latinx artist in the corner or hidden behind some plush toys.” 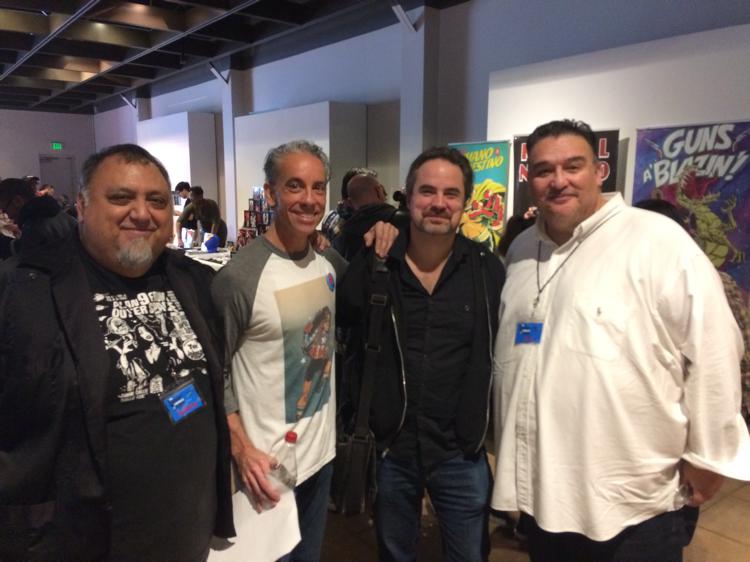 On May 7, 2011 Padilla and Hernandez opened the doors of the first Expo which was hosted at the Cartoon Museum of Art in San Francisco. The inaugural event featured 10 artist and was attended by about 250 fans. Since then, though, the Expo has grown to ten times it’s original size. Last November, 80 artists and almost 3000 fans gathered at the Museum of Latin America Art in Long Beach, California for the 2017 edition of the Expo.

The popularity of the event further supports the growing call for Latinx representation in comic books and other media.  Finding a character that not only looks but lives similar to readers goes far beyond just being fair or right, it can greatly affect their lives. “Growing up in South Central & East LA, Comic books saved my life,” Padilla says recalling the threat of violence that existed just outside his door. “Plus, they opened the window to my joy of reading and to the worlds of Imagination & Creativity.” Comic books in general are beginning to make their way into classrooms as a way to engage students in reading and learning. The learning for gap for Latinx students still exists and tools like comics or graphic novels can make the difference in reaching our children. 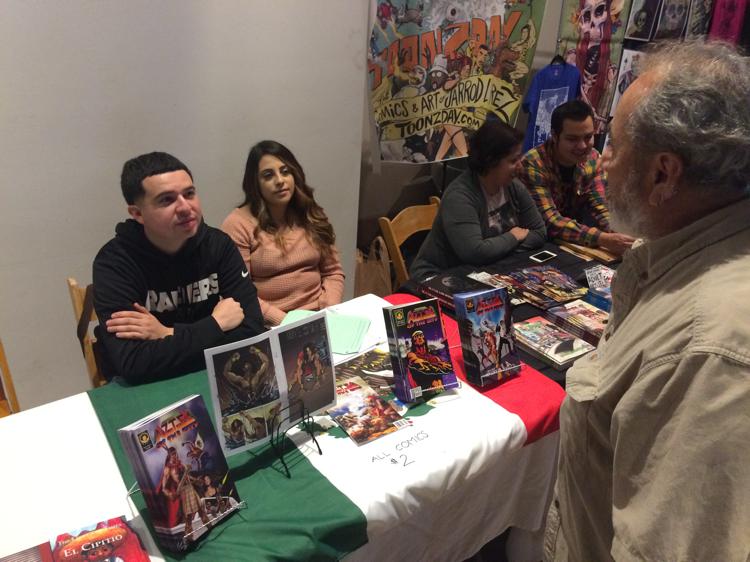 The nearby San Diego Comic Con, which can be packed wall-to-wall with 130,000 clamoring fans, may be similar to the Expo but there is an important difference. The atmosphere. “It’s such a positive vibe,” Padilla says. “Very inclusive. Almost like a family reunion.” Fans and creators alike come together to socialize, collaborate, and celebrate each other which creates a space where fans can freely talk with the some of the top artist in the genre. It can be a moving experience for all generations of the family. “The O.G.s always start crying because their generation had always dreamed of having their own Latino/a comics and superheroes.  The little kids are always super excited because they’ve never seen anything like us before.  It’s a beautiful thing to see those types of reactions and it reminds us that we are doing something important and valuable.”

Though, Latinx stories and creators are gradually increasing it still can be hard to track them down. The Expo brings stories of Mayan and Aztec alternate histories, sci-fi, political cartoons, Aztec zombies, and Lucha Libre all together in one place. “I do believe this is a ‘golden-age of Latino/a comics,’” Padilla says. “We have a lot of Classic creators, still at the top of their game ( i.e. Los Bros Hernandez, Love & Rockets) and plenty of up and comers really doing fine and creative things.” 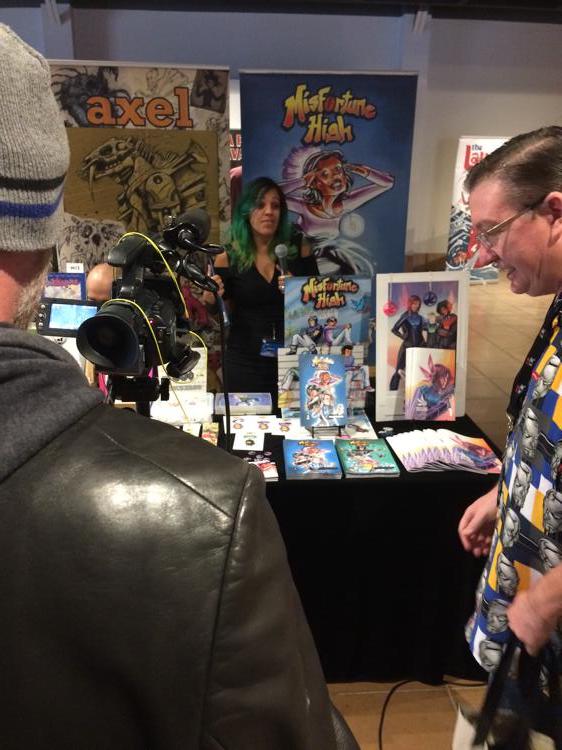 Last year Padilla and Hernandez launched the Latino Animation Festival to accompany and help raise money for the Expo. The Festival features shorts from Latinx animators from all over the US and Latin America.  The Festival, scheduled for September 5th at the San Francisco Alamo Drafthouse will feature animated shorts that include personal stories, Aztec mythology, barrio humor, LGBTQ stories, humor and Sci-Fi.

“It’s important to shed light on folks who wouldn’t normally get attention,” says Oscar Garza of 5 Meats Comics, who is one of the presenting animators. “Como Luchar/How to Wrestle is a not only a tribute to the art form Lucha Libre, but is an ode to slapstick routines and silent animated shorts like Plymptoons and Stretch Films; animation-based comedy that can be enjoyed regardless of language.”

The Expo continues to grow as it was held in Brownsville, Texas this year and Padilla is already hard at work preparing for next year’s February event. “Representation is resistance,” Padilla exclaims. “There is a lot of ignorance out there…some casual racism, as well.  Resistance to the future, too. That’s why we are not waiting around any longer, we are doing it for ourselves and having a great time doing it.”  Look for the Expo to be held next year in the hometown of George Lucas, Modesto, California at Modesto Jr. College. “Every year we get a little bit bigger and better…So Watch Out!”