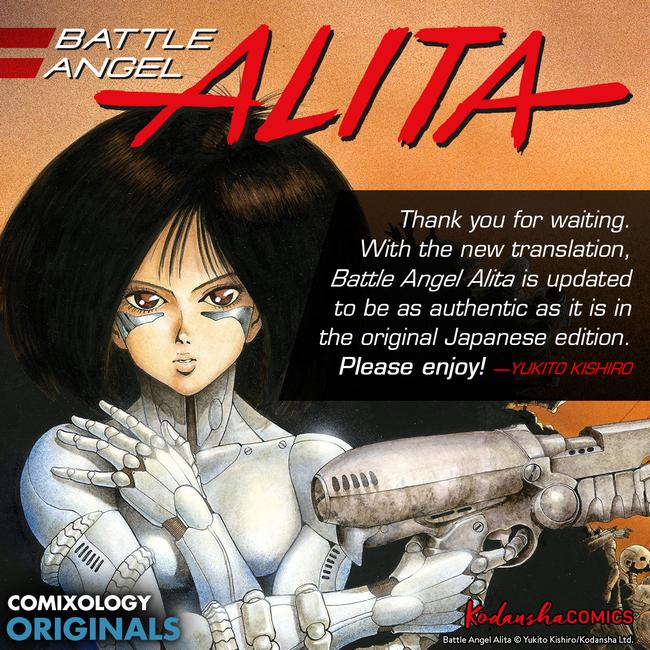 Long after being out of print, Yukito Kishiro’s iconic and popular manga series Battle Angel Alita is available today for the first time in nearly a decade, with a stunning new translation of the first three volumes available exclusively as a digital release from Kodansha Comics via comiXology Originals. Kishiro’s post-apocalyptic science fiction story about an amnesiac cyborg named Alita has thrilled international audiences since it was originally published in 1990. James Cameron is currently producing a live-action adaptation of the acclaimed title.

The digital exclusive release of Battle Angel Alita volumes 1-3 is available today for free with a comiXology Unlimited membership, or for $10.99 per volume on comiXology or Kindle.  Each volume is available in comiXology’s Guided View, allowing fans to cinematically read from panel-to-panel at their own pace. The entire series will be released as part of the comiXology Originals program this year, with Volumes 4-6 debuting in August and the concluding volumes 6-9 appearing in October.

ComiXology Unlimited offers access to over 10,000 comics, graphic novels and manga for just $5.99 a month with a 30-day free trial at comixology.com/unlimited and is available on the comiXology app for Fire Tablet, Android, iOS and on the web at comixology.com. 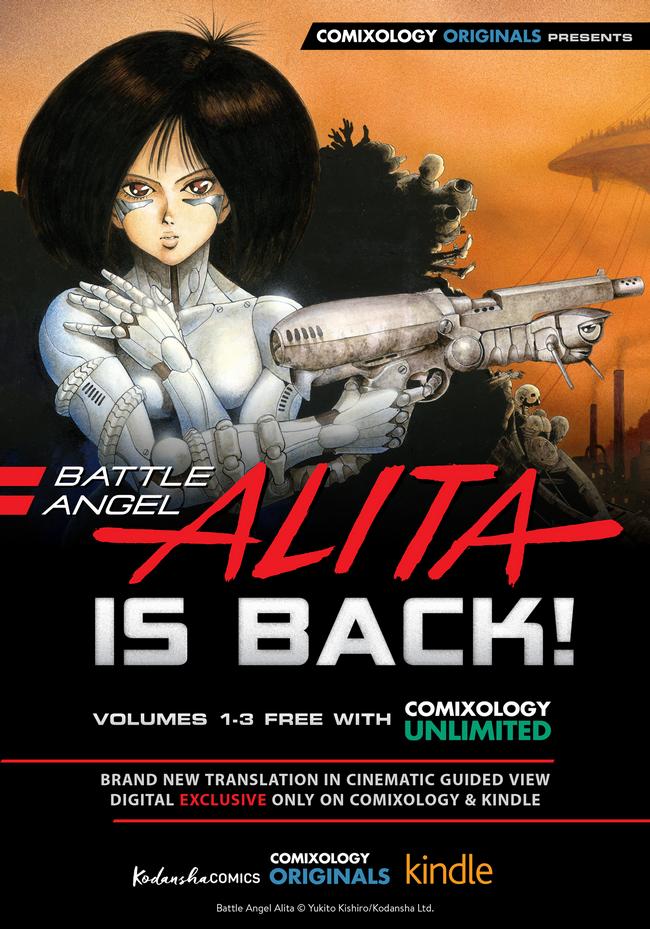