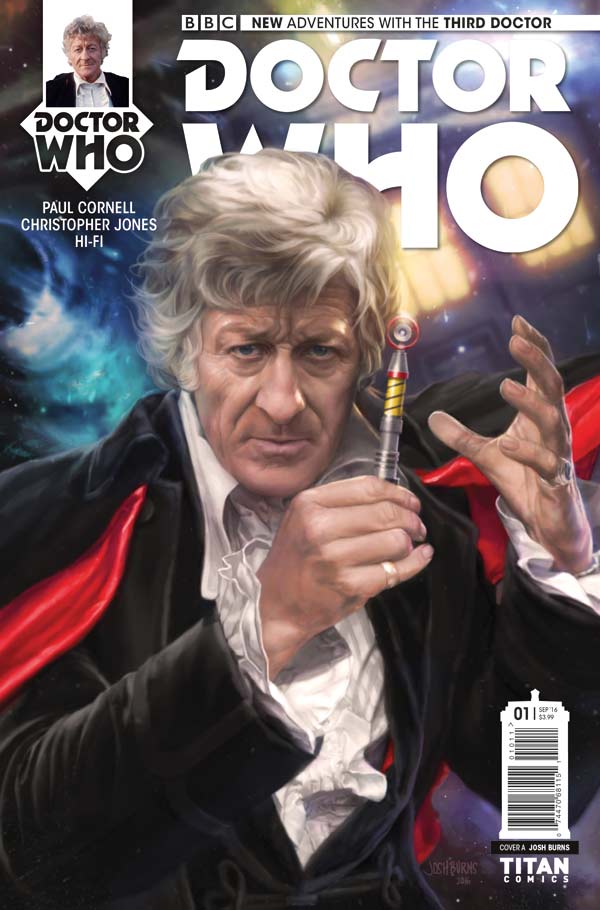 May 18, 2016 – BBC Worldwide North America and Titan Comics are excited to announce the return of the Third Doctor this August, in comics! This brand-new five-part comic series, written by fan-favorite Doctor Who scribe Paul Cornell (Wolverine, Action Comics, The Severed Streets), stars the Third Doctor, as played by Jon Pertwee, alongside companions Jo Grant (Katy Manning) and the Brigadier (Nicholas Courtney) in classic Doctor Who action.

Fresh off last year’s epic smash-hit, Four Doctors, Paul Cornell teams up with artist Christopher Jones (Young Justice, Marvel’s Avengers) to bring unexpected twists and turns to the lives of the Third Doctor and his companions in an all-new story, “The Heralds Of Destruction.”

Actor Jon Pertwee starred as the Third Doctor in 128 episodes from 1970 to 1974. Pertwee’s portrayal of the Doctor was a suave, dapper, and technologically oriented man of action, who spent his time stranded on Earth, working with the international military group UNIT.

When something enormous and extraterrestrial crashes into Bedfordshire, the Doctor, Jo Grant, and the forces of UNIT under Brigadier Lethbridge-Stewart mobilize immediately to investigate – and find themselves in the middle of a pitched battle against a terrifying invader! But the shocking face that awaits their return to base may tip their whole world off its axis.

Retailers can order issue #1 of Doctor Who: The Third Doctor from the June edition of Diamond PREVIEWS. This all-new storyline in the world of an old classic will delight longtime fans and freshly converted Whovians alike. Fans can find their nearest comic store at ComicShopLocator.com. 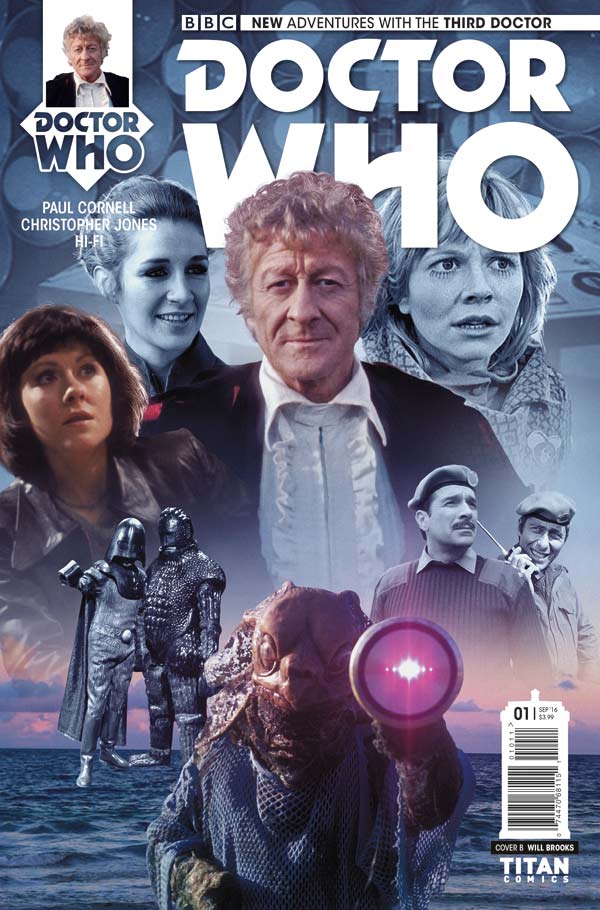 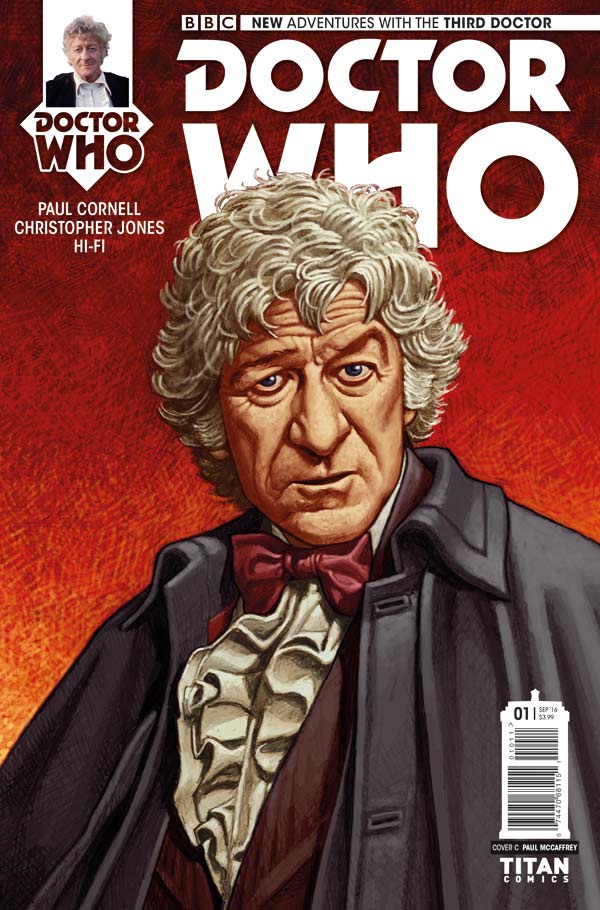 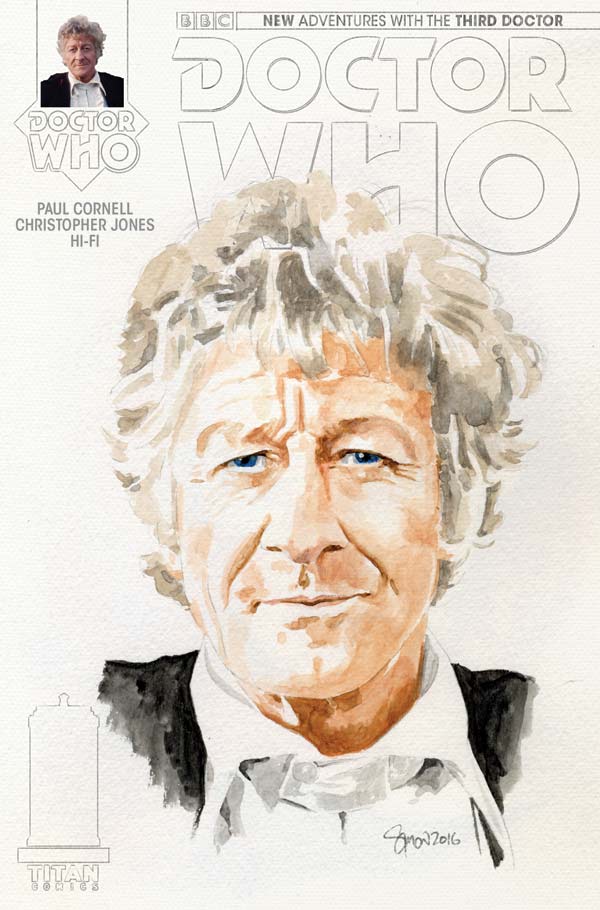 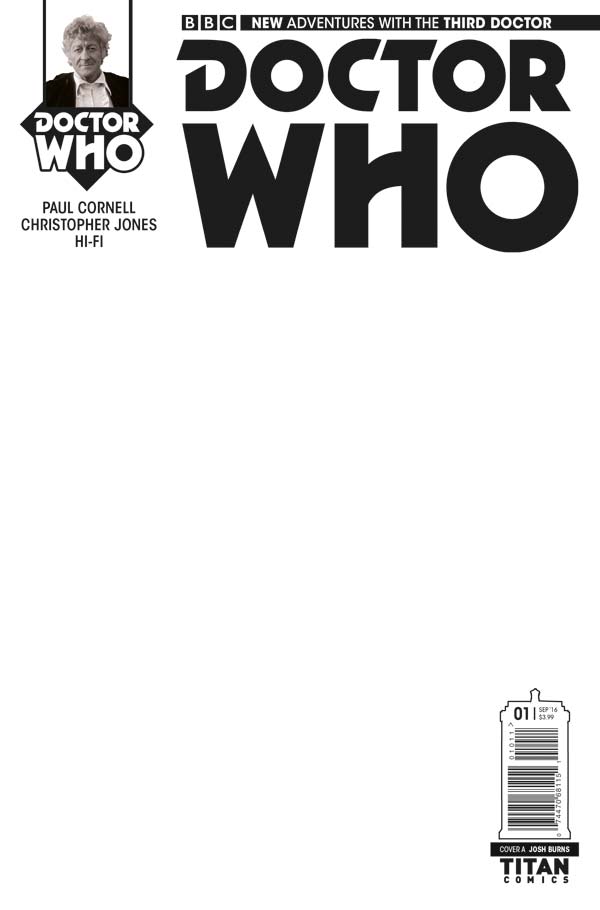 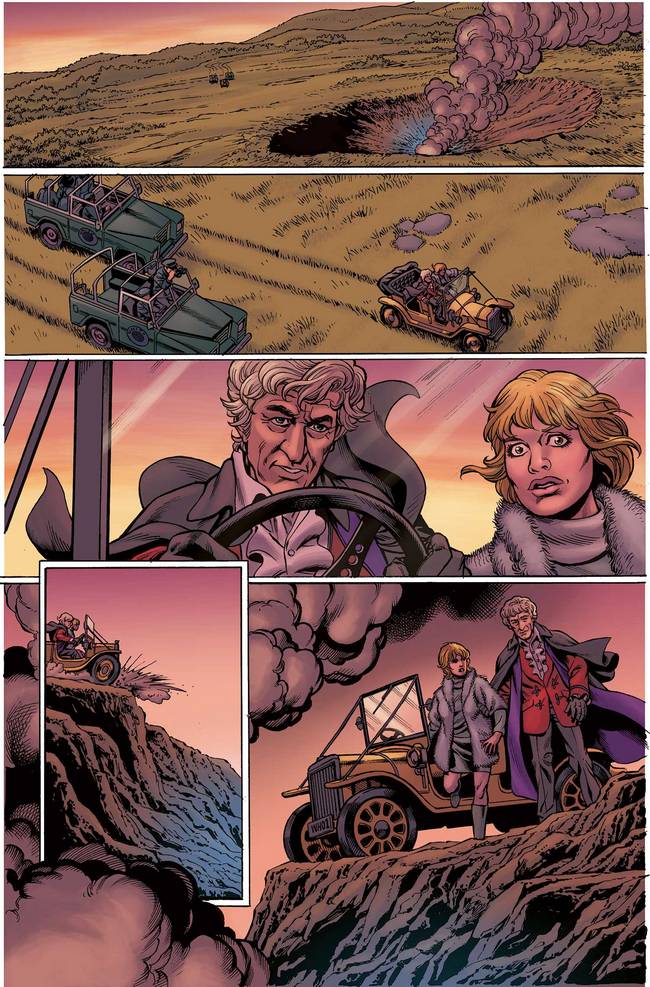