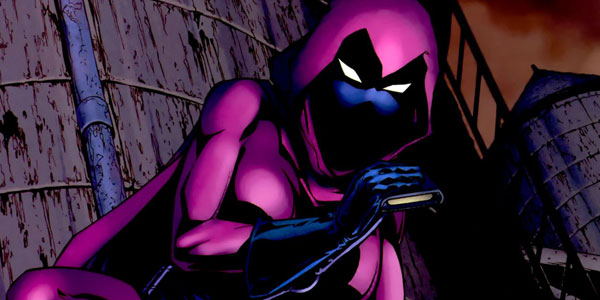 This week is an important one for many die-hard DC Comics fans. Precisely one year ago was the last appearance of fan-favorite character Stephanie Brown before The New 52 began and she took a seat on what DC Editorial refers to as “the bench.” Stephanie’s not alone on the bench by any means, joined by many other much-loved characters, such as Secret Six, Cassandra Cain, Wally West, Stargirl, Red Tornado, Xombi, Icon, Azrael, The Spirit, Metamorpho, The Warlord… the list goes on. We’ve recently seen first confirmation of some eagerly awaited returns, notably with the announcement of Black Lightning and Blue Devil starring in an upcoming DC Universe Presents storyline and Rose and The Thorn arriving in her own National Comics one-shot. Suffice to say, however, Stephanie’s current missing status is a loudly vocalized sore point for her fans.*

Speculation on why Stephanie hasn’t appeared in the past 12 months has run the gamut, from sales-based — her last series cancelled on a light 22,695 reported circulation — to conspiracy-based, wherein DC Editorial has singled her out for being kept out of the DC Universe. While there may be arguments for a degree of the latter (although I don’t personally subscribe to them), what seems to be missing in much of the discussion since the start of The New 52 is the history of this phenomenon over the last twenty-five years. What follows is a look at six fan favorite DC Comics properties who have lived on the bench — most far longer than 12 months — how they got there (including sales estimates where available), and where they are today. 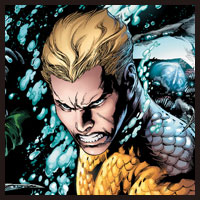 Lesson learned: Start slowly and build it up. Aquaman has a speckled history when it comes to maintaining an ongoing series. On one hand (get it? Heh.), he has had several runs most fans would consider definitive and no shortage of quality talent working on them. On the other hand (nope. Not going there.), the King of Atlantis also has a pop culture reputation for being the lamest of the Super Friends. How do you counteract that and ensure readers are going to be salivating for a new book? You take your time.

DC wisely spent a year between the resurrection of Arthur Curry and the launch of his ongoing title building Aquaman into a character we all wanted to read, and even longer doing the same for his co-star Mera. Reigniting a marriage that hadn’t been properly long term since before Aquaman led the Justice League Detroit has given the book a new spin and potentially a new audience. Blackest Night and Brightest Day gave us not one, but two badass aquatic champions that now outsell many Avengers and X-Men titles, not to mention most of DC’s own books. 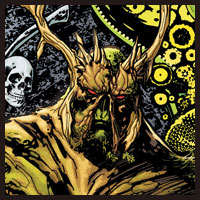 Lesson learned: It pays to wait for the right pitch. Swamp Thing is a case where having too popular a creative team on a previous run can clearly be a detriment. A few creators have had success on old Swampy since Alan Moore gave up the reins 25 years ago, most notably Mark Millar, but many top notch creators took a shot and fell short as well. Whether it was because they were too far adrift of previous versions fans loved, or conversely too similar, new iterations of Swamp Thing have had a bit of problem taking root (I should stop.).

Returning a human Alec Holland to the page was a great new twist that got a lot of fans sitting up and taking notice. Not even having his moss-covered alter ego appear until the seventh issue gave the title an early angle to separate it from previous try-outs. In addition, moving Swamp Thing back to the DC Universe proper from its home at the Vertigo imprint has also brought with it a ton of new reader potential, while not alienating an audience still looking for straight-up horror by a quality creative team. The stars aligned for this book’s success, and sometimes that’s worth waiting for. 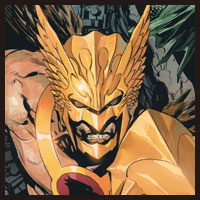 Lesson learned: Some characters just can’t be kept down. Hawkman is the character Grant Morrison famously referred to as “radioactive” — obvious precursor to today’s proliferation of the word “toxic” — in 1998 when told he couldn’t even use the name in his top-selling JLA book. Clearly, though, no one has quite given up on the winged warrior. Good thing too, as the James Robinson and Geoff Johns penned 2002 series stands out as one of the most critically acclaimed versions of the character since the Silver Age. I do not believe it was coincidence, however, that this most successful iteration came after a nearly six-year bench.

Fan enthusiasm, even desperation, can lead to a character whose return actually means something in our event-driven comics industry. Creators are not immune to this phenomenon either, as most are fans themselves, advocating for their favorites from within the industry as many of us are from without. What DC did for Hawkman in the late 90s was curate this enthusiasm carefully, making sure that when the time came to reintroduce their decades-long star, there were people waiting and the book would surpass its previous sales attempts. Judging by current numbers, maybe they should have taken the same approach more recently. 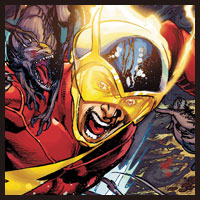 Lesson learned: Take a chance, even if conventional wisdom tells you otherwise. The Justice Society should be a lesson in the idea that great ideas stand the test of time, but that hasn’t always been the prevailing opinion at DC. With the merging of their home Earth 2 in Crisis on Infinite Earths, the JSA was left as the elder statesmen (and women) of the DC Universe — and a lot of editors felt their relative age was a detriment. Not believing that characters that operated in World War II could be relevant, the team was unceremoniously shuffled off to Ragnarok, destined never to return else the world be destroyed.

Fast forward nearly four years, the team is brought back for a title that failed to light up the sales chart. Many pundits took this as confirmation that they were right all along. Older heroes can’t sell. In another universe-altering event, the team was decimated and asked to quietly step aside — that is, until a new take could be devised. Now fully embracing the concept of an inter-generational team, the JSA has been a top seller ever since, blending tradition and fresh takes in equal measure. Even when it came time to relaunch the group in The New 52, DC was able to immediately triple flagging sales with a fresh exciting take. Characters may be de-aged, but at their root is a blend of traditional personality and heroism with increased diversity and a sense that anything can happen. 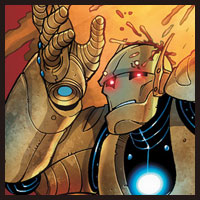 Lesson learned: Not every character can support a book all the time. On paper, the Doom Patrol seems like a surefire hit. One part heroic defenders in a world that fears and hates them (*cough* X-Men *cough*), another part just wildly weird fun, should add up to instant success. Unfortunately, only one creative team working on Doom Patrol since the Silver Age has lasted more than two years without cancellation: Grant Morrison and Richard Case. With all other runs lasting 18, 24, 22, 18 and 22 issues respectively, it’s no surprise DC wants to tread carefully with their next iteration. Does that mean we’ll never see the World’s Strangest Heroes again? Certainly not. If the history of comics teaches us anything, every character comes back. Every. Last. One. Even Lady Cop came back. Lady. Cop. 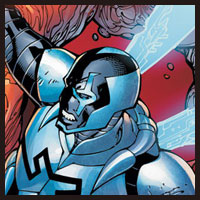 Lesson learned: Don’t ignore your own best practice. Only introduced in 2005, Jaime Reyes is a fairly new character, but DC has clearly been very committed to his success — keeping him consistently at the front of high profile series despite his own cancellation at around ten thousand units. Perhaps DC overestimated Jaime’s popularity in his appearances on the Smallville and Batman: Brave and the Bold television series. Perhaps they just believed the marketing opportunity of The New 52 would give him a positive boost. Either way, they were wrong. By relaunching Blue Beetle with nearly no thematic difference or time off from a previously failed series, DC is likely either headed back to the drawing board with Jaime soon, or will now be benching him for a much longer period of time.

More than any of the examples above, Blue Beetle could be a cautionary tale for the value of keeping characters on the bench until they are truly guaranteed a good shot. DC has a unique opportunity in The New 52 to be able to pick and choose which aspects of their characters are going to resonate most with fans, and therefore result in higher sales. For instance, I have loved Donna Troy, the former Wonder Girl, for thirty years as if she was a girl growing up next door. Her absence in current continuity saddens me to no end. Even so, I’m not sure the woman I grew up loving is the divorced/widowed, twice de-powered, thrice origined super-hero that, in my estimation, only a handful of writers handling her understands. Some time away may not be the worst thing in the world if she returns a stronger, more viable character — one that will never have to be put through such a wringer again in attempts to make her interesting (or coherent) to the audience as a whole.

So, the question I have to ask myself is, do I want my favorite character to return right now or just right?

* If you’d like information on how to participate in a fan movement to return Stephanie Brown to the pages of DC Comics THIS WEEK, check out this link to Waffles for Stephanie.