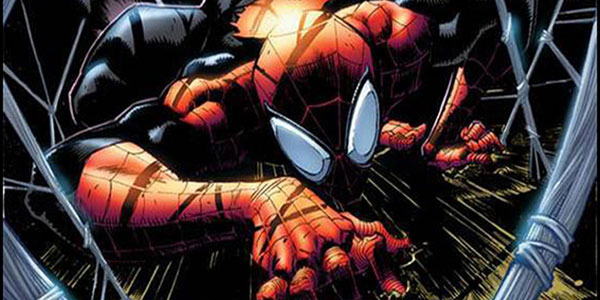 I am always genuinely impressed by the vigor with which fans react to the monthly twists and turns of their favorite comic book. As a testimonial to the power of these characters — and the craft of the creative teams behind them — you can’t beat insane message board and twitter uproar. Meanwhile, it’s completely unpredictable what change or development is going to hit us the hardest. There doesn’t seem to be a clear pattern to predict reaction, which leads a lot of comic creators, and the companies that back them, adrift in a sea of what can often only be regarded as “internet crazy” for a week or more. (For instance, I’m still truly befuddled as to why it matters that Tim Drake was always called Red Robin, but perhaps I should leave that item in Pandora’s Box for now. No need to ruffle those feathers unnecessarily.)

This week saw the release of Amazing Spider-Man #699, where, as a follow-up to a magnificent last page reveal in the previous issue, we learn more about Spider-Man’s potential status quo for the near future. With a new ongoing title launching in January called Superior Spider-Man that we are told will NOT feature Peter Parker as Spider-Man, this week’s release gave us a pretty clear picture of who’s going to be wearing that famous full-face mask. Fan reaction, particularly that aimed at the writer Dan Slott, has been something of a testimonial to the dedication each reader has to his or her favorite character. It’s also been, to put it mildly, batshit crazy.

Crazy, because one of the absolute, indisputable tenets of super-hero comics for the last 30 years has been “Nothing is permanent. The status quo always returns.” For better or worse, everything always cycles back to the most recognizable version of the ongoing story. Whether because DC and Marvel have intellectual property to protect that generates more money in media beyond the comic book page, or because at their core, creators are old school fans as well, it’s never too long before the way we were comes back around to the here and now.

There is definitely an illusion of change at play in any grand endeavor, be it DC Comics’ The New 52 or Marvel NOW! — that is indeed part of what makes these launches so exciting. But at the end of the day, if you’re worried Superman and Lois Lane will never again hold hands under an apple tree, I have a mint Jim Lee X-Men #1 to sell you. It’ll pay for your kids’ college tuition someday. I promise.

All this furor this past few weeks about destroying childhoods and ruining characters got me thinking though. What if? What if every major change that happened to a character in a super-hero comic actually was permanent? What would that universe look like? I’m not entirely sure about the Marvel Universe (because, I’m told, this week’s Amazing Spider-Man has retroactively demolished any chance for future happiness. For real.), but I can certainly speculate on the DC Universe. Hmmmm. What if? 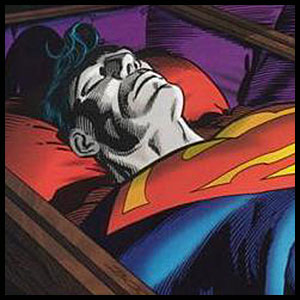 Having kicked the bucket in an epic battle against Doomsday back in 1992 (Superman #75), the Man of Steel went to a permanent place in the ground, never to be seen again. Fortunately, four makeshift replacements surfaced almost immediately, and twenty years later, three of them are still knocking around the DC Universe. Superboy, of course, remains much the same, a perpetual 16 year-old running alongside the Teen Titans. John Henry Irons, the new man of Steel, would end up headlining his own book and ultimately several films — none of which starred Shaquille O’Neil, mind you. No, the Steel film trilogy, based on his secret origin and subsequent defeat of the revitalized Doomsday, would be headlined by Idris Elba. Meanwhile, the Eradicator would take on Clark Kent’s secret identity, marry Lois Lane, and ultimately leave Earth with her and the inhabitants of the Bottle City of Kandor to colonize worlds beyond. Establishing a new Kryptonian dynasty, the Eradicator becomes the primary protector of uncharted space territory after the permanent destruction of the Green Lantern Corps.

Batman is a French guy. 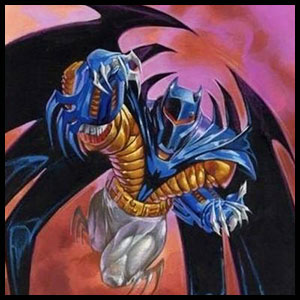 Following the events that shattered Bruce Wayne’s spine and led him to inhabit a wheelchair, Jean-Paul Valley took on the mantle of the Bat (Batman #600) and adopted a much harsher tone toward the criminals of Gotham City. Wiping out criminals one by one, Valley ultimately developed a police state across much of the eastern seaboard. Thanks to the timely occurrence of a massive earthquake, Gotham would become the capital of a No Man’s Land separate from the United States — much to the dismay of Congresswoman (and soon to be elected President) Barbara Gordon. Over the years, Valley’s line of thinking softened and brought out the true hero from underneath the years of programming he underwent as an assassin for the Order of Dumas. Teamed once again with a sidekick — Robin the Girl Wonder — Valley would lead this small isolated nation to relative security and peace. That is, until the mysterious Oracle began his cyber-attack on the Batcave’s centralized control unit.

Wonder Woman is a judo champ. 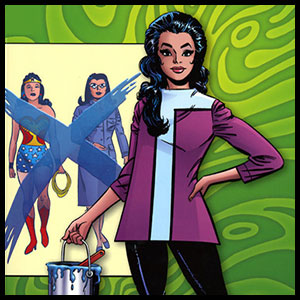 Having surrendered her powers and connection to her Amazon sisters in order to continue her mission in “Man’s World,” Diana Prince dons some decidedly mod clothing and sets out to become a martial artist (Wonder Woman #178). Initially partnered with the master monk I Ching, Diana quickly found her way in the world, fighting street level crime and taking guff from no man, that is, until meeting one suave Oliver Queen. Following the death of her mentor and a failed relationship with the Green Arrow, Wonder Woman seemed lost. It took the intervention of the mysterious Oracle and a new partnership with an angry and young Helena Wayne to get her life back on track. Now the foremost martial artist in the DC Universe, and the leading member of the Birds of Prey, Diana Prince has regained her place at the forefront of super-heroics, and still has the best outfits you can imagine.

Green Lantern is (still) a villain. 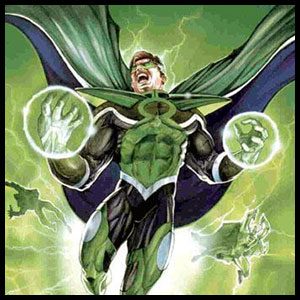 After the death of Superman and the destruction of Coast City by a fourth mystery replacement, the Cyborg Superman, Hal Jordan went a little bit nuts — and maimed or killed the entire Green Lantern Corps (Green Lantern #50). The last Green Lantern ring managed to find its way to Kyle Rayner, now sole holder of the remaining Oan power and decidedly Earth-bound hero. With Sinestro also dead at the hands of Jordan, Rayner had little reason to venture out into space, but plenty of reason to defend his home planet from the man now known as Parallax. As Parallax, Jordan would ultimately kill dozens of heroes, foremost among them The Flash, Donna Troy, Hawkman, Green Arrow, and Metamorpho. As everybody that dies in the DC Universe stays dead, Jordan remains an irredeemable murderer to this day, and the chief opponent to the long-standing, much respected Justice League of America.

The JLA blossoms… in Detroit. 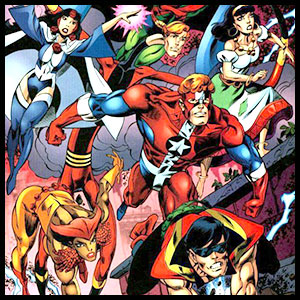 There’s no question the new Justice League of America got off to a rocky start. When Aquaman disbanded the team and relocated his ragtag group of recruits to sunny Michigan (Justice League of America Annual #2), the world laughed. And laughed. And laughed. Decades later, the team he forged quite by happenstance — the Martian Manhunter, Zatanna, the Elongated Man, Vixen, Steel, Vibe and Gypsy — are known as “The Big Seven” of the super-hero world. When Superman died, the Martian Manhunter took up the slack. When the Batman refocused his attention back on Gotham City exclusively, the Elongated Man became known as the world’s greatest detective. Vixen took over Wonder Woman’s role as the premier super-heroine, inspiring millions of young girls to create cardboard Tantu Totems and grow up to make a difference in the world. And they did it all to honor Aquaman, who bled out when submerged in a pool of piranhas by a maddened enemy. Even Vibe, initially the most laughable of all the team, headlines his own series and became an icon in his own right.

On the other hand, maybe it’s better that change in comics doesn’t stick after all. I mean, who would believe Vibe could get his own series? Anyone?