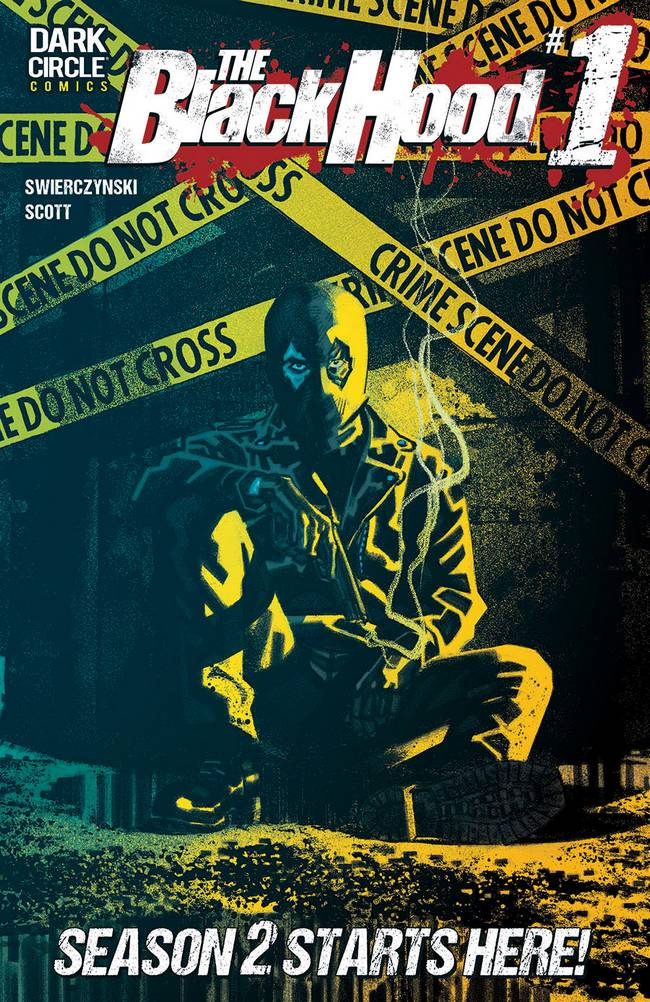 After the game-changing events of the first season of the genre-defying Dark Circle Comic series, former police officer Gregory Hettinger has given up the mantle of The Black Hood for good. With his absence comes the arrival of a deadly assassin known as The Nobody, who’s willing to slaughter dozens in his quest to draw out The Black Hood. How far is Hettinger willing to go before he finally steps forward to face an unbeatable opponent?

Picking up where the previous series left off but also serving as the perfect jumping on point for new readers, THE BLACK HOOD #1: SEASON 2 continues the creator-driven approach to Dark Circle Comics’ reimagining of the classic Red Circle superheroes. Season 2 also promises to take The Black Hood out of his familiar surroundings of Philadelphia and into new, uncharted territories for the former cop-turned-vigilante.

“The exciting thing about this next season is that we’ll be taking the Hood on the road. The one thing he’s always had in his corner is his knowledge of the City of Philadelphia. But that won’t do him much good this time around,” says series writer Duane Swierczynski. “I’m seriously excited about the Hood’s new antagonist, who is smart, focused, aggressive and relentless — pretty much the worst kind of person to have on your ass.”

Dark Circle Comics Editor Alex Segura spoke on the series returning this fall with a new season and new #1, “When we reached the end of the latest storyline, “The Lost Crusade,” it made sense to take a break and return with a new #1. It also gives fans a great opportunity to step into the series. We’d love for them to go back and read the first 11 issues, but this new #1 comes in with zero baggage. If you’ve heard about this book and were curious to try it out, now’s the time.”

“Duane and Greg are at the top of their game and this book is just a pleasure to watch come together. I have to give a hat tip to the killer colorist Kelly Fitzpatrick and letterer Rachel Deering, too, who are an essential part of what makes this book hum. Dark, gritty, unflinchingly hardboiled storytelling in the same vein as CRIMINAL or 100 BULLETS,” said Segura.

In additional Dark Circle news, Segura expanded on the status of the line and its future.

“I want to assure people that we are committed to these characters and these books. We are moving full-steam ahead on concluding the initial arcs of THE SHIELD and THE HANGMAN – with THE SHIELD #3 and THE HANGMAN’s fourth issue hitting in October. I’m also excited to announce that THE BLACK HOOD artist Greg Scott will be joining Adam Christopher and Chuck Wendig on the fourth issue of THE SHIELD, which will close out Victoria’s debut story in grand style. But keep your eyes peeled for THE SHIELD #3, which closes out artist Drew Johnson’s masterful run on the book – it’s his best issue yet. As for the future of Dark Circle, we’ll be making some cool announcements in the months following the launch of THE BLACK HOOD’s second season that should get fans jazzed for what’s to come.”

THE BLACK HOOD #1: SEASON 2 will arrive in comic book stores this September.

The acclaimed crime comic returns with an all-new #1 issue—a perfect jumping-on point for new readers. “The Nobody Murders, Part 1”: The Black Hood is no more. Sure, there are rumors that the former cop known as Greg Hettinger is still out there, blending in with the homeless population—and emerging only to stop a violent attack before vanishing again. But the ruthless assassin known as The Nobody considers the Black Hood a loose end, and he’s willing to slaughter dozens to flush him out. How high must the body count rise before Greg steps forward to face an opponent he can’t possibly beat? Dive into the book UPROXX calls “Highly recommended” and THE MIAMI HERALD regards as “Noir fiction fans will surely dig,” as a new season of THE BLACK HOOD kicks off from the killer creative team of Swierczynski and Scott! 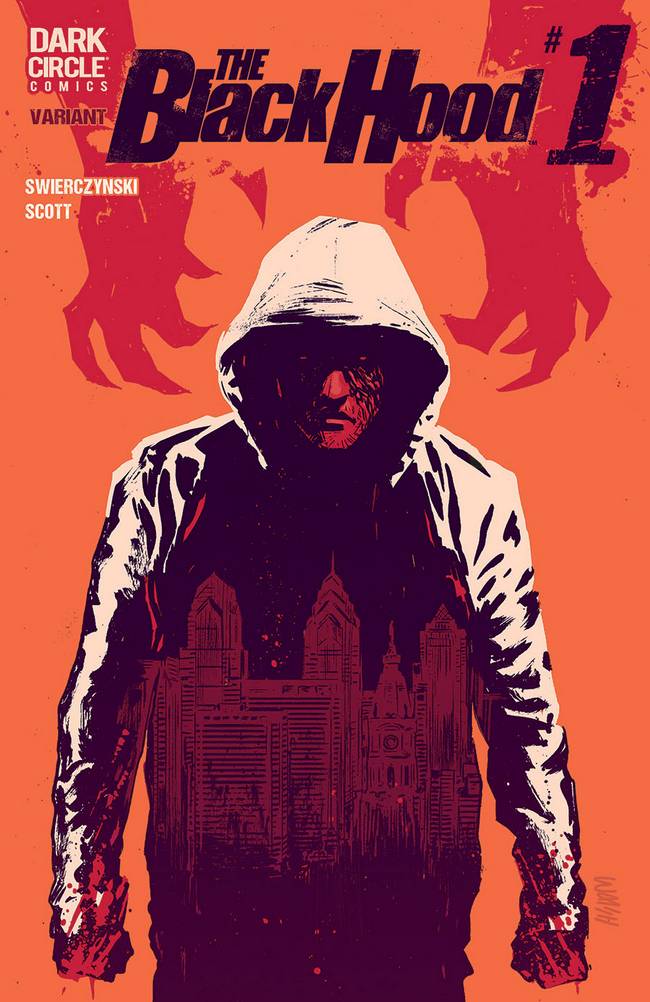