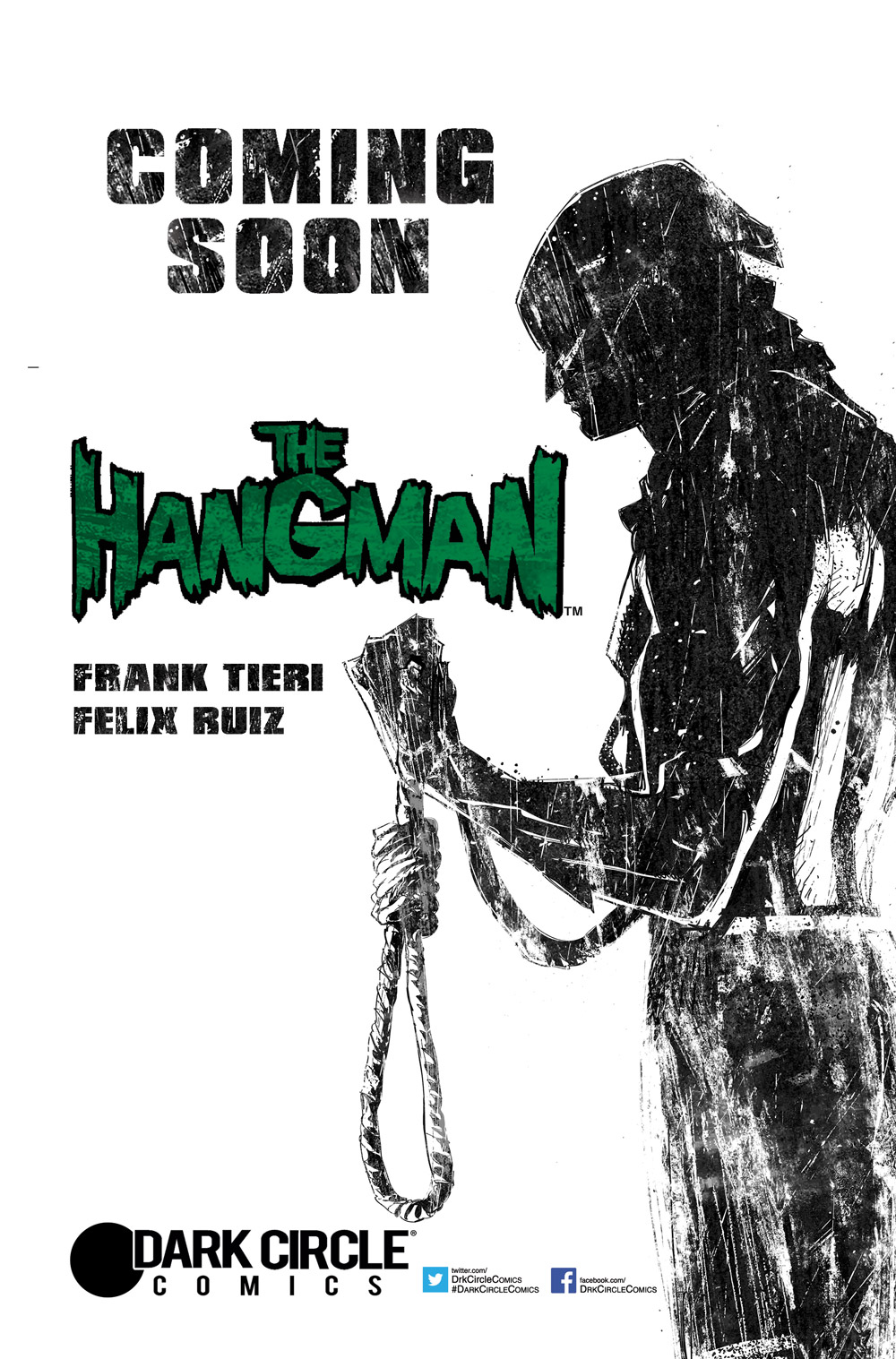 Dark Circle Comics is proud to announce the newest title in its genre-defying superhero line-up, THE HANGMAN, by writer Frank Tieri and artist Felix Ruiz.

First revealed on Comic Book Resources, THE HANGMAN, launching later this year, will be a fresh interpretation of a classic superhero character – but not in a way that readers expect.

“THE HANGMAN isn’t a book for the squeamish,” explained Dark Circle Comics Editor Alex Segura to Comic Book Resources. “We want to explore different genres and push the envelope with some of the best talents in comics and beyond. This book will surprise people. It’s not what you expect — which is exactly what Dark Circle is about.”

The launch of THE BLACK HOOD #1 in February set the tone for the Dark Circle Comics imprint as a no-holds-barred, anything goes line of superhero comics. THE HANGMAN “isn’t a book for the squeamish,” said Segura, comparing it to “Quentin Tarantino adapting a Stephen King novel.”

Frank Tieri, having written stories featuring popular comic book characters such as Deadpool and Wolverine, is no stranger to the darker side of superheroes. Tieri will team with Felix Ruiz, known for his frenetic and gritty art on titles including Wolverine: MAX, to tell stories about “the vile disgusting parts of ourselves we don’t like to talk about.” Tieri promises the book will be dark and gritty yet will also about seeking redemption.