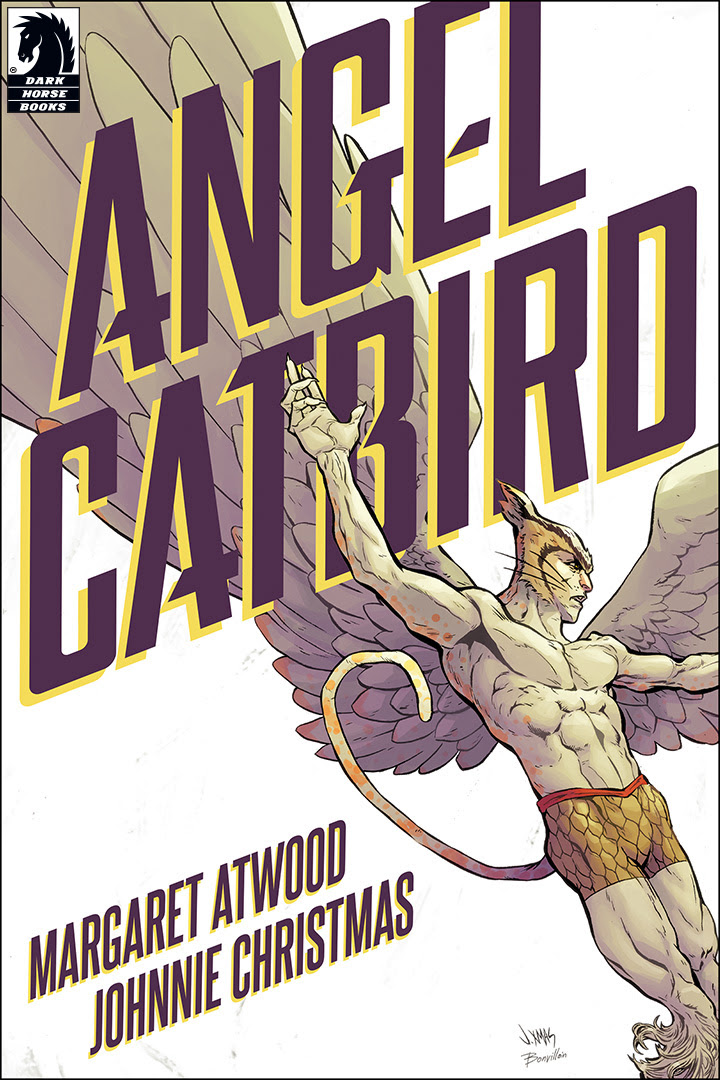 December 8, 2015—Dark Horse Comics announced today the publication of Angel Catbird, the first graphic novel by Margaret Atwood, the Booker Award–winning author of The Blind Assassin, The Handmaid’s Tale, and The Heart Goes Last. Angel Catbird is a unique and ambitious collaboration between Atwood and artist Johnnie Christmas (Sheltered) that tells the story of an unusual superhero over the course of three all-ages graphic novels, the first of which will be published by Dark Horse Comics in the fall of 2016. The project is being published in tandem with Keep Cats Safe and Save Bird Lives, an initiative led by Nature Canada, the oldest conservation charity in the country.

“I have concocted a superhero who is part cat, part bird. Due to some spilled genetic Super-Splicer, our hero got tangled up with both a cat and an owl; hence his fur and feathers, and his identity problems,” said Atwood.

“What should you expect from Angel Catbird? Imagine, if you will, a strange mix of Will Eisner’s The Spirit, Grant Morrison and Chas Truog’s Animal Man, and Ryan North and Erica Henderson’s Squirrel Girl,” said acquiring editor Daniel Chabon. “Angel Catbird is a humorous, action-driven, pulp-inspired story. And the only other thing I can tell you at this early date is to expect a lot of cat puns.”

“I wanted to find an artist whose style Margaret liked, and who I felt comfortable working with and who shared the vision for the project,” said consulting editor Hope Nicholson (The Secret Loves of Geek Girls), who brought Angel Catbird to Dark Horse. “Johnnie Christmas is, by all accounts, a perfect fit.”

“It’s tremendously exciting to work with one of the great contemporary novelists,” said Johnnie Christmas. “I can’t wait for readers to experience the world of Angel Catbird that we’re building. It’s got warmth, heart, humor, and lots of action.”

Angel Catbird will be a three-volume series of 6 x 9–inch full-color trade paperbacks priced at $10.99 each. More information about the Angel Catbird graphic novels and Nature Canada’s campaign will be released in 2016.