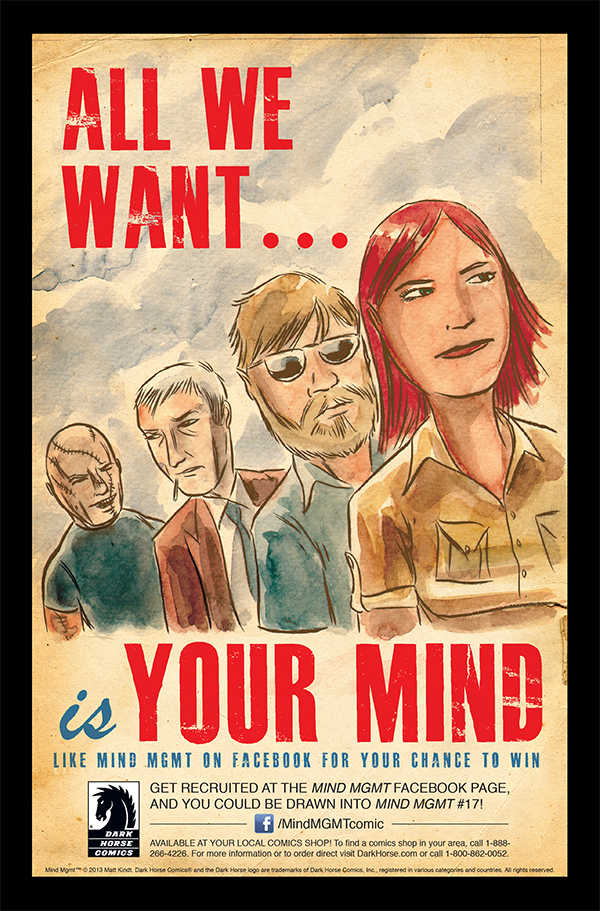 Dark Horse Comics has announced a new contest where a lucky reader can be penciled into Mind MGMT #17. 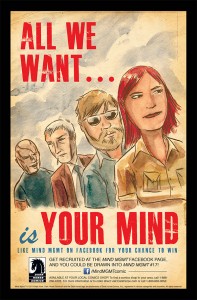 MILWAUKIE, OR, AUGUST 12—The recent release of MIND MGMT #13 kicked off an all-new arc of this critically acclaimed series, currently in its second year at Dark Horse. To celebrate, Dark Horse and series creator Matt Kindt are offering fans a very special opportunity.

By simply Liking the official MIND MGMT Facebook page, you will be entered into a drawing to, well, “enter a drawing.” That’s right: One lucky fan will actually be drawn into the seventeenth issue of the ongoing series! If you are one of the readers who were ahead of the curve on this and have already liked this page, you are already eligible!

MIND MGMT follows a young journalist who stumbles onto a much bigger story than she bargained for while investigating a bizarre case of memory loss on a commercial flight. Her ensuing journey involves weaponized psychics, hypnotic advertising, talking dolphins, and seemingly immortal pursuers, as she attempts to find the flight’s missing passenger, the man who was MIND MGMT’s greatest success—and its most devastating failure. But in a world where people can rewrite reality itself, can she trust anything she sees?