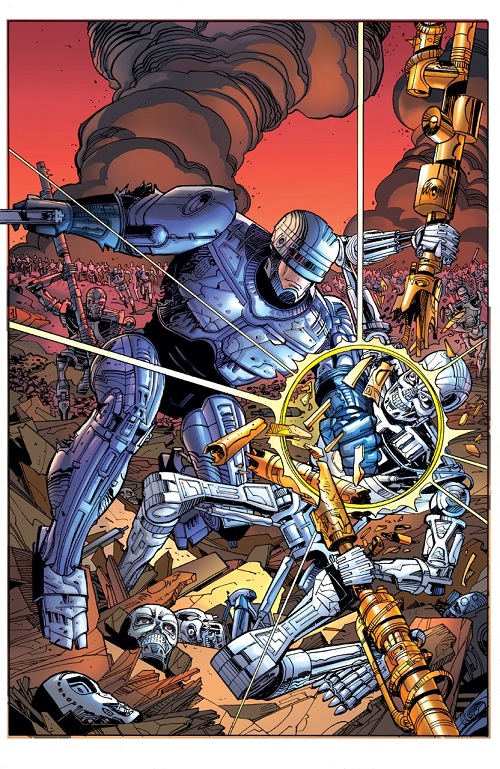 MILWAUKIE, OR, FEBRUARY 21—Nearly twenty years after its first publication, the classic four-issue miniseries that teamed two great characters with two great creators, Frank Miller and Walter Simonson’s RoboCop versus The Terminator, returns to print in two formats: a hardcover graphic novel and a gallery edition!

Comics’ greatest creators pit the supreme machine killer against the ultimate cybernetic cop in one of the most celebrated crossovers ever! When fate reveals that the technology that built RoboCop will lead to the creation of Skynet, Alex Murphy must engage in time-twisting battle against both the murderous computer network and the human resistance fighters out to destroy him! This newly restored collection features remastered colors from Steve Oliff and an introduction by 2 Guns writer Steven Grant!

The super deluxe RoboCop verus The Terminator Gallery Edition ushers in Dark Horse’s new gallery series format—reprinting Walter Simonson’s original art at full size, exactly as it appeared on his drawing table! Relive Simonson and writer Frank Miller’s seamless blend of the RoboCop and Terminator worlds while marveling at the sheer virtuosity of Simonson’s draftsmanship in all its original glory.

In addition to the full story, the gallery edition provides the greatest insight available into Simonson’s process, with pages of his original pencils and promotional art faithfully reproduced, along with a revealing foreword by the artist himself!

“When Frank first sent me the story for the series, I loved it. And it was both a treat and a challenge to try to bring it to life in pictures,” said Walter Simonson. “I couldn’t be more pleased to see RoboCop versus The Terminator back in print after all these years. I can only hope that a new generation of readers will take as much delight in discovering the series as we took in creating it.”

The RoboCop versus The Terminator hardcover graphic novel collection arrives on sale at finer comic shops everywhere on July 2, 2014, for $24.99. The gallery edition will be available on July 9 for $125.00. 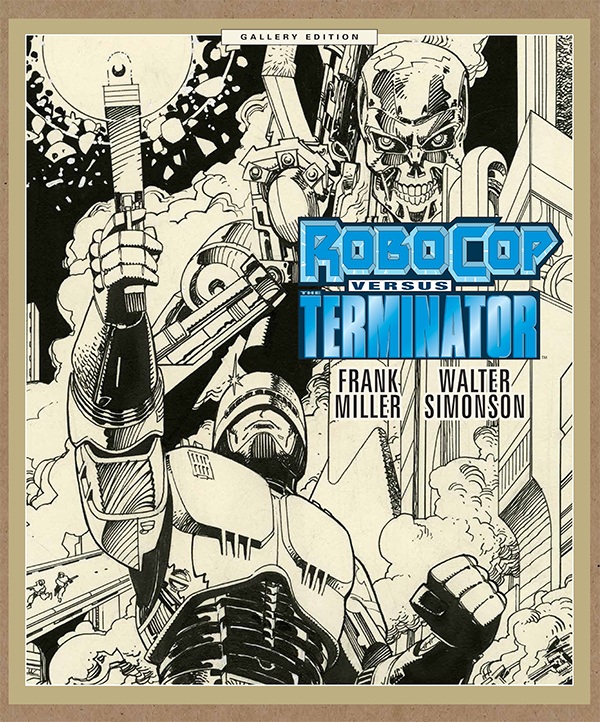