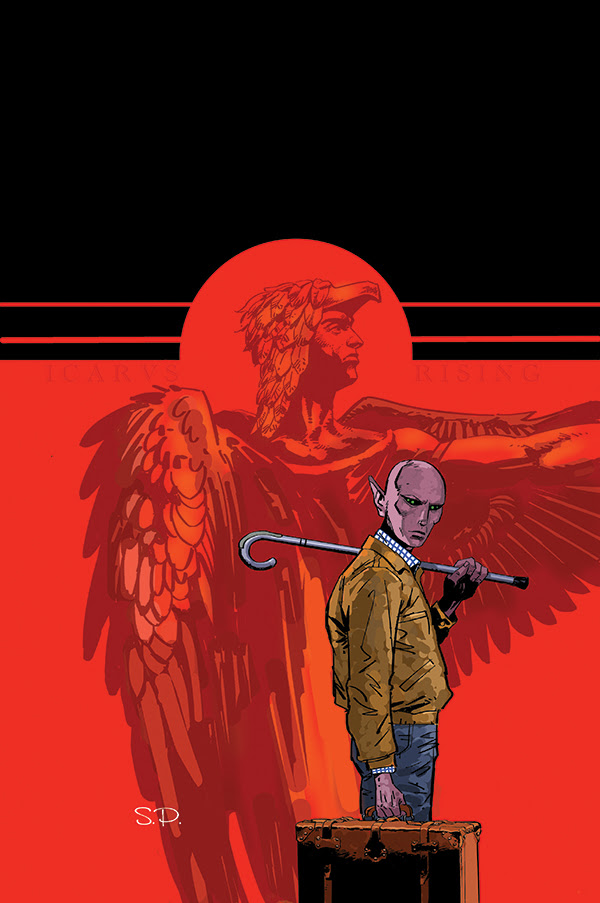 Dr. Harry Vanderspeigle is actually a stranded alien explorer hiding out in a sleepy town in the Pacific Northwest. His short time as a doctor in Patience, Washington, has kept him busy solving mysteries, though! With a few successes under his belt, Harry tackles another one after the contents of an old briefcase hint that a murderer could be hiding in town in plain sight—using an alias. Sound familiar?

Resident Alien: The Sam Hain Mystery #0 (the first of a four-part series) is on sale April 29, 2015, from Dark Horse Comics. Preorder your copy today!

“A pitch-perfect narrative from two of my favourite creators.”—Alan Moore

“A sci-fi murder mystery, Resident Alien: The Suicide Blonde engages its readers with a supporting cast of quirky characters and a weird-looking protagonist.”—Bloody Disgusting

“If you enjoy mysteries and a bit of sci-fi then you’ll love this genre defying series that nails both.”—Comic Bastards

“This is a charming and attractive comic, and I’d bet that if you try this comic, you’ll fall in love with it.”—Comic Book Resources