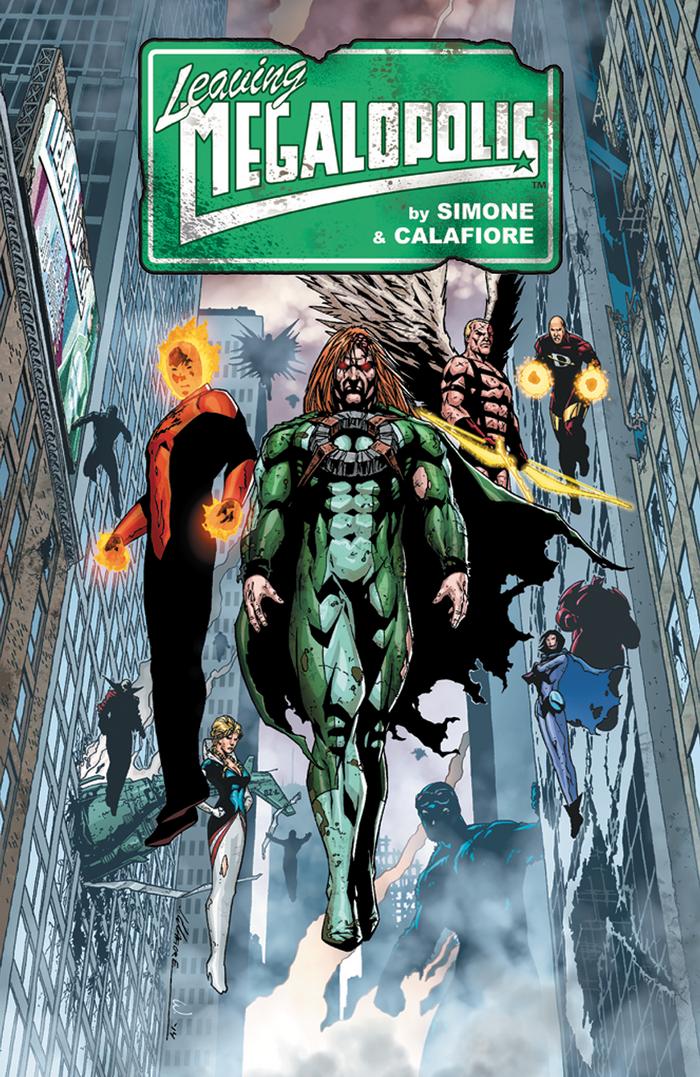 Dave Wachter (Night of 1,000 Wolves, Breath of Bones) and James Andrew Clark (Scar Tissue) began The Guns of Shadow Valley as a webcomic of western adventure and the supernatural. It was nominated for the Eisner Award for Best Digital Comic in 2010 and for the Harvey Award for Best Online Comics Work in 2011.  Read the exclusive interview on Bloody Disgusting!

Somewhere in Shadow Valley lies a secret that could forever change the frontier. Only a posse of gunmen with special abilities can defend that secret from a tribe of ghostly warriors, an advancing army led by a deranged colonel, and the perils of the valley itself.

When the caped heroes of the world’s safest city inexplicably turn into homicidal maniacs, no one is safe. The only rational thing to do is to get the hell out of town. If only it were that easy. A small group of terrified survivors make a desperate run for the city limits, chased by unspeakable evil!

The Guns of Shadow Valley is on sale August 13, and Leaving Megalopolis is on shelves September 10. Preorder your copies today! 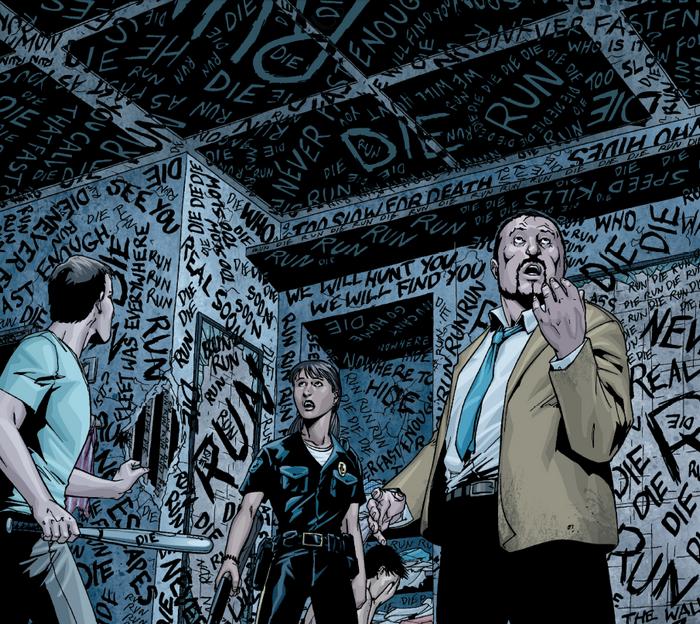 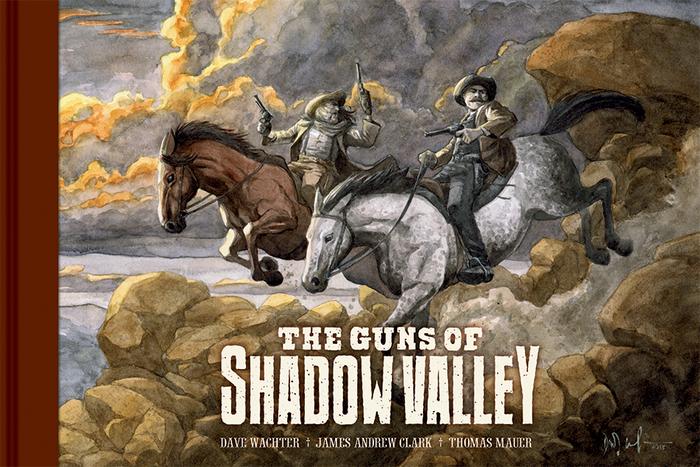 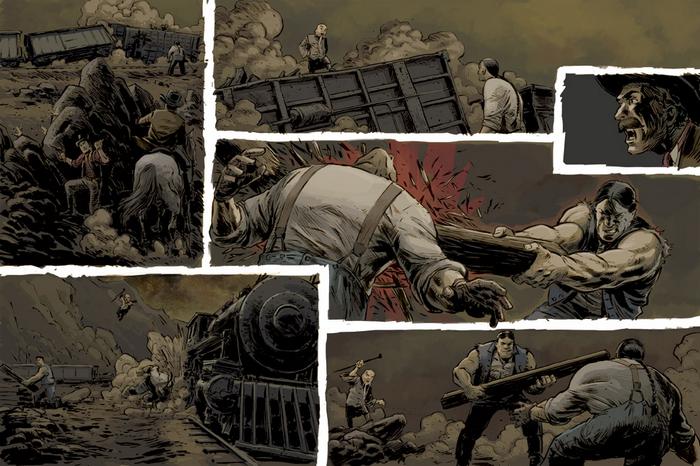