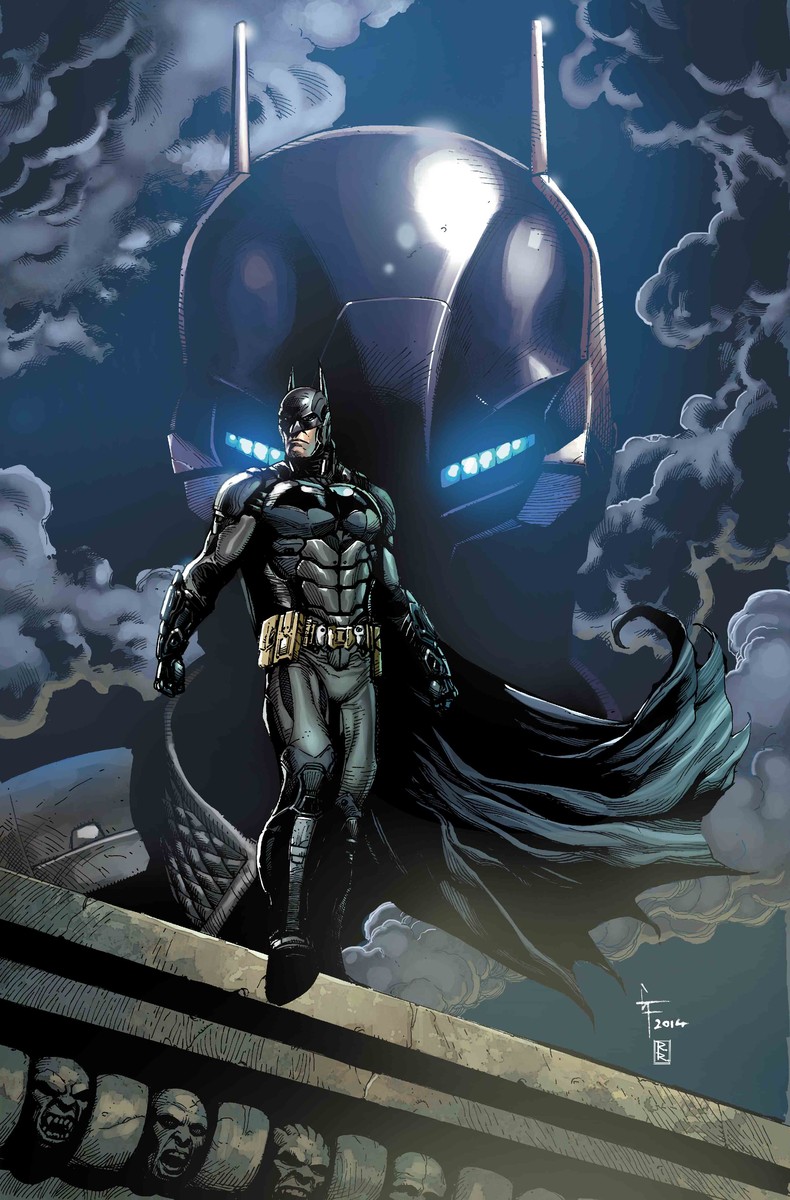 Gamers rejoice! In February 2015, the BATMAN: ARKHAM KNIGHT comic book series will begin to tell the prequel story to Rocksteady Studios and Warner Bros. Interactive Entertainment’s highly anticipated video game of the same name. The Digital First comic book will be written by Peter J. Tomasi with art by Viktor Bogdanovic and Art Thibert. Cover artist for the series will be Dan Panosian. The first issue, on sale March 11, will include two variant covers, one by Gary Frank and the other will feature art from the game.

Fans of the award-winning and bestselling game series, including previous releases Batman: Arkham Asylum and Batman: Arkham City, know The Joker is dead and Arkham City is closed. As a new day begins, Bruce Wayne finds himself in devastating pain, recovering from his injuries and questioning whether his role as Batman is still necessary to the city’s survival. But as the sun rises in Gotham City, dangerous new threats emerge from the shadows…and the Arkham Knight is just beginning. This in-continuity prequel comic set prior to the events of the brand-new video game Batman: Arkham Knight is a must-read!

Batman: Arkham Knight is the epic conclusion to the Arkham game franchise, set to hit shelves on June 2, 2015. The game will be released for PlayStation 4, Xbox One consoles, and Microsoft Windows. Preorder for the game is now available.