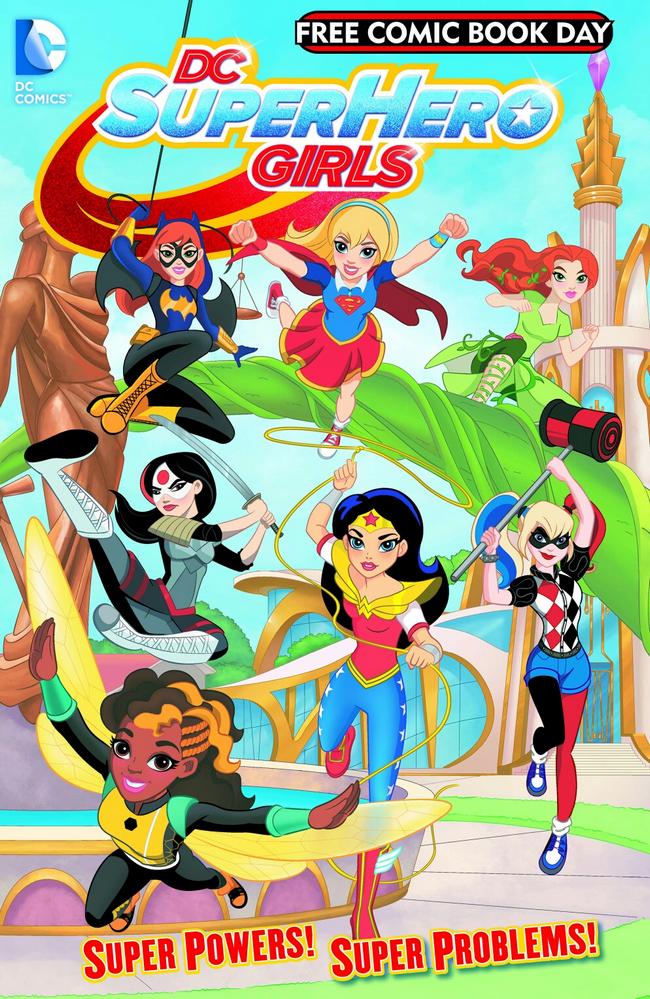 Saturday, May 7 is Free Comic Book Day, and DC Entertainment is bringing comic fans hard hitting action and a big dose of “Girl Power” in equal measure! In anticipation of the August 5 big screen debut of Suicide Squad writer Adam Glass and artist Marco Rudy introduce you to the villains that take on the dirtiest jobs in the DC universe with a special edition issue of Suicide Squad #1, the first chapter of the iconic graphic novel SUICIDE SQUAD VOL. 1: KICKED IN THE TEETH. Then it’s time to “Get Your Cape On” with a sneak peek of the highly anticipated original graphic novel DC SUPER HERO GIRLS: FINALS CRISIS, courtesy of Shea Fontana and Yancey Labat. Retailers worldwide will be providing both of these comics to fans on Free Comic Book Day, Saturday, May 7.

Harley Quinn, Deadshot and King Shark lead a lethal team of death-row Super-Villains recruited by the government to take on missions so dangerous – they’re sheer suicide!

Class is in session! Welcome to DC Super Hero High!

DC Super Hero Girls is an exciting new universe of superhero storytelling that builds character and confidence and empowers girls to discover their true potential.

It’s the day before finals and the student body is hard at work…and nothing is going right! Wonder Woman spars with Cheetah in gym class as Batgirl and Supergirl watch from the sidelines. In the next class, the girls sit next to an empty seat. Where could Supergirl be?

Don’t miss this chance to meet the students as they find out that fun, friendship and hard work are all part of growing up!

Check with your local comic book shop for more details. 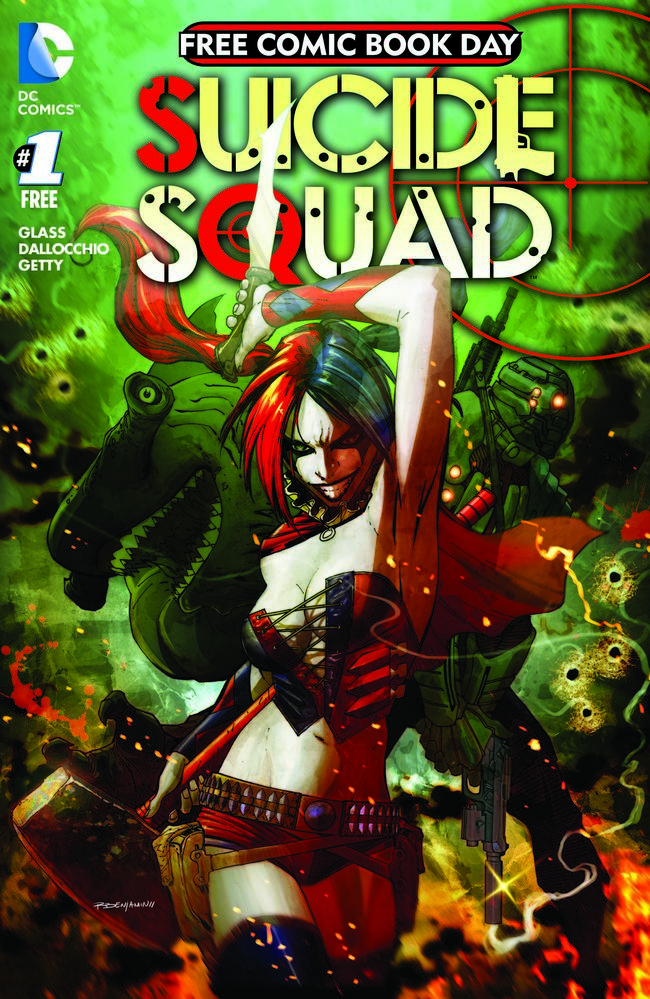