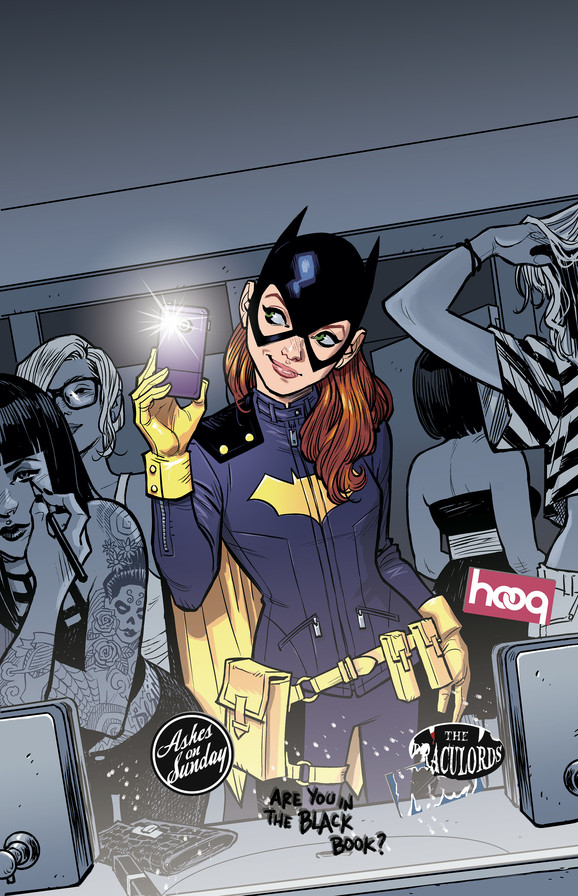 MTV just announced that Cameron Stewart (BATMAN INC.,THE MULTIVERSITY), Brenden Fletcher (WEDNESDAY COMICS), and rising star Babs Tarr will take over as the creative team of BATGIRL starting in October with issue #35. Barbara Gordon is no stranger to dusting herself off when disaster strikes… so when a fire destroys everything she owned, she spots the opportunity for a new lease on life — and seizes it! Following the rest of Gotham’s young adults to the hip border district of Burnside, Barbara sets about building an all-new Batgirl… and discovers all-new threats preying on her peers!Stewart told MTV that Barbara “wants the opportunity to have some fun and live the life of a young, single girl in the city, so she packs up and moves to Burnside, the cool, trendy borough of Gotham, to focus on grad school.” Fletcher continued “Barbara allows herself to be immersed in youth culture for the first time, exploring the social side of life in Burnside. That’s not to say there isn’t mystery, of course! Try as she might to live a “normal” life, Barbara very quickly finds herself drawn back into the world of crime fighting.” BATGIRL #35 arrives on October 8th.Check out the cover by Cameron Stewart above. For more details and to read an interview with the team, head on over to MTV. And stay tuned as departing BATGIRL writer Gail Simone has a new project to be announced soon.